Boeing’s little delta wing is all grown up and flying on its own for the first time. The Phantom Ray... 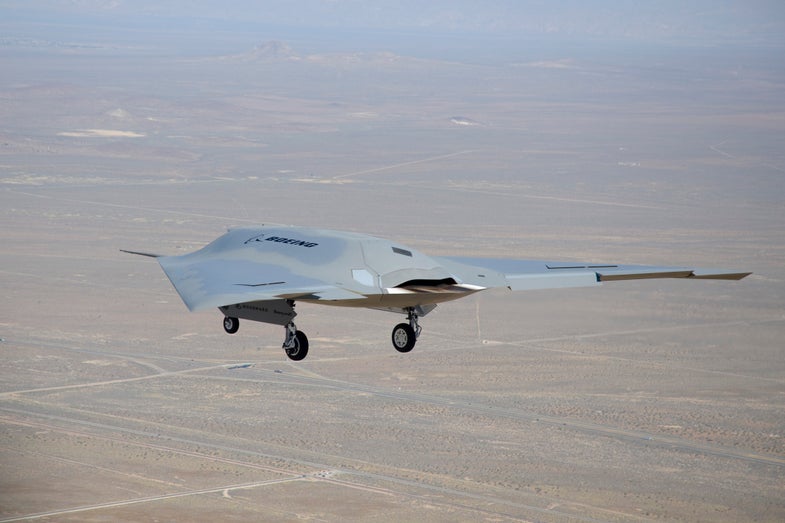 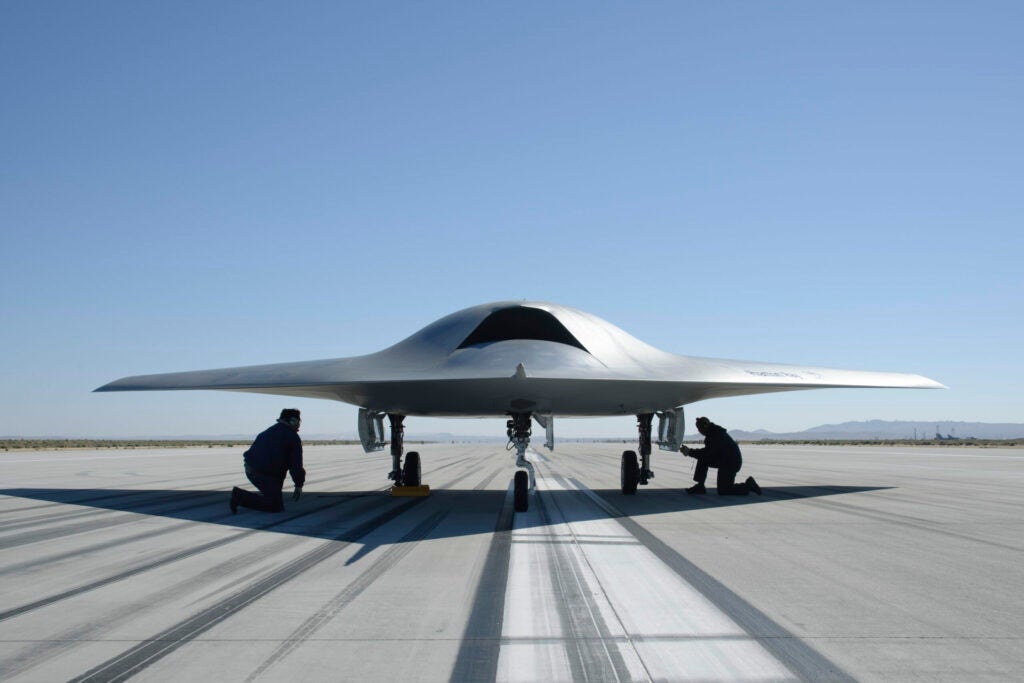 Phantom Ray on the Runway

The Phantom Ray drone made its maiden solo flight April 27 at Edwards Air Force Base.

Boeing’s little delta wing is all grown up and flying on its own for the first time. The Phantom Ray drone took to the skies for 17 minutes over Edwards Air Force Base last week, proving its airworthiness and showing off Boeing’s ability to quickly design and build a prototype advanced unmanned air system.

The 36-foot-long plane reached 7,500 feet at speeds of 178 knots (about 205 mph), according to company officials. The flight followed high-speed taxi tests in March that validated the aircraft’s control systems. The Phantom Ray is designed to cruise at 40,000 feet and reach speeds of 614 mph, making it one of the fastest drones on record. 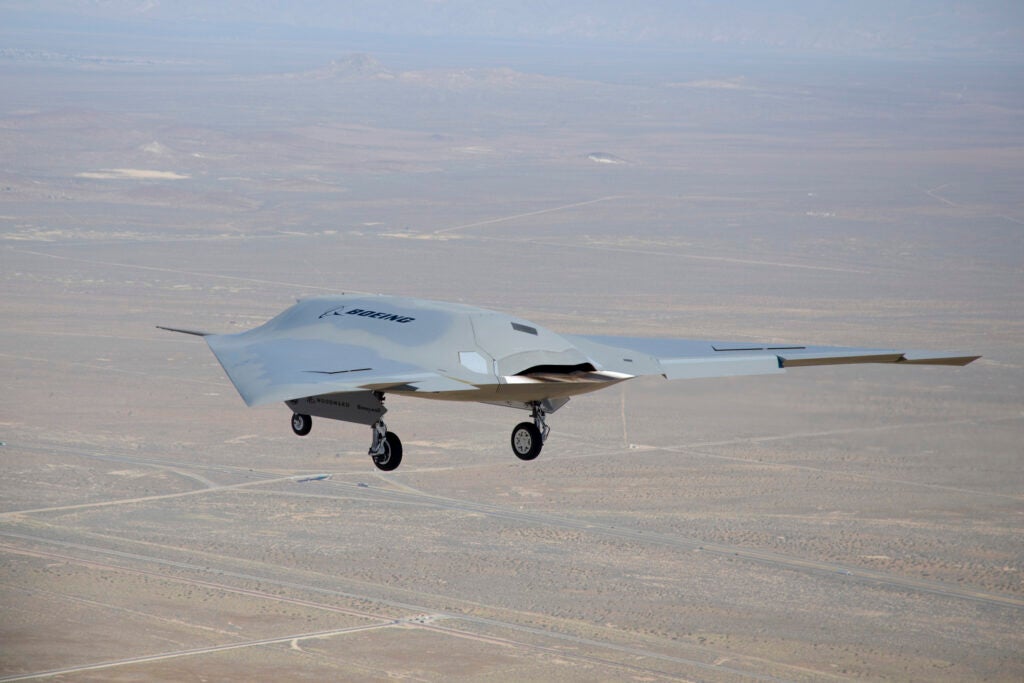 Last winter, we watched as the Phantom Ray drone hitched a ride on a shuttle carrier 747, its first trip into the air, designed to prepare it for the journey to Edwards AFB.

Phantom Ray is a flying delta wing whose unusual shape allows it to evade radar. With just a 50-foot wingspan, it will be able to carry a light payload around 4,000 pounds.

Although last week’s test took place at an Air Force facility, Boeing is building and testing the plane on its own dime, without any military contracts. The aircraft is descended from Boeing Phantom Works’s X-45C demonstrator aircraft, which competed for a DARPA contract that was eventually awarded to Northrop Grumman. Incidentally, Northrop’s X-47B, which is being built for the Navy, made its own maiden test flight in January. 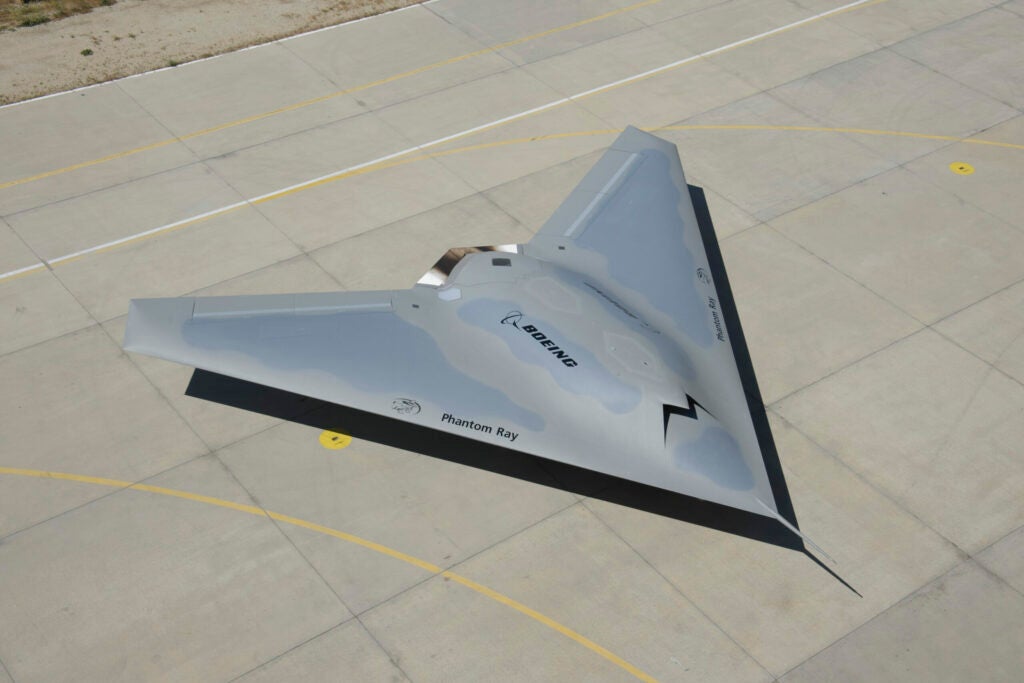 Boeing hopes Phantom Ray could eventually be used for intelligence, surveillance and reconnaissance missions; suppression of enemy air defenses; electronic attacks and direct strikes; and autonomous air refueling, according to the company.

Check out its maiden solo voyage.