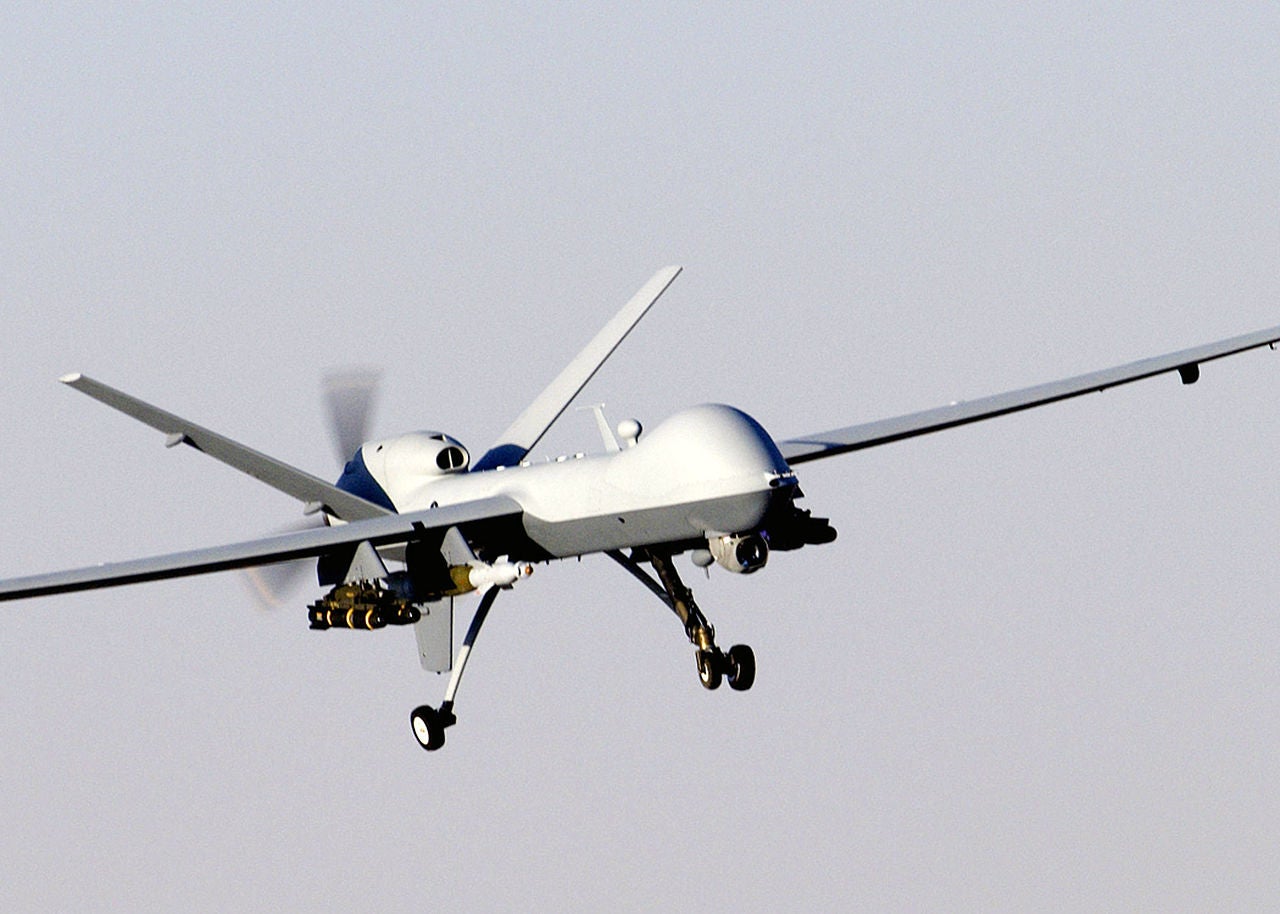 The MQ-9 Reaper is an aerial beast with a terrestrial home. Built as a heavier-armed upgrade over its Predator predecessor, the Reaper is best known as a scout and marksman flying over the battlefields of Iraq and Afghanistan, where slow speeds, powerful cameras, and long flight times make it ideal for spotting individuals across great expanses of land.

But now, during tests in the Gulf of Mexico, the Reaper has proven its ability to sling missiles at boats, too. For the first time, the drone successfully fired a Hellfire missile at a vehicle the Air Force only describes as a “sea-going target“.

The Air Force has, like much of the military, spent the last 14 years at war, but despite the frequency with which the United States fights wars against insurgencies, there are always other kinds of conflicts for which to train. In this latest training exercise, the Reaper flew alongside venerable A-10s, workhorse F-16s, and F-35s–the Air Force’s new golden child–against waterborne targets. Between them, the planes take on a range of roles, from anti-tank weapons, to fighters/bombers, to (in theory) versatile cyber warriors. Including the drone in formation means that all aircraft can focus on the threats they’re best suited to defeating. It might not make tactical sense for an F-16 or an F-35 to hunt down small armed boats, but it’s a perfect task for a Reaper at sea.