The China Test Flight Establishment’s (CTFE) Tu-204 has been modified to carry a stealth fighter radome on its nose. Previously,... 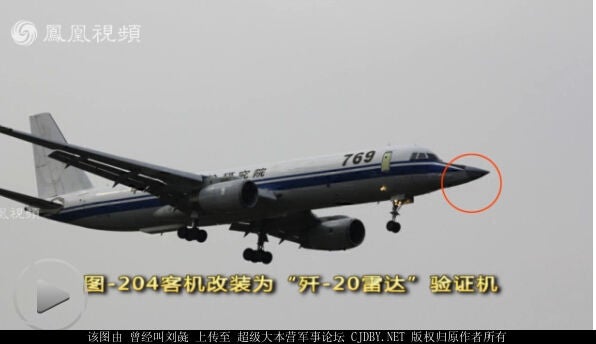 The China Test Flight Establishment’s (CTFE) Tu-204 has been modified to carry a stealth fighter radome on its nose. Previously, the Russian origin Tu-204 jetliner had been reported to test Chinese air to air refueling technologies. Given the shape and large size of the radome, it is likely that the radar being carried by the Tu-204 is for the J-20 fifth generation fighter. The projected radar for the J-20 is likely the Type 1475 Active Electronically Scanned Array (AESA) radar, which provides improved range, transmission power and frequency compared to 1970s era mechanically scanned radars. The F-22’s AN/APG-77 radar was also tested on a Boeing 757 during its development. 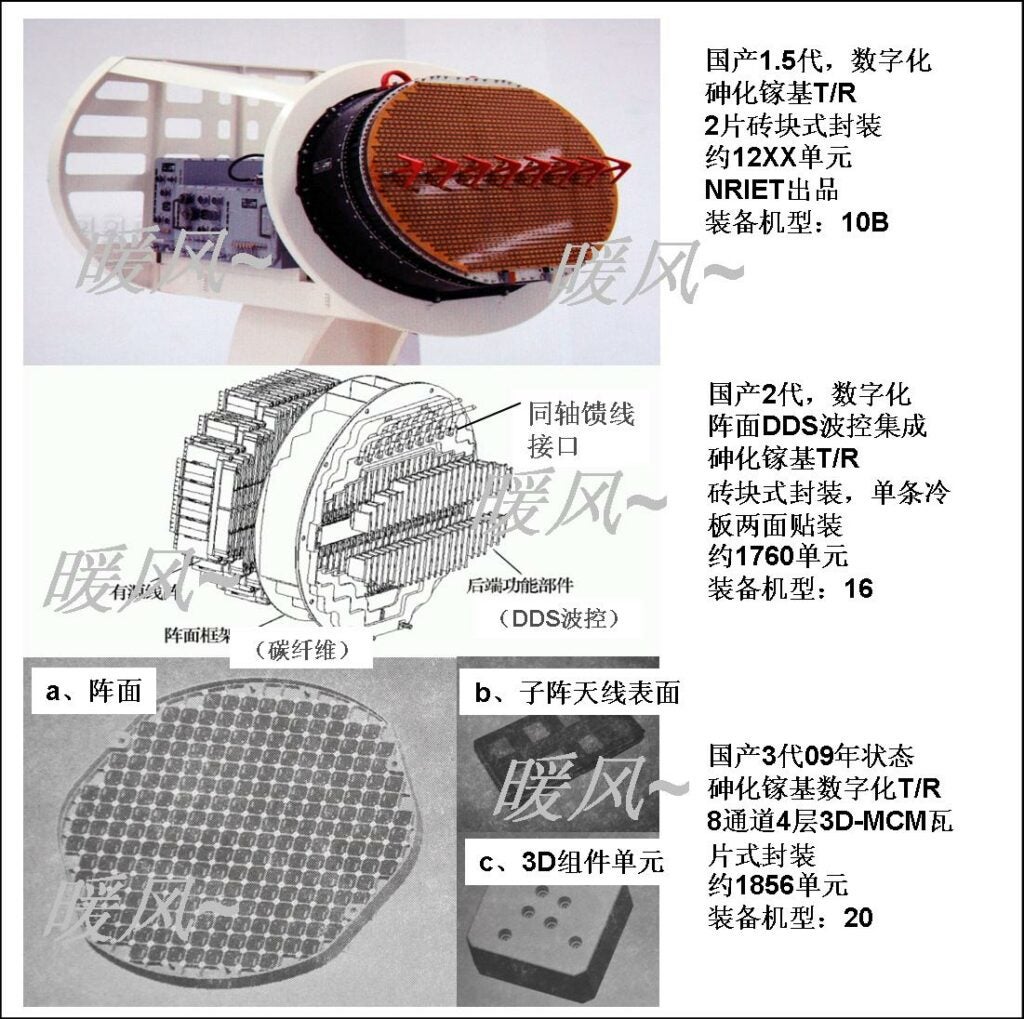 The current J-20 prototypes, numbers 2001, 2002 and 2011, most likely carry AESA radars themselves to test the radar performance and to simulate the characteristics of production J-20s as closely as possible. Even so, the People’s Liberation Army Air Force (PLAAF) would want to also test the Type 1475 radar on a jetliner, since the larger aircraft have additional space to provide onsite monitoring and diagnosis by engineers and equipment. Having a dedicated Tu-204 test platform for the J-20’s radar would also allow CTFE to schedule flight tests solely on the needs of evaluating the radar; the test flight schedules of the J-20s would also have to factor in questions about engines, stealth and maneuverability.