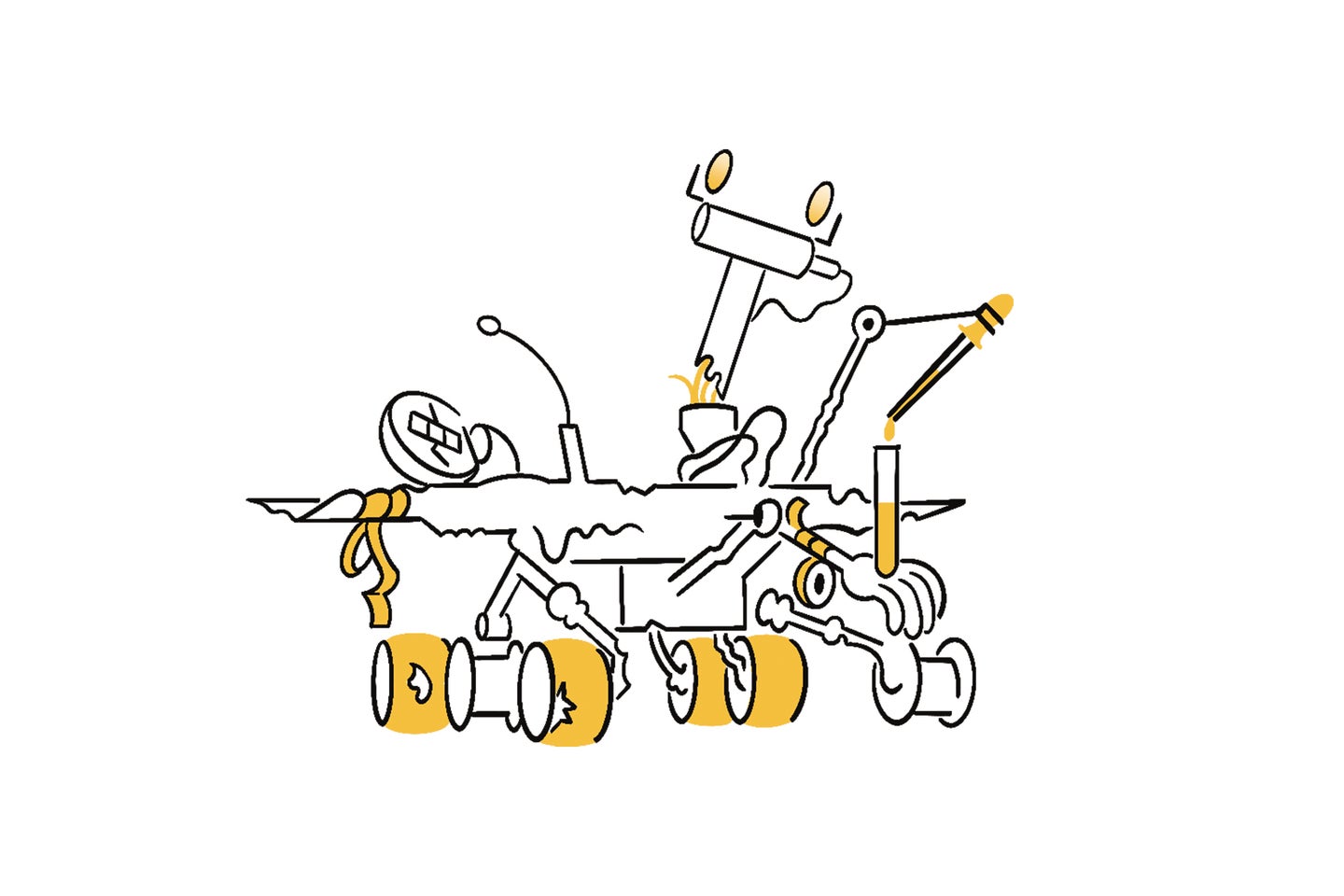 Matt Keuneke is the Mars exploration rover mission operations manager at NASA. This is his story from the field as told to Charlie Wood.

By the time the Opportunity and Spirit rovers touched down on Mars in January 2004, my colleagues and I were already pondering new projects. We’d designed the pair of rovers knowing that the Red Planet is a gritty place. We weren’t sure exactly when Mars’ infamous dust clouds would coat their solar panels and block out the sun, rendering them powerless.

We planned for roughly 90 days of exploration, but no one told the rovers. Spirit traipsed the sandy plains for about six years, and Opportunity kept going for around 14. Our lucky streak started right away: Mars gave us what we called “cleaning events”—gentle winds that unexpectedly dusted off the rovers and boosted power production. Because the planet receives adequate sunlight, the solar panels we’d expected to fail actually gave a nearly infinite energy source.

Fortunately, expecting a short mission hadn’t stopped designers from picking the most reliable components. Even after 14 years, most of Opportunity’s motors could have lasted for at least another decade. And when parts did act up, we thought creatively. After a heater’s switch got stuck in the on position, for instance, our team reworked Opportunity’s standard bedtime routine to force nonessential systems to shut down, which switched off the faulty part and saved needed power.

The team felt devoted to the rovers—like they were friends, pets, or even family members. We did whatever we could to keep them going. Ultimately, a spill into a sand trap hobbled Spirit in year six. If not for a Martian dust storm—the thickest we’ve ever seen—blotting out the sun in year 14, Opportunity might still be rolling along as usual.

The current generation of rovers, Curiosity and Perseverance, run on nuclear power and have more backup parts. That’s largely because Opportunity and Spirit proved we could operate for far longer than 90 days, empowering mission designers to start planning expeditions that last for years.