Mars Rover Curiosity Snaps a Self Portrait, Records Some Lolz on the Red Planet

Since Mars Curiosity Rover’s landing in the Red Planet’s Gale Crater last month, we’ve seen pictures from just about every... 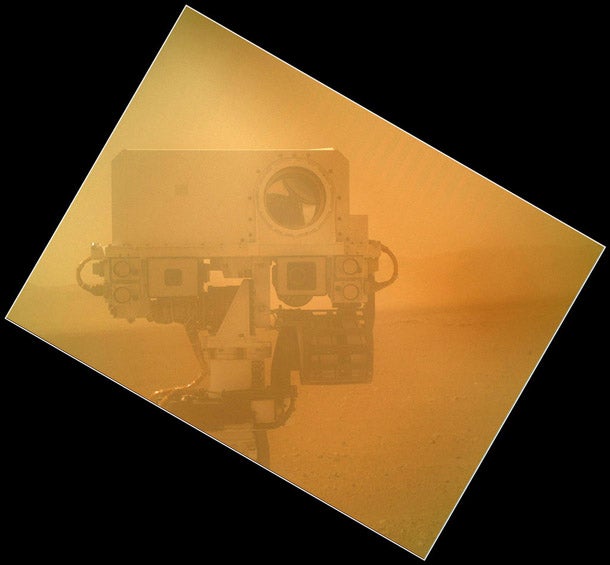 Since Mars Curiosity Rover’s landing in the Red Planet’s Gale Crater last month, we’ve seen pictures from just about every imaging instrument aboard the robotic geology lab. But today, we’re seeing a different kind of image: a self-portrait of Curiosity snapped by the Mars Hand Lens Imager, or MAHLI, the camera fixed to the end of the rover’s seven-foot robotic arm. Everything you snapped on Instagram over the weekend suddenly pales in comparison, no?

If the image looks hazy, that’s no post-photo manipulation. MAHLI keeps its lens free from contamination with a transparent lens cover, which was still fixed over the lens–and covered in the planet’s signature red dust– when the photo above was snapped.

The biggest “eye” you see there on Curiosity’s face is the lens for the ChemCam, which blasts nearby rocks with a laser beam and reads the chemical contents from the resulting optical signature from this flash of light. The two square sensors below it are the color Mastcam imaging system “eyes,” and the four smallest sensors–two on each side of the Mastcam imagers–are the black and white Navcam imagers, used to help the rover “see” it’s way across the Martian frontier.

Also coming down from Mars yesterday courtesy of MAHLI is the image below, taken to inspect the rover’s wheels (that’s the sloping beginnings of Mount Sharp in the background). 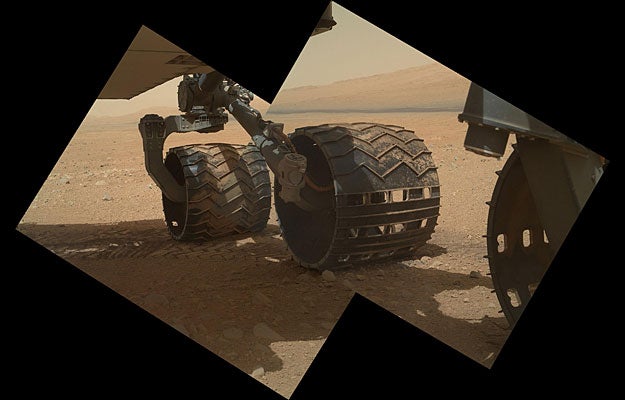 Curiosity is currently rolling toward a geologically interesting spot known as Glenelg, but will soon make its way toward Mount Sharp, which astrogeologists think will contain a good picture of Mars geological history stratified in its layers. Along the way, it will be doing what good little space robots do: lazrin ur rocks (lolz courtesy of Emily Lakdawalla over at the Planetary society; hat tip to MSNBC’s Alan Boyle). 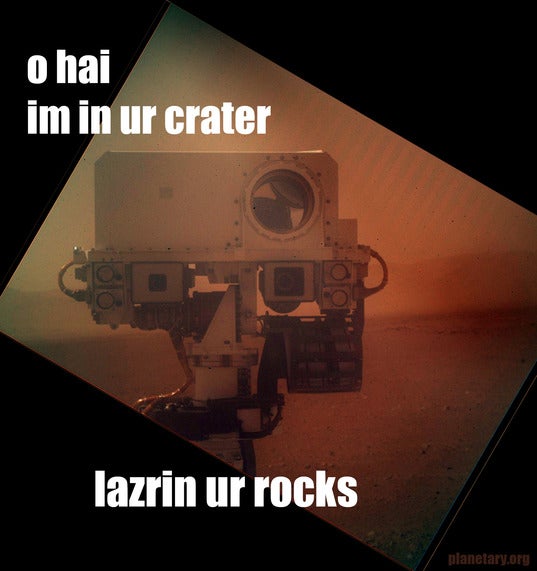