Video: How Mars Rover Curiosity Will Search for the Ingredients of Life

A robotic chemist prepares to explore the red planet 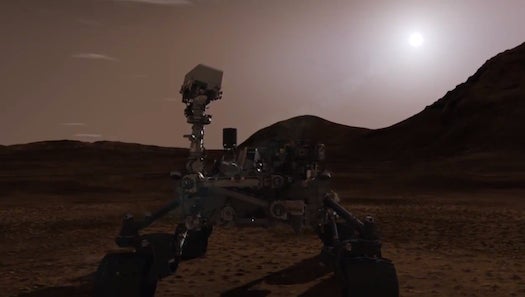 NASA’s Jet Propulsion Laboratory recently released the much-watched “Seven Minutes of Terror” video, which describes the harrowing descent to the Red Planet that the Mars rover Curiosity will undergo on August 5. Now, from the same lab, comes a look at the chemical tools Curiosity will use to search for signs that Mars could have once sustained life.

Curiosity sets itself apart from other rovers like Spirit and Opportunity by having the ability to act as a robot “geochemist,” the video explains. Piloted by a team back on Earth, scientists will steer Curiosity into a nearby crater, then search and test layers for evidence that life could have evolved at one point in the planet’s history.