The first of many to come from the intrepid rover 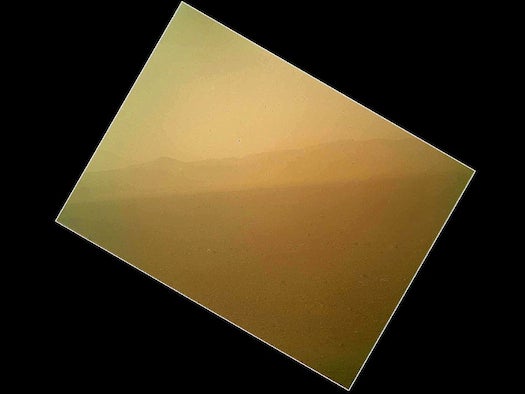 That didn’t take long: early yesterday we received the earliest images from Mars rover Curiosity’s descent and landing zone, and now we’ve received the first color image from the Mars mission. It shows the Gale Crater in the background–Curiosity’s home for now–and the next images will only be getting better from here.

The dust cover on the Mars Hand Lens Imager, the instrument that the image was taken with, ended up, well, covered in dust from Curiosity’s rough-and-tumble fall down to the planet’s surface. Images without the cover will be sent back to Earth in the coming weeks.

MAHLI, as the lens is nicknamed, is usually used for close-up view of rocks or soil to be studied, but it can focus from right in front of its nose (about 0.8 inches) all the way to the edge of the crater seen in this photo.