Scientists are not immune to superstitions -- they need lucky legumes 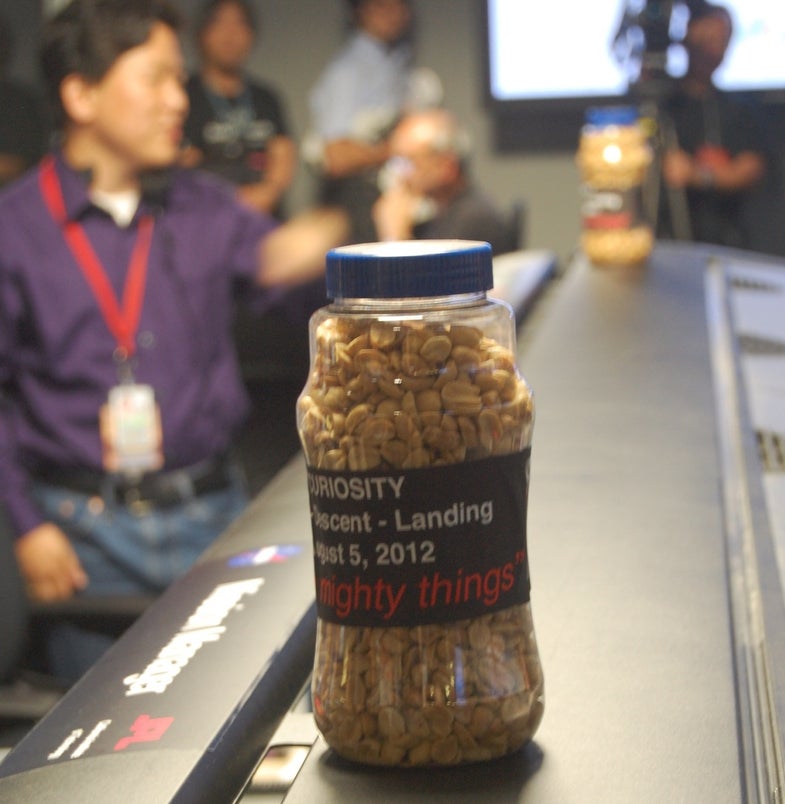 PASADENA, Calif. — The mood is increasingly electric here at NASA’s Jet Propulsion Laboratory, where worldwide media, dignitaries and hordes of scientists and engineers are gathered to watch the new Mars rover’s landing attempt. The Mars rover Curiosity is three and a half hours from touchdown — scheduled for 10:31 p.m. Pacific time, 1:31 a.m. Monday Eastern time — and it’s almost time to break out the peanuts.

Lucky peanuts are just one game-day tradition here at JPL, where managers and engineers have a slew of superstitious habits and lucky totems. Team leaders bought plenty of 20-ounce canisters of shelled roasted peanuts for Mission Control, the rover operations center and who knows how many offices (and plenty of journalists brought our own supply). It’s a tradition that dates to the Ranger missions, in the space agency’s earliest days.

In the early 1960s, the Ranger missions were designed to fly toward the moon and crash, taking pictures before their impact. The first six spacecraft failed, either on launch pads or in their attempt to leave Earth orbit, explained Steven Lee, guidance navigation control systems manager for the Mars Science Laboratory.

“The director of NASA called up William Pickering, the director of JPL,” Lee said. “Pickering said, ‘Just give us one more attempt.'” For Ranger 7’s launch, someone decided to bring peanuts into the control room — and the mission was a success. JPLers have been bringing peanuts for every launch or landing since.

The NASA peanut jars are slathered with stickers that read “Dare Mighty Things.” Apparently they went through several design iterations before all these careful engineers agreed upon a winner.

Along with the lucky legumes, engineers have worry beads, sideburns, “playoff beards,” and other traditions. NASA employees have special T-shirts and mission pins commemorating the rover, and shared special meals. Lee has been tweeting images from Mission Control. Most people are planning to be here all night, but were too anxious to wait, and showed up in the morning or early afternoon.

Charles Elachi, the current director of JPL, has his entire family in town for the event, and was asked by his in-laws how he was feeling this morning. “I’m feeling good. I’m nervous,” he told reporters Sunday morning. “I was supposed to come here at noon, but by 10 a.m. I couldn’t resist. I went into the control room, and it was quiet. I sat down and thought about what a great thing, what a mighty thing we are doing,” he said.

The media room is overflowing with photographers, writers and videographers from around the world — more than 400 journalists are here to watch — and just outside our window, a collection of celebrities, dignitaries and other VIPs is starting to assemble. Rapper and science popularizer will.i.am just pulled up in his Bentley and waved. Among the other expected guests: Alex Trebek, host of “Jeopardy!”; Wil Wheaton, NASA fan, actor and member of the “Star Trek” franchise; other actors from TV shows about science, like “The Big Bang Theory”; and Morgan Freeman. Hopeful requests to have him narrate the landing have thus far been unanswered.

At this point, there’s nothing left to do but wait — Curiosity is flying autonomously, and all the complicated, intricate elements of its entry, descent and landing will happen with no human intervention. Might as well have some lucky totems to hold on to.

Check back here and on Twitter for the latest updates throughout tonight! 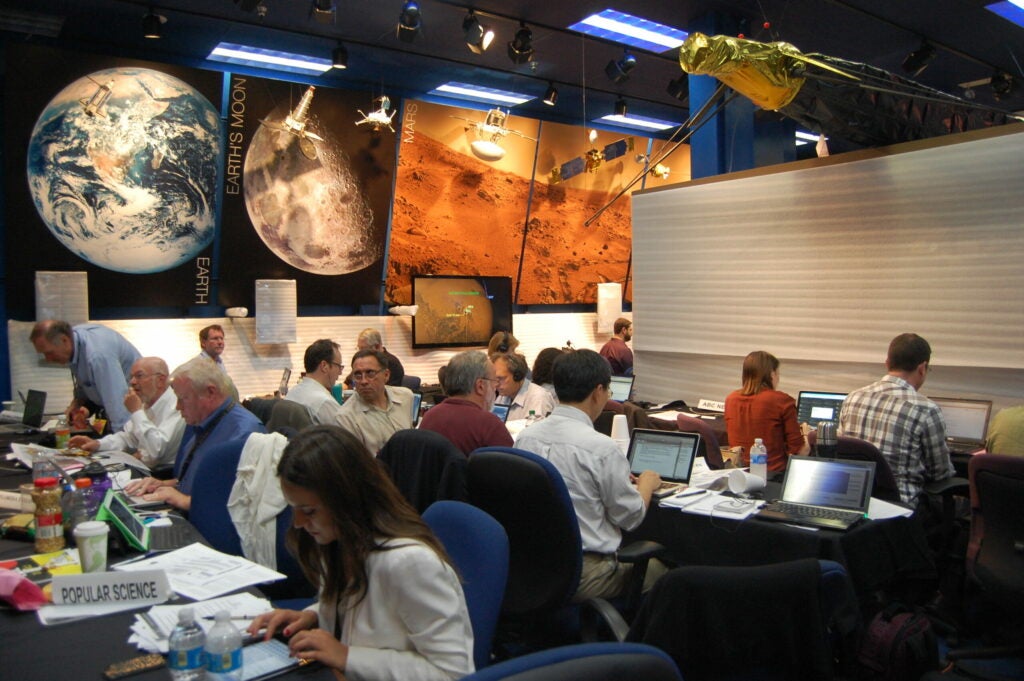 The Final Minutes Before Landing at JPL