The Mars rover Curiosity is chock full of the most advanced technology humans can build, from its miniaturized X-ray machine... 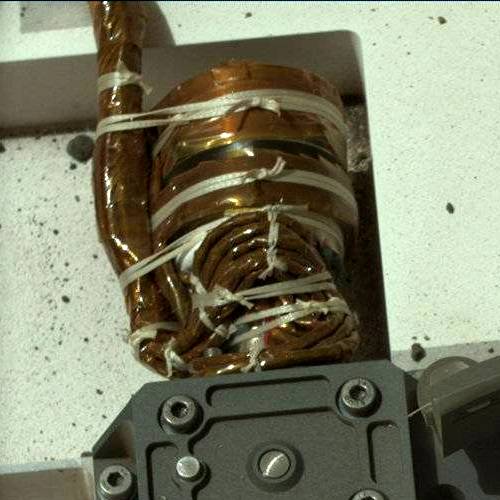 The Mars rover Curiosity is chock full of the most advanced technology humans can build, from its miniaturized X-ray machine to its awesomely powerful laser. And then there are these knots.

Along with high-resolution color photos of its surroundings, Curiosity has been beaming home color photos of itself, including its wheels and deck, so its human managers at the Jet Propulsion Laboratory can make sure it’s safe and ready to go. The images have revealed some intricate knot work, as noticed by a poster by the name of David J. Fred or “dfred” on something called the International Guild of Knot Tyers Forum.

Knots may seem like a simple way to handle cables on the most advanced robot spacecraft ever built — but as dfred point out, they’re still reliable when done right. Good knots are better than zip ties for several reasons, and they’re cheaper than inventing some kind of interplanetary hyper-nano-epoxy. For this reason, they appear on most space missions.

NASA actually has standards for the arrangement and tying of these knots, as dfred explains in more detail. Curiosity’s knots appear to include the “spot tie,” a combination of the classic clove hitch design and a reef knot, otherwise known as a square knot. “In addition to its pure binding role, it is also used to affix cable bundles to tie-down points,” dfred explains. The photo below shows several of them.

The clove hitch is a good choice because it applies even pressure on the object being tied down, and it doesn’t get overly tight, which can be a problem with other knots and zip ties. This same knot, except with just one square-knot topper, was first illustrated in 1917, but its first mentions date to the Greek physician Heraklas in the first century AD, who used them for orthopedic slings. 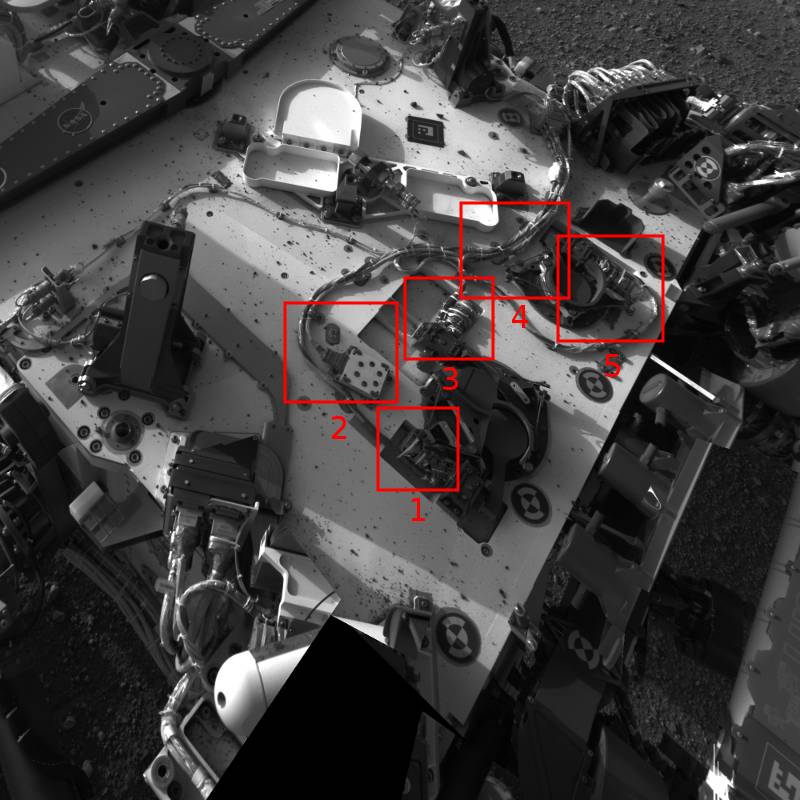 Spot ties, a modified version of the clove hitch with a reef knot on top, are seen on the Mars rover Curiosity, as annotated by knot aficionados.

Knot enthusiasm aside, there is something sort of profound in the knots’ presence on Mars. They’re among the oldest of human inventions, but they’re necessary to protect the newest and most advanced technology we can build. “If human civilization ends tomorrow, interplanetary landers, orbiters, and deep space probes will preserve evidence of both the oldest and newest of human technologies for millions of years,” as dfred put it.

For further amazingly intricate knot lore, click through to the forum.