More than just a scientific mission, Mars rover Curiosity’s final, frightening descent stirred up plenty of emotions, from both the engineers who piloted it and from spectators around the world. We all held our breath as the rover went through the “seven minutes of terror” that was the landing–and then celebrated when news came of a successful finale. It was beautiful, and we’ve collected some of the best reactions to its descent, as well as some of the early pictures Curiosity sent back to Earth. 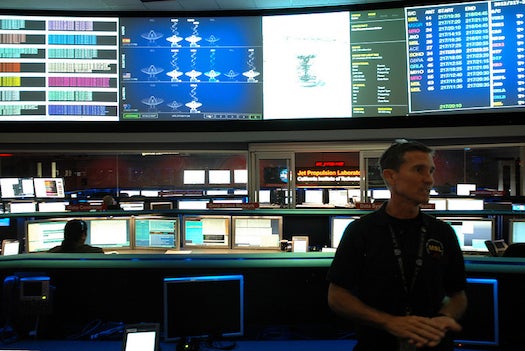 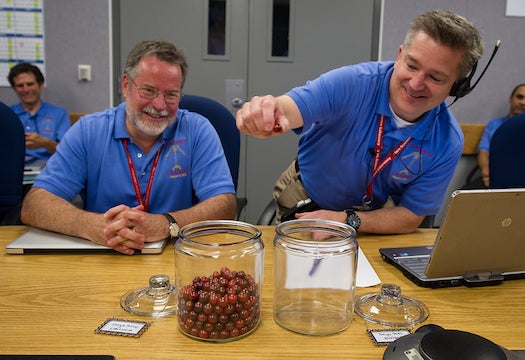 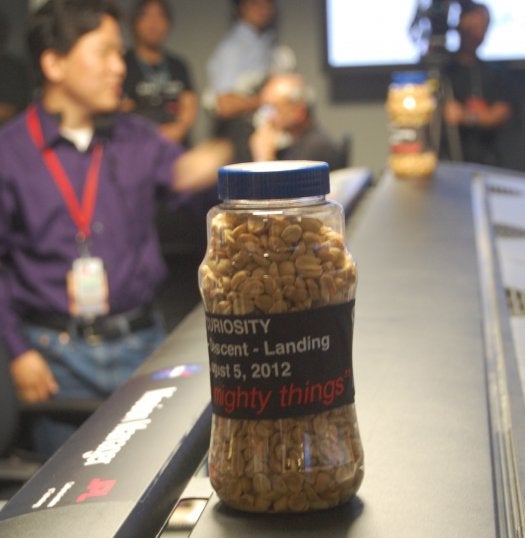 At the Jet Propulsion Laboratory in California, team leaders handed out jars of peanuts with labels reading “Dare Mighty Things” to scientists at the rover operations center and Mission Control. The peanuts are a superstitious game-day tradition that dates back to the Ranger missions of the 1960’s. 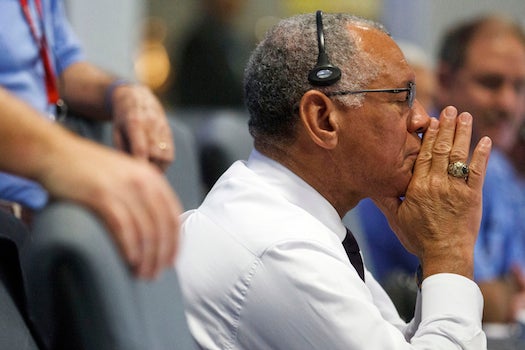 NASA Administrator Charles Bolden waits as Curiosity descends to the surface of Mars, a moment known as the “seven minutes of terror.” 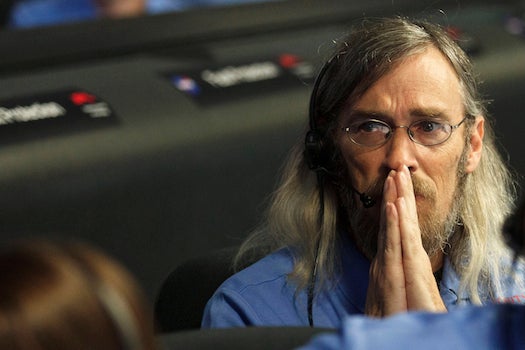 Through the “Seven Minutes of Terror” 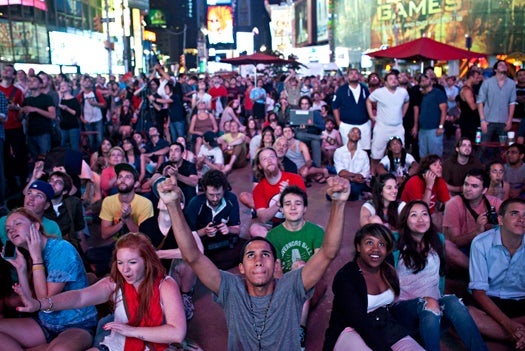 As part of the landing festivities, a live broadcast was played for spectators in Times Square. 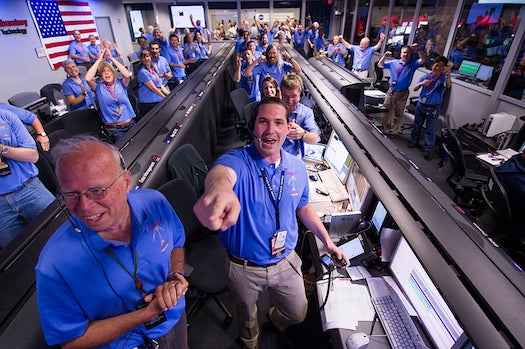 After News of the Landing 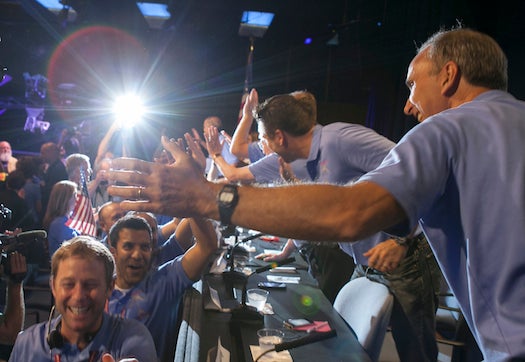 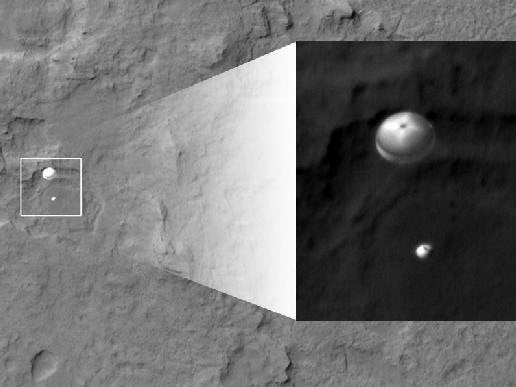 Moments before Curiosity landed, the HiRISE instrument on the Mars Reconnaissance Orbiter snapped this image of the spacecraft sailing on its chute toward the Martian surface. 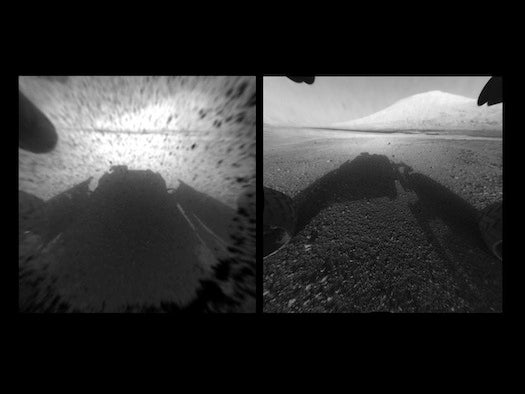 The photo on the left shows an early image of Mars from the rover’s hazard-avoidance camera. On the right, the same image was taken after the camera’s dust cover was removed. In the background is Mount Sharp–the rover’s final destination. 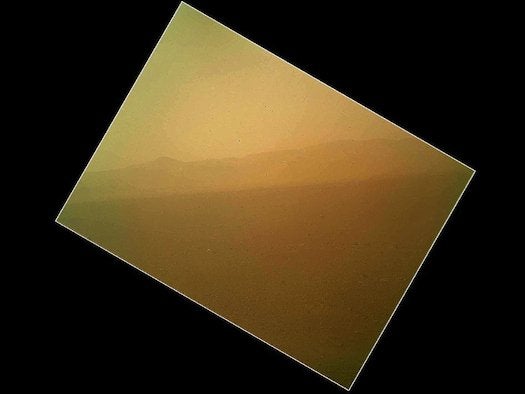 Not long after the first black-and-white photos were beamed back to Earth, Mars rover Curiosity sent this, the first color image of the dusty Red Planet, back home. It was taken with Curiosity’s Mars Hand Lens Imager, an instrument usually reserved for close-ups but that can be focused on landmarks a long distance away. 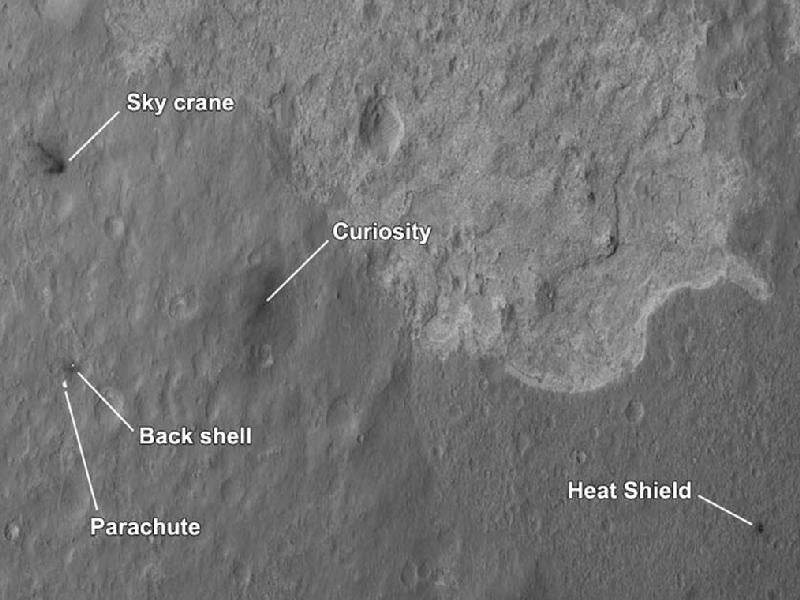 This aerial photo shows what happened to the mechanical parts of the rover as it made its thrilling landing on the Red Planet. Taken 185 miles up by the Mars Reconnoissance Orbiter, it shows that the rover’s sky crane landed landed about 650 meters away from Curiosity and that its heat shield ended up a full 1,200 meters away. 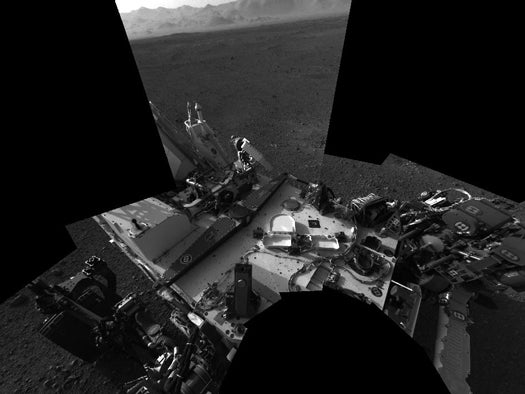 A 360-degree view of Curiosity’s new home in Gale Crater. The two sets of dark, grey-ish spots in the left and right foreground were formed by blasts from the descent stage’s rocket during landing.
jet propulsion laboratory
Mars
Mars Rover Curiosity
nasa
robots