Save The Date: NASA’s Newest Mars Lander Gets A Launch Opportunity 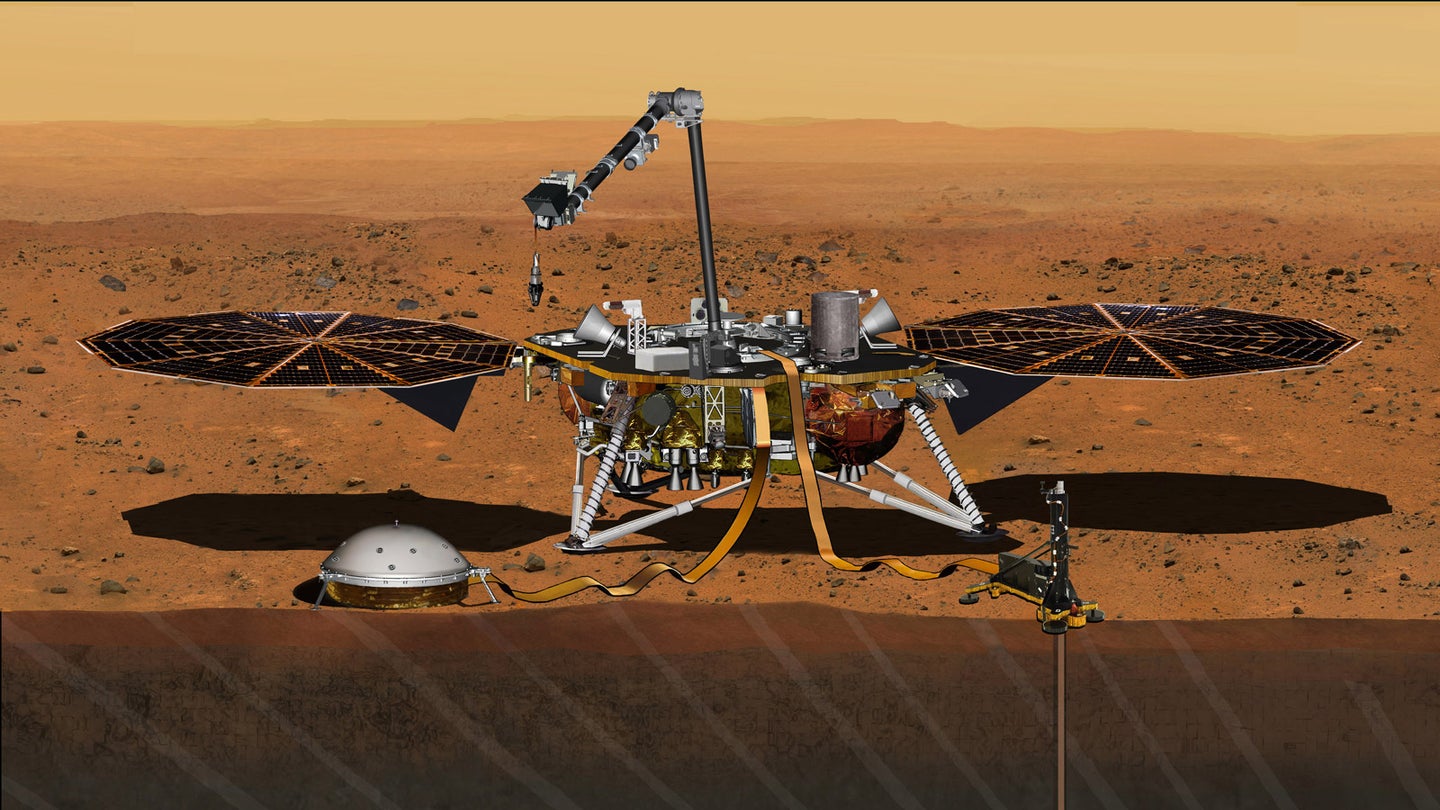 NASA announced today that its InSight mission, the first lander dedicated to taking a deeper look at Mars’ surface by literally drilling into it, has a new launch period beginning May 5, 2018.

This comes after a series of setbacks, including a faulty seismometer and two-year delay that added $153.8 million to its already $675 million budget. It was originally planned to launch in March 2016, and for some time it was questionable whether the mission would ever leave the ground. It was originally seen as a bargain at $425 million. The check tends to creep up on you, doesn’t it.

InSight, which stands for Interior exploration using Seismic Investigations, Geodesy and Heat Transport, will take seismology, heat flow, precision tracking data on Mars when it lands in November 2018, a few short years ahead of the Mars 2020 rover and scout drone.