How NASA’s Microbe Detection Technology May Speed Up Tissue Transplants 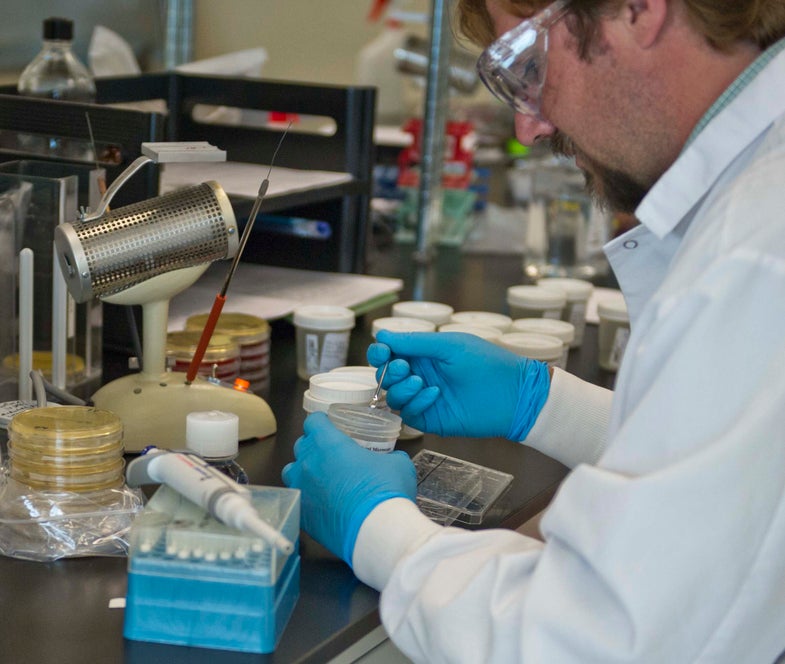 What do the Curiosity rover and a bone allograft have in common? They both have got to be super duper clean.

That’s why AlloSource, a Colorado-based nonprofit that specializes in human tissue donation, has signed a Space Act Agreement with NASA and its Jet Propulsion Laboratory (JPL), to make sure their tissue samples are as germ-free as possible. One of the largest providers of skin, bone, and soft tissue allografts in the country, AlloSource will use NASA’s specialized microbe-detection technology to speed up their tissue decontamination procedures. NASA originally developed the technology to sterilize various Mars mission vehicles.

So how did a tissue distributor and the space juggernaut come together? For some time, AlloSource had been looking for a quicker way to detect microorganisms on their tissue grafts. Currently, when AlloSource receives a new tissue, it must be kept refrigerated so that it can be preserved for surgical transplantation. However, these tissues don’t last very long in the fridge, with many expiring after just 28 days.

Then, while the tissues are frozen, technicians must conduct industry-standard culture tests, to see if any dangerous bacteria have been left on the samples. This process can take up to 14 days, taking up half of the allograft’s remaining lifespan and leaving very little time to find a suitable transplant recipient.

Meanwhile, for the past few years, a Colorado company called Manufacturer’s Edge had been looking for companies that could benefit from government-owned technology (notably NASA technology), as part of an initiative called the Manufacturing Extension Partnership (MEP). After meeting with more than 60 different companies, Manufacturer’s Edge stumbled on AlloSource and then asked NASA if the space agency might have a solution to the nonprofit’s problem. Weirdly enough, it did.

Kasthuri Venkateswaran, a senior research scientist at NASA JPL, had been working on a molecular microbial detection technology, utilized in the pre- and post-mission testing of Mars space vehicles. “We have to clean the spacecraft and sterilize them before launching from Earth for the exploration of certain planets like Mars,” says Venkateswaran. Otherwise, hitchhiking dust and other microbes can mess with the spacecraft’s instruments and invalidate findings; if researchers find microbes on Mars, they want to be sure they aren’t just stowaways from Earth.

For the past 10 years, Venkateswaran has been developing alternative molecular detection instruments for the rapid discovery of microorganisms on NASA spacecraft, hoping to speed up the construction process. With culture tests, tissue samples are placed in a petri dish, and nutrients slowly encourage the growth of abnormal substances, e.g. microbes. But with Venkateswaran’s technique, tissue samples are placed in a specialized instrument, which analyzes the cells and detects the presence of microbial DNA. And rather than taking 14 days, the machine only needs a day or two to collect all the information it needs.

Moving forward, AlloSource will collaborate with Venkateswaran and NASA to figure out a fast, effective way to use this technology to look for the presence of microorganisms on tissues. By reducing the length of the detection process, they will have much more substantial amount of time for finding patients in need of tissue transplants.