Curiosity’s Legacy: What This Week’s Successful Landing Means for the Future of Robotic Space Exploration

Mars Rover Curiosity's science legacy is yet to be determined, but its impact on the future of space exploration is already shaping up 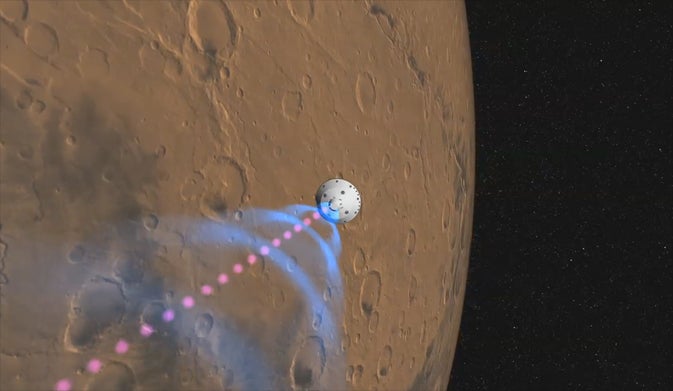 Mars rover Curiosity has landed. You know this because you have an Internet connection and because the hair-raising landing–though conducted in the middle of the night on a Sunday/Monday–was a huge media spectacle, and justifiably so. NASA just delivered the most sophisticated suite of science instruments ever packaged on a planetary rover onto the surface of Mars via an untested landing maneuver, instruments that should provide us with two uninterrupted years of unrivaled geological science on another planet. That in itself is a truly incredible story. But it’s not the whole story.

Every interplanetary robotic mission has had its technological “firsts,” and each has had its impact on the design of the missions that would follow. We’ve gone from small rovers to larger ones, from very human-dependent robots to ones that possess degrees of autonomy. It’s impossible to at this early stage to even begin to understand what Curiosity’s science legacy will be, but from a technological standpoint its legacy is already taking shape–to see it, you simply have to read between this week’s headlines. There are a few things we can extrapolate from Curiosity’s successful landing that will have huge impacts on robotic space exploration going forward.

“I think this is an example of how the ambitions of the robotic exploration community keep expanding,” Dr. Robert Gold, Chief Technologist of the Space Department at The Johns Hopkins University Applied Physics Laboratory, says of the MSL mission. “We started with the Sojourner rover [part of the Mars Pathfinder mission] that was about the size of my briefcase. Then we had Spirit and Opportunity, which were about the size of a desk. Now we’ve got Curiosity–about the size of a small car.”

“There is this progression that is taking us to a level of exploration that people hadn’t even thought about twenty years ago.”
This uptick in size is no accident, and it wasn’t easy to engineer. With each successive Mars rover and lander mission, spaceflight engineers kept coming up with new ways to get larger objects and more science instruments onto the Martian surface because the solution that worked for the previous mission generally wouldn’t scale up for the newer, larger payload. With the sky crane that deposited Curiosity at the bottom of Gale Crater, the problem of scalability seems to have been at least temporarily solved.

“We wanted to build a capability to get a metric ton to the surface of mars,” Michael Meyer, lead scientist for NASA’s mars exploration program and program scientist for MSL, says. “So one of the big carry-forward technologies is the whole sky crane apparatus being able to get something that heavy to the surface. This whole system gets rid of the weight of a landing platform, it gets rid of a ramp that would be needed to get off the retro-rockets if it were to land on top of the rockets–we’ve stripped away all of the unnecessary things, and there’s a huge payoff there. It allows us to put something pretty heavy on the surface of mars.”

Can it scale to handle even larger payloads? It’s impossible to say without doing some very careful math and modeling, but on its face it seems feasible that we could scale up the sky crane by a factor of two, Meyer says. By a factor of ten? Maybe. The important thing is that NASA put a metric ton on another planetary body. Something that can accurately place that much weight elsewhere in the solar system could deliver future robots, pieces of a future human habitat, an energy source to power a fleet of robots–the possibilities are suddenly wide open. Unlike much of NASA’s previous landing technology, it’s a capability with lots of room to grow. Says MSL Project Scientist John Grotzinger of the sky crane: “I think this is the way that all landed Mars missions will be carried out.”

WE CAN DO MORE SCIENCE FASTER

Previous rovers like Spirit and Opportunity were scientific powerhouses for their time, but Curiosity leverages two key technological advantages that have really come into their own since the final technology plan was set in stone for the Mars Exploration Rover: autonomy and processing power. Computing power has marched upward along a fairly predictable tick via Moore’s law since the MER mission launched in 2003. But alongside that substantial boost in raw processing power we’ve become way better at honing our algorithms to do what we want–including making “decisions.” As a result, Curiosity is going to give us a lot of scientific bang for our $2.5 billion bucks.

Spirit and Opportunity were fitted with some degree of robotic autonomy, but it was mostly limited to navigation and deciding what targets to study next. Curiosity carries that forward, but its real exciting autonomy is in the scientific instruments themselves. Curiosity will process a lot of its own data onboard, making judgments about what’s important and what is statistical noise or otherwise useless information. It will beam the important stuff back to scientists on Earth and discard the rest, reducing the overall amount of raw, unstructured data that must be beamed Earthward and saving time both on Mars and on the ground.

That means it will move faster between areas of interest and cover more scientific ground in less time. This kind of autonomy is critical to the future of robotic space exploration, especially if we ever want to send a robot scientist like Curiosity to the outer solar system where communication lags between robot and Earth stretch into the hours. Curiosity’s systems are paving the way.

WE CAN DO BIG SCIENCE ON SMALLER BUDGETS

Mars Science Lab is an expensive mission, an estimated $2.5 billion all said. It was never really supposed to get this big or expensive, but as scientists packed more and more scientific instruments and capabilities on board, it grew from a medium-sized mission to a huge mission. Unfortunately, science budgets around the world being what they are, we’re unlikely to see another huge science mission like MSL anytime soon, APL’s Gold says. Missions will have to be smaller and less costly to get funding. It’s not an ideal situation, but thanks to MSL’s technology contributions (like those mentioned above) it’s not an untenable one.

“Let’s imagine that we can’t do something as large as MSL anymore,” Grotzinger says. “That does not mean we cannot continue with robotic exploration with rovers in a way that I like to call ’boutique missions.’ What you’re basically doing is you’re taking a smaller platform–and you’re still landing it with sky crane, by the way–and you admit at the outset that you don’t want a comprehensive payload because you can’t afford it.”

Rather, as instruments become more sophisticated, smaller, and higher fidelity (and as launch costs hopefully come down with the advent of private space launch options) mission planners would choose narrower scientific goals and one or two very specialized, very sensitive science instruments that conduct science at a much higher resolution than what we capable of today even with Curiosity.

We then give them the robotic autonomy to perform their science missions as efficiently as possible to derive as much value from each mission as we can get. Spirit and Opportunity far outlived their primary mission lives, but they didn’t really grow any faster or smarter–with the exception of some software updates over time, they essentially were what they were. Curiosity is dabbling in a kind of computer science that can learn and become more efficient as the mission progresses. Future robotic missions–big or small–will take what Curiosity and its handlers on Earth learn and run with it. We know sky crane can land even huge robots with relative precision, and we know that with increased autonomy we can conduct more science in less time, boosting the scientific payoff per dollar spent. All that taken together spells big things for the future missions that follow Curiosity into space.

“I think that this mission is one really of a whole trend of mission like Cassini at Saturn, Messenger at Mercury, New Horizons on its way to Pluto–all of these missions take years to develop and by the time they launch their technology is already outdated,” Gold says. “But there is this progression that is taking us to a level of exploration that people hadn’t even thought about twenty years ago.”

He’s not alone in that sentiment.

“The level of exploration that we’re doing is going to set the bar high for future exploration,” Meyer says of Curiosity. “I think this will be viewed as a golden era of planetary exploration.”