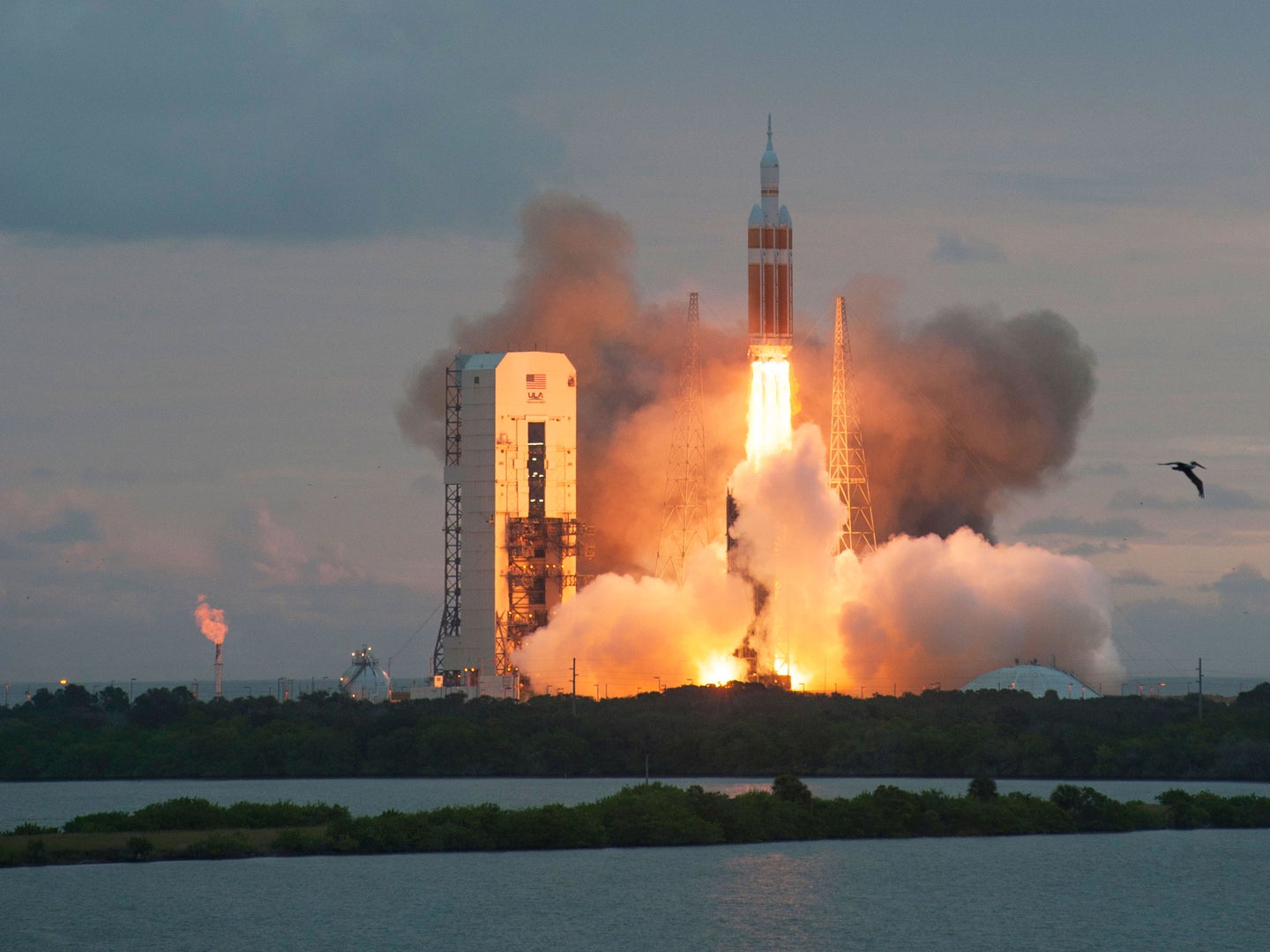 Update 11:29 a.m. Splashdown! Orion is safely in the waters of the Pacific after successfully deploying its parachutes, thus concluding its first mission to space. According to NASA, the test flight went off without a hitch, which is great to hear, especially given all the problems with yesterday’s launch attempt. In the coming days, we’ll learn more about how the test flight affected the capsule and whether or not it’s safe to carry humans deep into space and beyond.

Update 11:19 a.m. Orion just reentered the Earth’s atmosphere and is on its way to its splashdown target in the Pacific Ocean. In just a little over nine minutes, the capsule will deploy its drogue chutes, which will help slow it down, since it’ll be going 20,000 mph. Once Orion is safely in the water, the USS Anchorage will recover the capsule and tow it to shore.

Update 10:30 a.m. After reaching a peak altitude of 3,600 miles above Earth, the Orion is on its way back down to the ground. The capsule just separated from the rest of the upper stage of the Delta IV and is flying solo for the first time in its “life.” NASA says Orion’s thrusters are providing perfect control, so now all we have to do is wait for its fiery reentry. 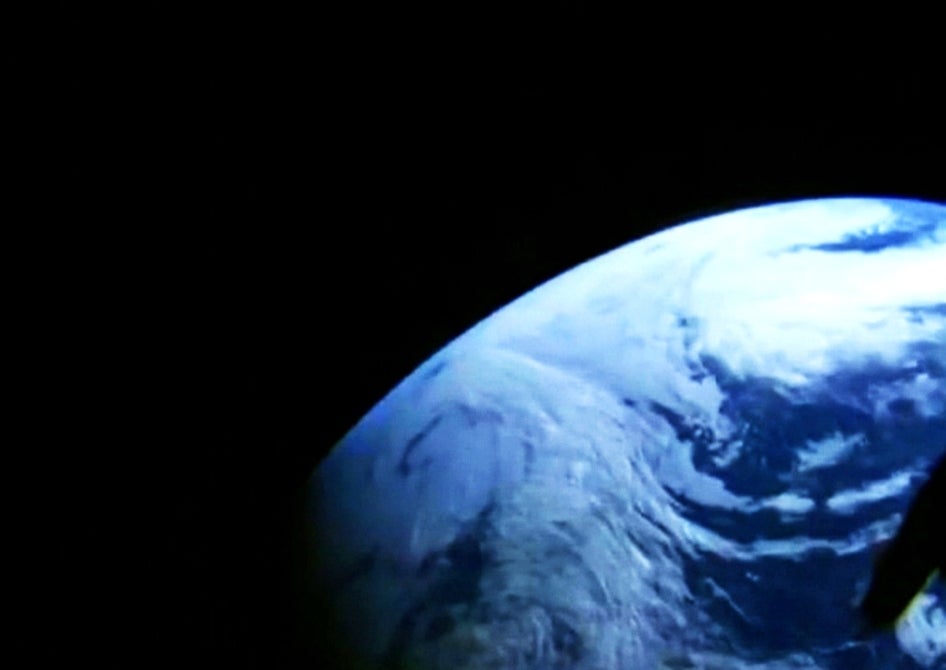 Looking Back At Earth

Update 9:00 a.m. The upper stage of the Delta IV has reignited its rocket! That means that Orion is currently headed deep into space — and it’s going pretty fast. This part of the mission will show how Orion’s systems hold up in the harsh conditions of deep space. As it heads farther away from Earth, Orion will experience extremely high temperatures and high levels of radiation, and NASA engineers need to know if the capsule’s coating can handle that. At some point, we’re going to want to put people inside Orion, and we want to be sure the capsule can protect its precious cargo.

Update 7:39 a.m. Right now, Orion is doing a lap around our planet, and as NASA knows, it’s not all that exciting (They’re currently running launch replays on their live stream). In a little over an hour, however, is when the fun part begins. After Orion completes its orbit, the upper stage carrying the capsule will fire its rocket again, taking the spacecraft 3,600 miles above the Earth’s surface. This will take the Orion through the Van Allen belts, an area of space particularly dense in radiation. Stay tuned for those developments…

Update 7:15 a.m. We’re coming up on the 11-minute mark of the flight, and Orion is being carried to its preliminary orbit. The spacecraft will go on one trip around the Earth before it rockets deep into space.

Update 7:09 a.m. At about four minutes into the flight, the outer boosters have separated from the Delta IV rocket. The upper stage should separate shortly

Update 7:05 a.m. WE HAVE LIFTOFF!! What an incredible sight and a momentous day for spaceflight. 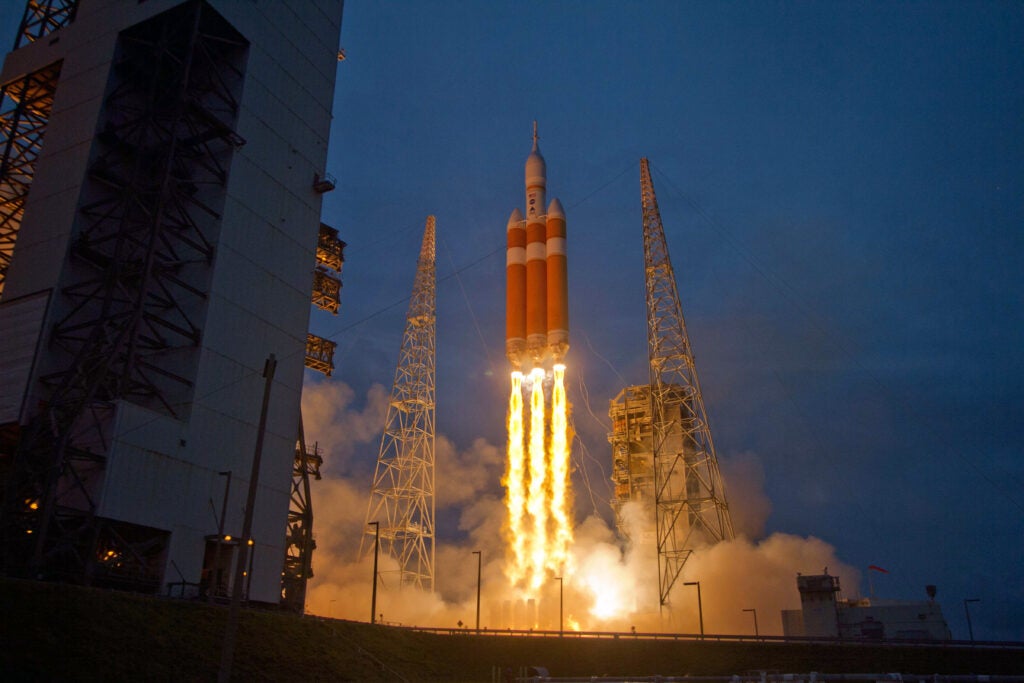 Update 7:01 a.m. We have entered terminal countdown! So yes, it’s time to play the Final Countdown from Europe right now. We’re less than four minutes away…

Update 6:59 a.m. We just got the chorus of ‘go’s from Mission Control, and the launch director gave permission to launch.

Update 6:56 a.m. Orion is transferring to internal power, because, you know, it can be hard to find an outlet in space.

Update 6:48 a.m. We’re now in a 15-minute hold, a time when launch and flight teams across the country do some “polling” on various systems to see if Orion is truly good to go for takeoff. The countdown will pick back up at 7:01 a.m., four minutes before the scheduled launch. And so far, looks we don’t have any issues.

Update 6:39 a.m. A short weather briefing shows that NASA is both ‘good to go’ in terms of technical standards and weather standards. Fingers crossed we don’t have the delays that plagued yesterday.

Good morning, everyone, it’s time for Round 2! This morning at 7:05 a.m. ET, NASA is going to attempt to launch an unmanned Orion crew capsule deep into space from Cape Canaveral Air Force Station in Florida. The space agency tried to get the vehicle off the ground yesterday morning, but a number of wind delays and a boat within range of the launchpad kept pushing back takeoff. Then, once the winds cleared, the Delta IV rocket carrying the Orion had trouble with a fill-and-drain valve that wouldn’t close, and NASA was stuck troubleshooting the issue.

Ultimately the problems delayed the launch until the very end of NASA’s allotted flight window, which ended at 9:44 a.m. ET, so the test flight had to be scrubbed. But it’s been 24 hours, and they’re ready to try again. So join us as we live blog what will hopefully be the first test flight of the vehicle that could someday take us to Mars!

Curious about what’s going to happen on this test flight? Check out the details here. 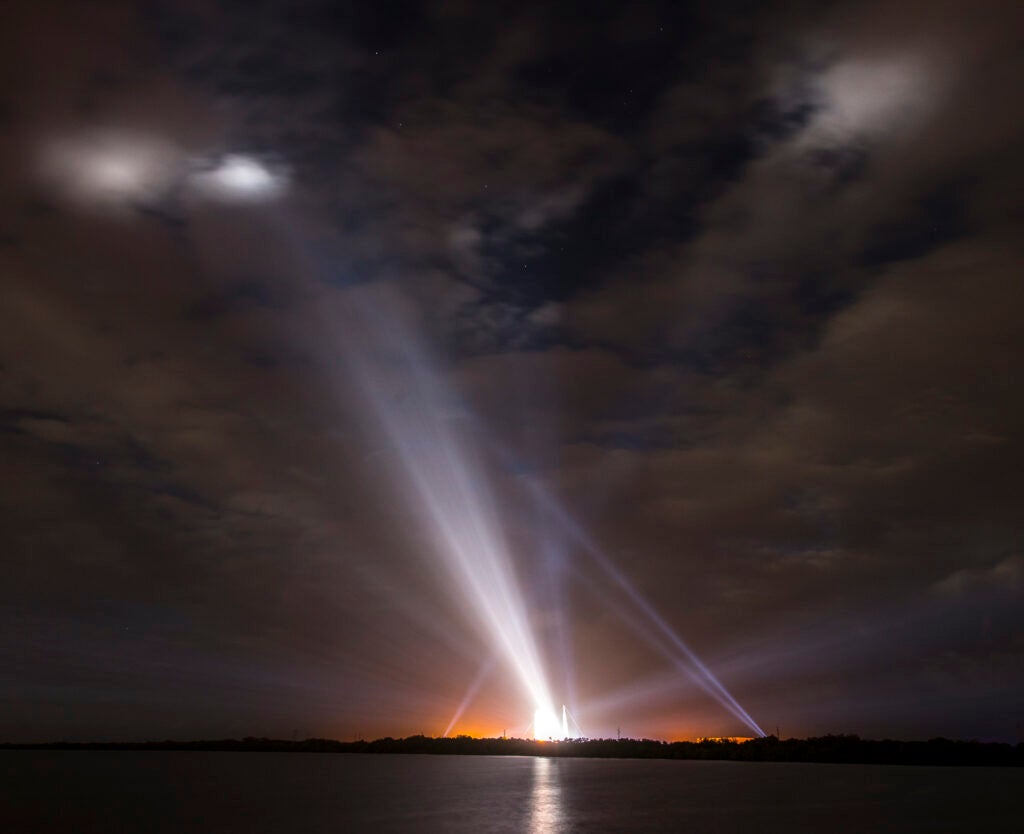