NASA engineers working on the James Webb Space Telescope are doing a lot of things from scratch — they’ve had... 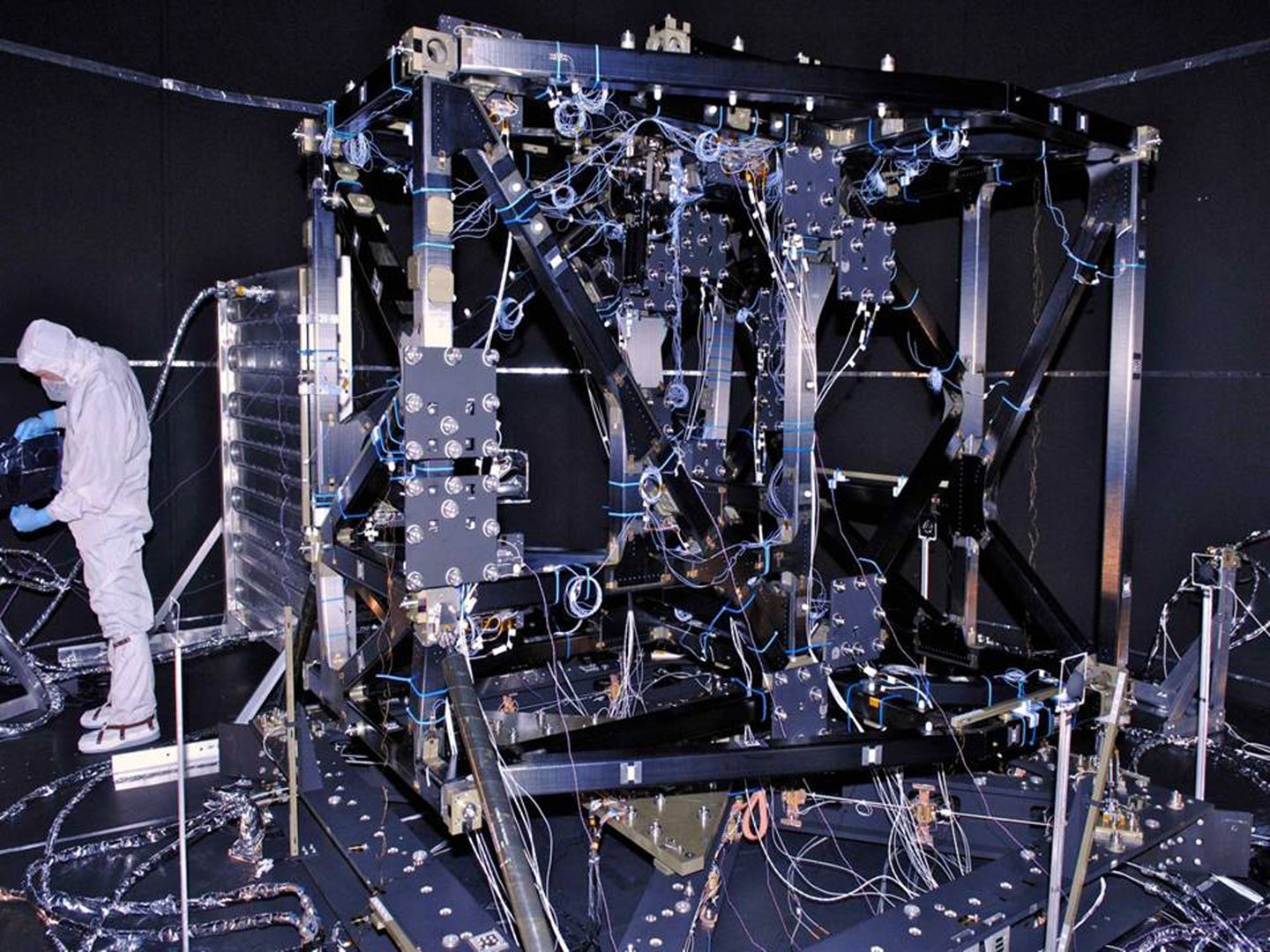 NASA engineers working on the James Webb Space Telescope are doing a lot of things from scratch — they’ve had to design new mirrors and a foldy space cocoon, for instance — but their newest work may take the cake: To survive the coldest reaches of space, they invented a brand-new composite material. They nicknamed it unobtanium.

The heart of the Webb Telescope is the car-sized Integrated Science Instrument Module, which will hold all the telescope’s instruments, packed tightly together. The scope’s high-precision optics need stability, so the chassis must be tough enough to avoid warping in the extreme deep freeze of 1 million miles from Earth. But it also must be tough enough to survive the stress of launch.

Engineers combed the scientific literature to find a material that could meet those standards, and came up with nothing. They decided they had to whip something up, so they used mathematical models to measure several ingredients. Finally, they found two composite materials that would yield something called a carbon fiber/cyanate-ester resin system.

It was ideal for making the chassis’ 3-inch tubes, but the engineers still had to figure out how to put them together — the ISIM has about 900 components. Ultimately, they used several methods, including nickel-alloy fittings, clips, and special composite plates joined with an adhesive that they also invented.

Once they made all this, they had to figure out how to test it, because the three-story Space Environment Simulator at Goddard Space Flight Center wasn’t cold enough.

After it launches sometime in 2014, the Webb telescope will chill out at a Lagrange point, which is a special point in space where the gravitational fields of the Earth and moon are in equilibrium, allowing a satellite to sit between them. Shielded from the sun by a massive space umbrella, the telescope’s instruments will be exposed to daily temperatures around 39 Kelvin, or -389.5 degrees Fahrenheit. The simulator can only reach about 100 K, which is sufficient for testing most other space equipment.

But the team wanted to chill the truss to 27 K, roughly equivalent to Pluto’s surface temperature, just to make sure it wouldn’t crack. So they built a shroud that resembled a tunafish can and inserted it into the chamber. Once the air was removed from the test chamber, they pumped helium into the shroud to cool off the truss to 27 K.

During 26 days of tests, it didn’t crack. As the mathematical models showed, it shrunk by 170 microns — about the width of a needle — once the temperature reached 27 K. NASA’s warp limit was 500 microns, so the super-material proved its worth.

“The technology challenges are what attracted the people to the program,” he said.