In 1976, NASA’s Flight Research Centre in Edwards, California, was dedicated to Hugh Latimer Dryden. At the time of his... 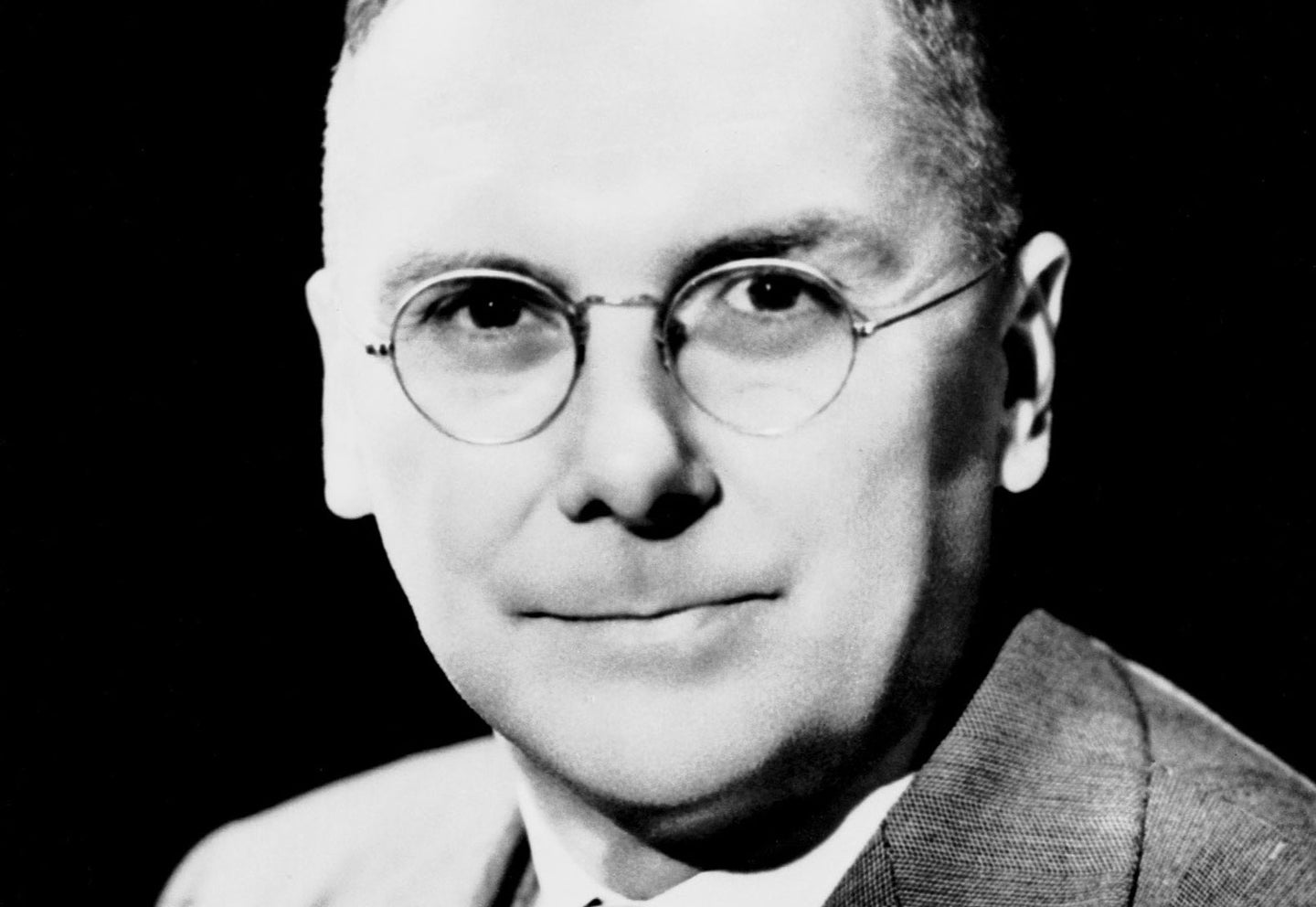 In 1976, NASA’s Flight Research Centre in Edwards, California, was dedicated to Hugh Latimer Dryden. At the time of his death in 1965, Dryden was NASA’s deputy administrator, a position he’d held since the agency opened in 1958. Last month, President Obama signed into law a congressional resolution to rename NASA’s Hugh L. Dryden Flight Research Center in honour of Neil Armstrong, the first man on the Moon. Some might argue that the name change isn’t needed, that there are better ways to honour Armstrong’s legacy and that attaching Dryden’s name to the Western Aeronautical Test Range is a poor consolation prize. Dryden’s career was marked by forward thinking and an unwavering dedication to aeronautical and astronautical research, and while he isn’t the most recognized figure in American spaceflight history, a look at his biography shows why he was so well suited to be associated with NASA’s premier site for aeronautical flight research. 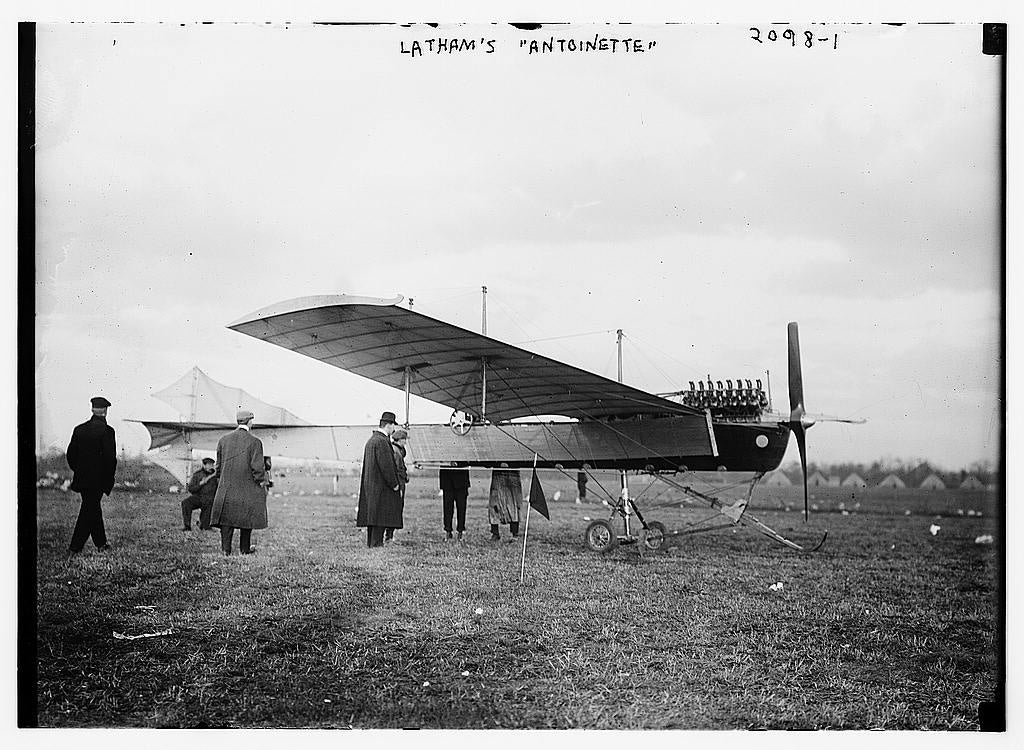 Dryden, born in 1898, was 12 before he saw an airplane. It was a 40 mile per hour, 50 horsepower Antoinette monoplane, and rather than awed he was unimpressed with its performance. An airship, he thought, was a more worthwhile technology than an aeroplane, particularly where passenger and cargo transfer was concerned. He explored these thoughts in the days that followed, pulling them together in an an English composition called “The Advantages of an Airship over an Aeroplane.” His teacher gave it an F. Two years later, when he was just 14, he enrolled at Johns Hopkins University. He left with a PhD in physics and mathematics in 1919.

It was during his tenure at Johns Hopkins that Dryden was introduced to the world of aeronautics. He took a job at the National Bureau of Standards in the summer of 1918 inspecting munitions gauges but within weeks transferred to the Bureau’s aerodynamics section. In 1920, he was promoted to Chief of the Aerodynamic Section, a position that put him in charge of all research done using the Bureau’s wind tunnels. He steered his department’s work towards his own interests: questions of high-speed aerodynamics and compressibility (the phenomenon of air molecules compressing as an object moves though them) at speeds approaching the speed of sound. Dryden started thinking about and researching transonic flight at a time when the world’s fastest airplanes were flying a little over 100 miles per hour.

Working with Dr. Lyman Briggs in the 1920s, Dryden used compressor plants for his high-speed aerodynamic research since wind tunnels at the time couldn’t generate fast enough winds. The fruits of Briggs and Dryden’s labours included the first experimental observations of aerodynamic drag at speeds nearing the speed of sound and insights into compressibility and drag at transonic and supersonic speeds. The data that came from these experiments proved invaluable for the manufacture of better airplane propellors and high velocity airfoils. It also led to the construction of supersonic wind tunnels for testing theoretical designs of high speed aircraft, missiles, and eventually rockets.

His successful high-speed experiments and the technological advances that came from his data served to grow Dryden’s reputation both at home and abroad. He was promotion to Chief of the Bureau’s Mechanics and Sound Division, a division which already included his own Aerodynamics section. He was elected to the Philosophical Society of Washington, was made a Fellow of the American Association for the Advancement of Science, and became the first American scientist to deliver the Wilbur Wright Lecture sponsored by Institute of the Aeronautical Sciences. The Bureau rewarded Dryden’s accomplishments by naming him its Chief Physicist. 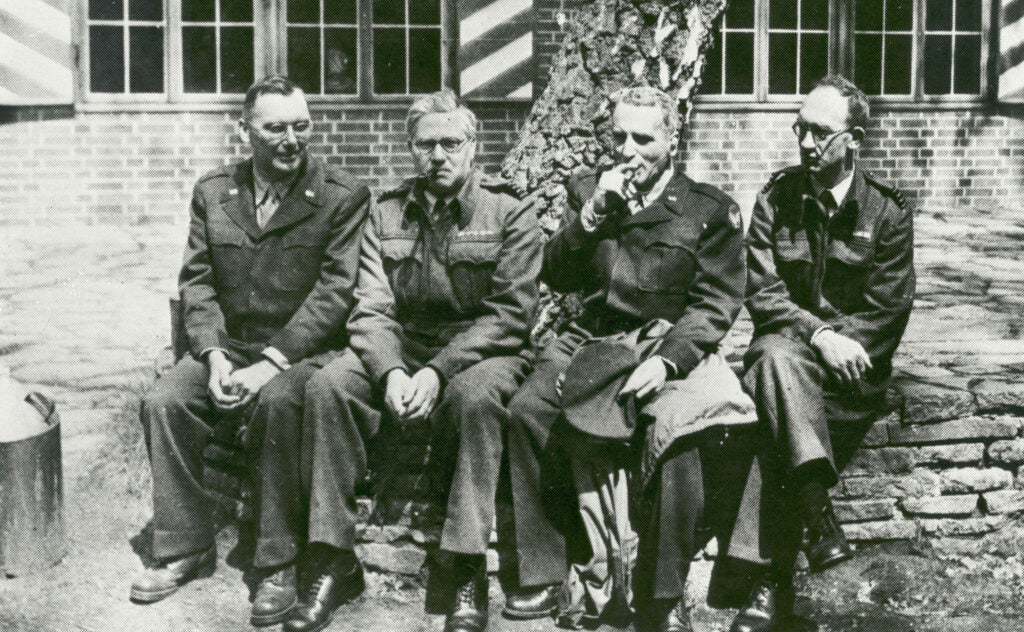 In the late 1930s, Dryden’s work with the Bureau shifted to matters of defence. In 1940 he became head of the guided missile division of the Office of Scientific Research and Development (OSRD). Among the OSRD’s notable wartime products was the Bat, an air-launched gravity bomb that used transmitting and receiving functions to steer itself towards its target. It was the only American guided missile used in combat during the war that successfully sunk several enemy ships. Dryden’s work on the Bat earned him the Presidential Certificate of Merit and a move into a management position where he took a stronger hand in shaping national policy and technological research programs.

A second wartime assignment had him travel to Europe with a team of scientists under the leadership Dr. Theodore von Kármán collectively known as the Army Air Forces Scientific Group. Dryden, with his background in supersonic flight and missiles, traveled to Germany to interview captured Nazi engineers about their technology, including Wernher von Braun and Walter Dornberger, the scientists who led the effort behind the V1 cruise and V2 ballistic missiles.

Dryden’s career took a turn in 1947 when the Director of Aeronautical Research for the National Advisory Committee for Aeronautics, George W. Lewis, retired. Established in 1915 as a committee designed to coordinate all aeronautical research throughout the nation, by the end of the Second World War the NACA was the nation’s leading aeronautical research organization with field sites across the country. And when Lewis retired, the NACA Main Committee singled out Dryden as its next Director of Aeronautical Research. He accepted the position.

As he had done following promotions at the National Bureau of Standards, Dryden turned the NACA’s research efforts towards his own interest in supersonic and hypersonic flight. And it came at exactly the right time. Dryden took his position at the NACA in September of 1947. The following month on October 14, Chuck Yeager made history’s first level flight faster than the speed of sound in the Bell X-1.

In 1949 Dryden was named the NACA’s first ever Director, and he marked the occasion by pushing the organization further towards supersonic and hypersonic flight research programs. In the early 1950s he implemented the Unitary Wind Tunnel Plan, a plan that allocated funding for wind tunnels between the NACA and the military, ultimately saving millions by avoiding duplicated technology. In 1954 Dryden was named chairman of a new Air Force-Navy-NACA Research Airplane Committee aimed at collecting experimental research aircraft data, particularly with the goal of exploring the problems of piloted flight at high speeds and altitudes. It was this group that conceived of and stood behind the X-15 hypersonic research plane. Dryden as the committee chairman was instrumental in guiding the aircraft from inception to flight, including securing congressional funding for the program. 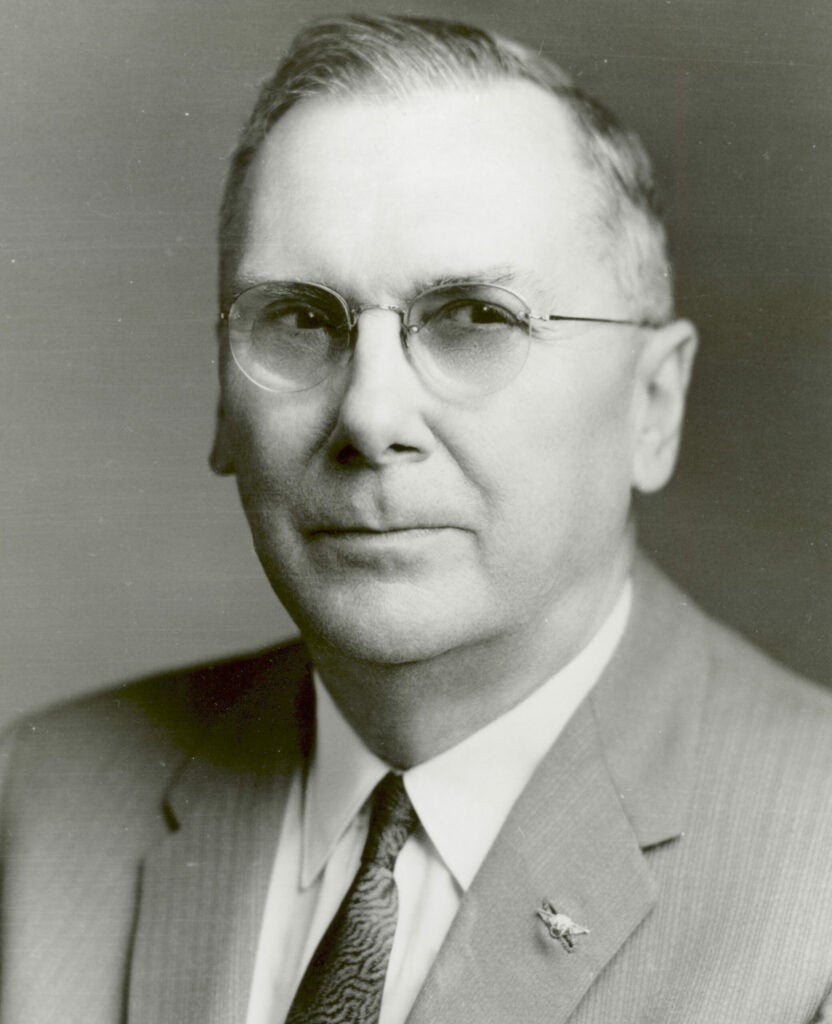 From Air to Space

Around the time the X-15 was under development, Dryden began his own transition from his speed flight research to spaceflight research. In 1955 he was elected as Home Secretary of the National Academy of Science, a position that had him reviewing satellite programs and proposals as part of the United States’ International Geophysical Year activities. Familiar with IGY programs, Dryden was among the American scientists who didn’t panic when the Soviet Union launched Sputnik in 1957. Instead, he helped shape America’s response. Dryden was on President Eisenhower’s Science Advisory Committee, which he consulted regarding Sputnik and the question of who ought to lead America’s space efforts. Dryden testified before congress that the United States needed a dedicated spaceflight agency to respond to the Soviet satellite launch. He even outlined exactly what this new agency should do.

Anticipating the transition from aeronautics to astronautics, Dryden readied his NACA staff. He had Robert Gilruth and some other staff at the NACA’s Langley Laboratory in Virginia start thinking about manned spaceflight. He directed Abe Silverstein, assistant director at the NACA’s Lewis Centre in Ohio, to move to Washington and begin the administrative switch. As for the head of the new civilian space agency Eisenhower created, the NACA leaders threw their support behind Dryden.

But when the National Aeronautics and Space Administration opened for business on October 1, 1958, Dryden wasn’t in charge. Eisenhower had nominated T. Keith Glennan, President of the Case Institute of Technology, for the job of NASA’s first administrator. Glennan accepted the post on one condition: that Dryden serve as his deputy. Not only did Dryden have an intimate knowledge of the aerospace industry and a lifetime of research into supersonic flight and missiles, he knew the 8,000 employees that transferred from the NACA to NASA as well as the technical capabilities of all the new NACA-turned-NASA research centres. Dryden accepted the job.

Though he wasn’t the agency’s figurehead, Dryden was instrumental in helping NASA gain steady footing in its early years. He negotiated launch support from the Department of Defence, arranged for NASA to take control of the Army’s F-1 engine development program, and oversaw transfer of Caltech’s Jet Propulsion Laboratory and the Army’s Ballistic Missile Agency to the new space agency. Dryden also helped establish the Robert H. Goddard Spaceflight Centre in Maryland, a site dedicated to launching and tracking unmanned probes in support of space science experiments.

When President Kennedy was sworn in in 1961, his appointee for NASA Administrator, James Webb, accepted the position on the same condition as Glennan had: that Dryden stay on as his deputy. Again, Dryden accepted the post and again threw all his energies into the space program. He dedicated almost all of his waking hours to Apollo and the intricacies of the lunar mission, and was a key figure in the technical and fiscal decisions that ultimately facilitated Apollo’s success. But Dryden never saw that fruits of these labours. He died after a four year battle with cancer in 1965. 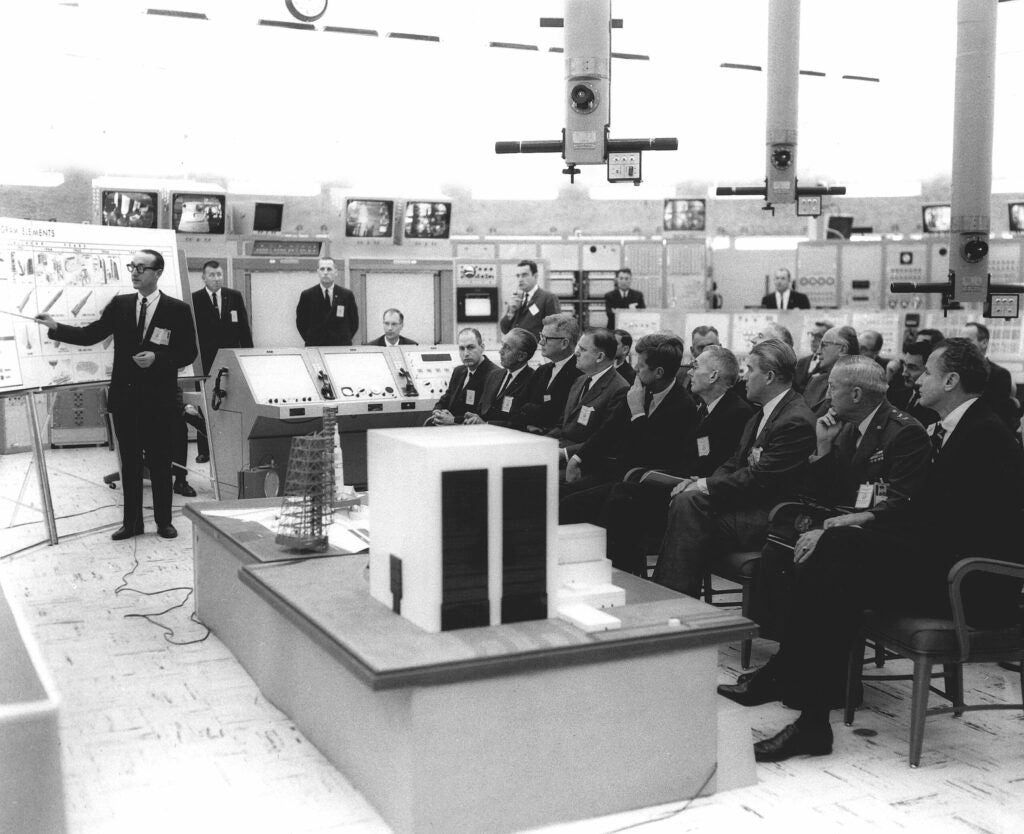 Dryden, on Kennedy’s left, during a 1963 Apollo program presentation.

In their biographical memoir of Dryden, Jerome Hunsaker and Robert Seamans sum up Dryden’s life simply: “Hugh L. Dryden’s life was given to helping good men get good results.” Neil Armstrong was one of the many men who benefitted from Dryden’s lifetime pursuit of solving aeronautical engineering questions. Armstrong flew aircraft that were shaped by Dryden’s research, and also participated in some of the test flight programs that Dryden brought to life to answer questions of high speed flight. Armstrong and Dryden first crossed paths at the Flight Research Centre in the 1955. Dryden was head of the NACA when Armstrong arrived at the remote site in California, a young pilot not a year out of university. During his tenure at Edwards, Armstrong piloted the X-15 seven times and worked out the launch abort procedure for the X-20 Dyna-Soar, a still-born space-plane program pursued jointly by the Air Force and the NACA. After joining NASA’s astronaut corps in 1962, Armstrong was again part of a program shaped by Dryden and flying in vehicles that on some level benefitted from Dryden’s research.

With a legacy like Dryden’s, it’s appropriate that the Flight Research Centre bear his name. At the dedication ceremony in 1976, NASA’s then-Administrator James Flectcher said it was fitting that this remote site, “with its unique and highly specialized capability for solving aerospace problems, should memorialize the genius of Hugh Dryden.” There’s certainly an argument to be made that the Flight Research Centre should continue memorializing the genius of Hugh Dryden.