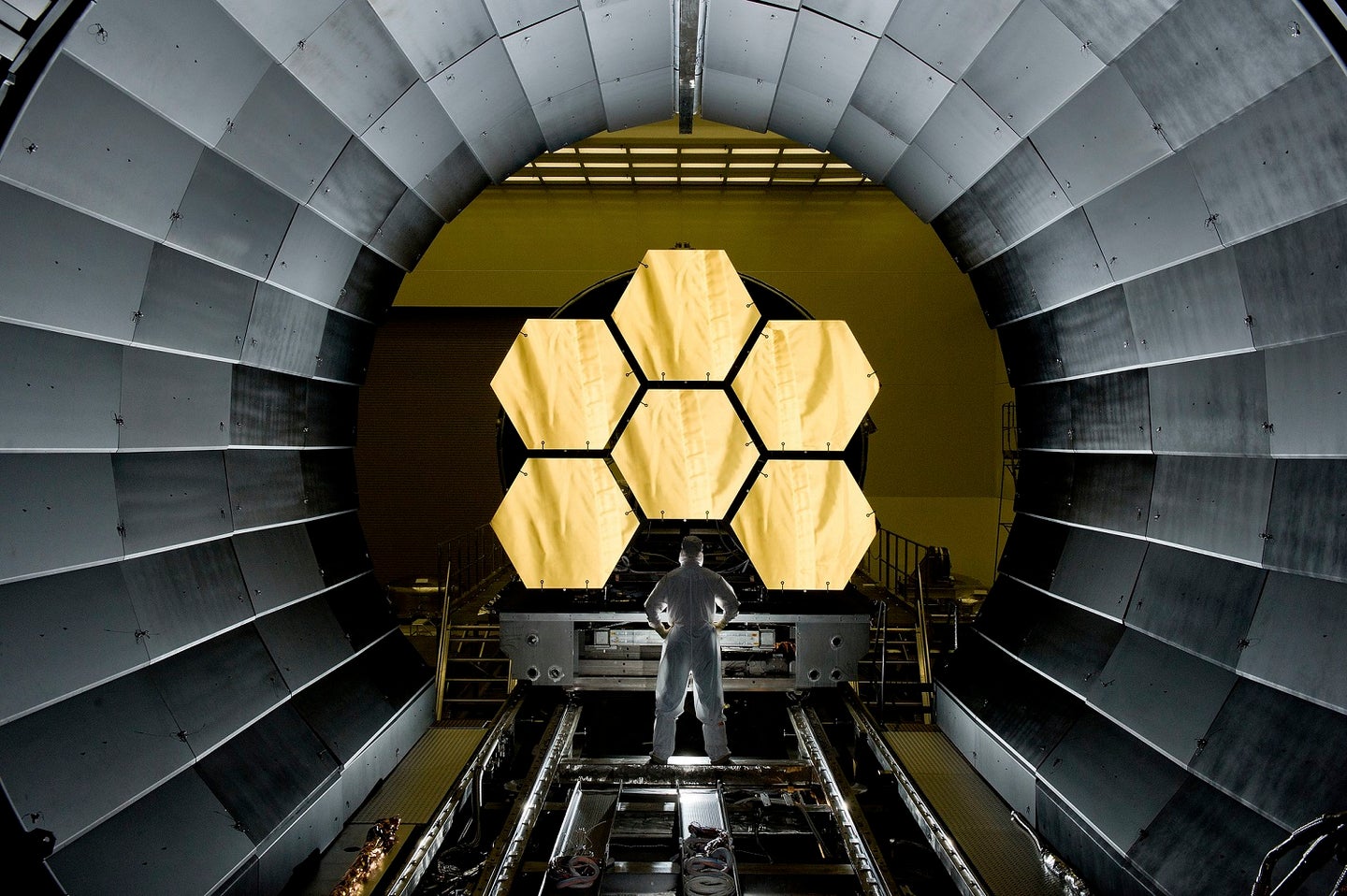 Dark matter could be composed of ancient black holes, according to a new study which explores an old theory making a recent comeback. In the next year, observations by NASA’s recently launched James Webb Space Telescope could hint that many black holes formed during the birth of the universe. Those observations might even explain the gravitational effects of dark matter.

Many particle physics models explain dark matter using what are called weakly interacting massive particles, which are heavy, slow-moving theoretical particles that tug on regular matter through gravity. But that explanation has been in “increasing tension with recent experimental data,” says Benjamin Lehmann, a physicist and PhD candidate at the University of Santa Cruz, who studies dark matter and particle physics and was not involved in the study. So the particle physics community has been eager to explore other candidates for dark matter–including revisiting past theories in new models.

In the early 1970s, Stephen Hawking predicted that dense pockets in the super-hot, compact early universe could have become the first black holes. The creation of black holes at the dawn of time, which are known as primordial black holes, relies on a key fact: that the large-scale structure of the universe is the result of tiny fluctuations moments after the Big Bang.

Under this theory, pockets of these fluctuations would reach a critical density, primed to become black holes, but the intense heat around them wouldn’t allow them to collapse instantaneously. Particles were so hot they were “zipping around like crazy,” unable to collapse into black holes until the universe spread out and cooled enough to allow it, says Günter Hasinger, the Director of Science at the European Space Agency as well as a specialist in X-ray astronomy and author of the new study to be published in the Astrophysical Journal.

This collapse would happen only as soon as elementary particles called quarks are able to coalesce into protons, Hasinger says, which would begin while the universe was just a fraction of a second old.

The team set out to see if the universe we see today could have been created with “this new cosmology” of primordial black holes, says Nico Cappelluti, an astrophysicist at the University of Miami who led the study. Their model found that a universe with primordial black holes acting as dark matter could look pretty close to ours.

The team’s model predicts stars formed after roughly 50 million years–much earlier than the 300 million years predicted under the standard model. Scientists might be able to resolve that difference with a close look at the far and ancient reaches of the universe, Cappelluti says.

Designed to examine signals from more than 13.5 billion years ago, the James Webb Telescope could be the bridge between Hawking’s decades-old idea and dark matter. Back when Hawking proposed primordial black holes, researchers “didn’t have a real sense of scale,” Hasinger says. They thought the black holes created would be very small, so scientists in the years that followed looked for the gamma rays produced by small black holes. When they didn’t find them, the idea was shelved by most researchers for decades.

Even with today’s best telescopes, scientists still have “a big gap” in their knowledge of the early universe, Cappelluti says. Astronomers can observe the latest 13 billion years of the universe’s history, but it’s about 14 billion years old. That missing billion years is full of unanswered questions, such as how we ended up with such massive black holes, billions of times the mass of the sun, he says. The formation of these supermassive black holes are tough to explain with researchers’ current understanding of physics.

Hasinger is confident that the James Webb telescope will see stars, if they exist, in what’s called the “deep field,” the dark region of space where the Hubble Space Telescope spotted a plethora of the oldest observed galaxies for the first time. And if that happens, it’s likely to occur in a matter of months after the observatory begins operation.

James Webb will “open that window,” into a distant epoch of time, Cappelluti says. If it finds that proto-galaxies were much more plentiful than predicted, their number and attributes could be a good indicator for whether primordial black holes exist. But, “the smoking gun” will most likely be a future detection of gravitational waves from a primordial black hole, Cappelluti says.

Lehmann thinks there is an “exciting possibility” that James Webb could test the authors’ model. But, he says, he thinks “this will not fully settle the question of whether dark matter is composed of primordial black holes.”

Scientists don’t usually try to prove their theories right, they just come up with a theory and try to “shoot it down,” Hasinger says. The more attempts fail to poke holes in a theory, the more solid it becomes. If it can’t be shot down, the theory survives–at least until the next generation of experiments and discovery.

Whether the team’s theory is shot down or not, upcoming observations could be a huge milestone in the search for primordial black holes. If scientists examine the deepest Webb observations and “don’t see an inkling of a change from the standard model,” Hasinger says, “then we would be in trouble.”