NASA’s early astronaut corps was anything but diverse. The criteria astronaut hopefuls had to meet in the late 1950s and... 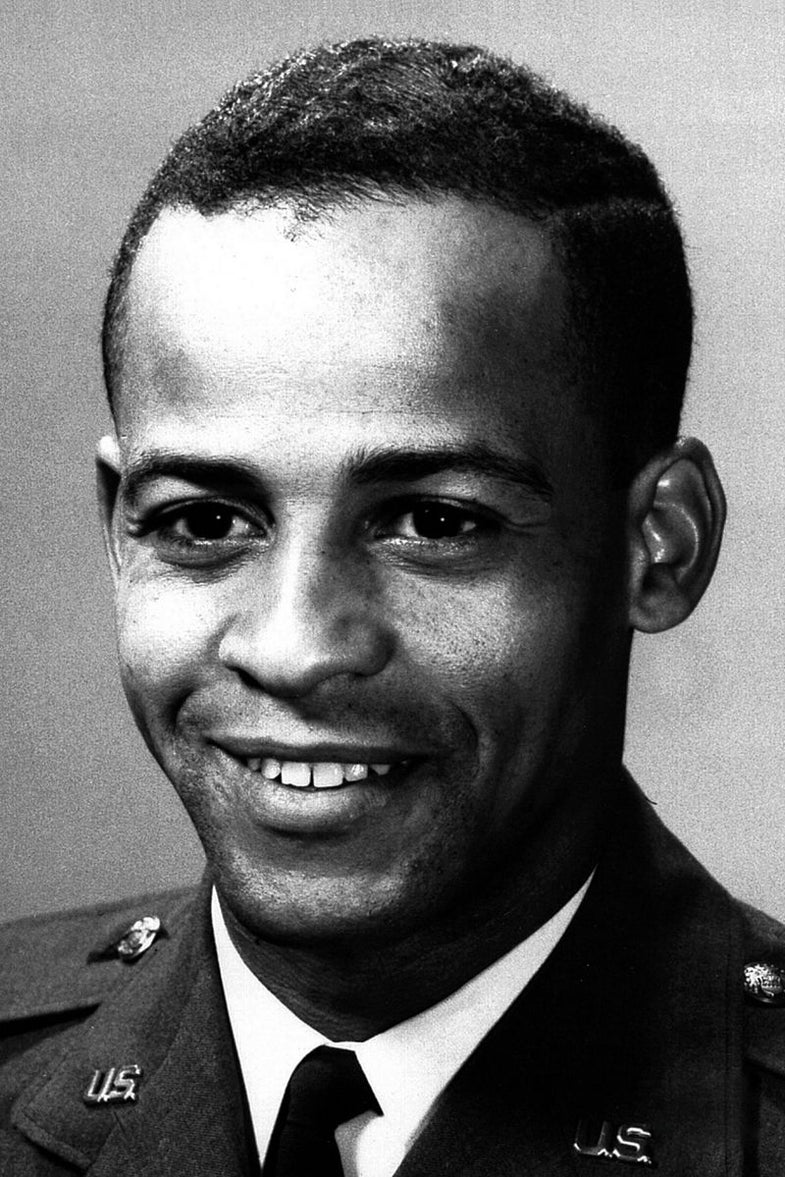 NASA’s early astronaut corps was anything but diverse. The criteria astronaut hopefuls had to meet in the late 1950s and 1960s was so strict that those eventually selected to fly in space were all cut from the same mold: white, younger middle-aged men with test pilot experience, advanced degrees in aeronautical engineering, and military experience standing under 6 feet and weighing less than 180 pounds.

The Kennedy administration sought to change that. The idea was to move away from the “protestant white male” archetype by adding an African American to the roster. And Kennedy picked Edward Dwight.

A Kansas City native, Dwight left his hometown in 1953 to join the U.S. Air Force. He served as military pilot before completing his degree in aeronautical engineering from Arizona State University. He entered Test Pilot Training Program at Edwards Air Force Base in 1961, and in 1962 began training as an astronaut candidate. With the same qualifications as his space-bound counterparts, Dwight worked as a fully qualified Aerospace Research Pilot but remained the target of racism from both his colleagues and commanding officers.

When President Kennedy was assassinated in 1963, it changed the course of Dwight’s life. he maintained in a 1985 interview in Ebony magazine that the president’s death was the reason he never joined the astronaut corps and trained for spaceflight. Kennedy’s successor Lyndon Johnson, said Dwight, had handpicked a different pilot to bring diversity into NASA’s astronaut corps: Robert Henry Lawrence, Jr.

Lawrence was a senior USAF pilot who, by the mid-1960s, had accumulated more than 2,500 flight hours of which most were in jets as well as a handful of tests in the Lockheed F-104 Starfighter. His work was aimed, in part, to understand gliding flight characteristics of unpowered vehicles returning from space, like the X-15 and eventually the space shuttle. Lawrence was selected as an astronaut slated to fly the Air Force’s Manned Orbiting Laboratory program, but never made it to space. MOL was cancelled in 1969, and though a handful of MOL astronauts joined NASA at the time Lawrence was not among them. He died in an F-104 crash two years earlier. On December 8, 1997, Lawrence’s name was added to the Astronaut Space Mirror Memorial at the Kennedy Space Centre in Florida.

Dwight eventually left the Air Force in 1966 and retired to private life. In the 1970s, he earned a degree in fine arts and set about pursuing a career as a sculptor, one which it seems he was well suited for. He remains a successful and very celebrated sculptor to this day. (Check out some of his work here!)

Help us do science! I’ve teamed up with researcher Paige Brown Jarreau to create a survey of Vintage Space readers. By participating, you’ll be helping me improve Vintage Space and contributing to SCIENCE on blog readership. You will also get FREE science art from Paige’s Photography for participating, as well as a chance to win a t-shirt and other perks! It should only take 10-15 minutes to complete. You can find the survey here: http://bit.ly/mysciblogreaders/.