It definitely won't be its last. 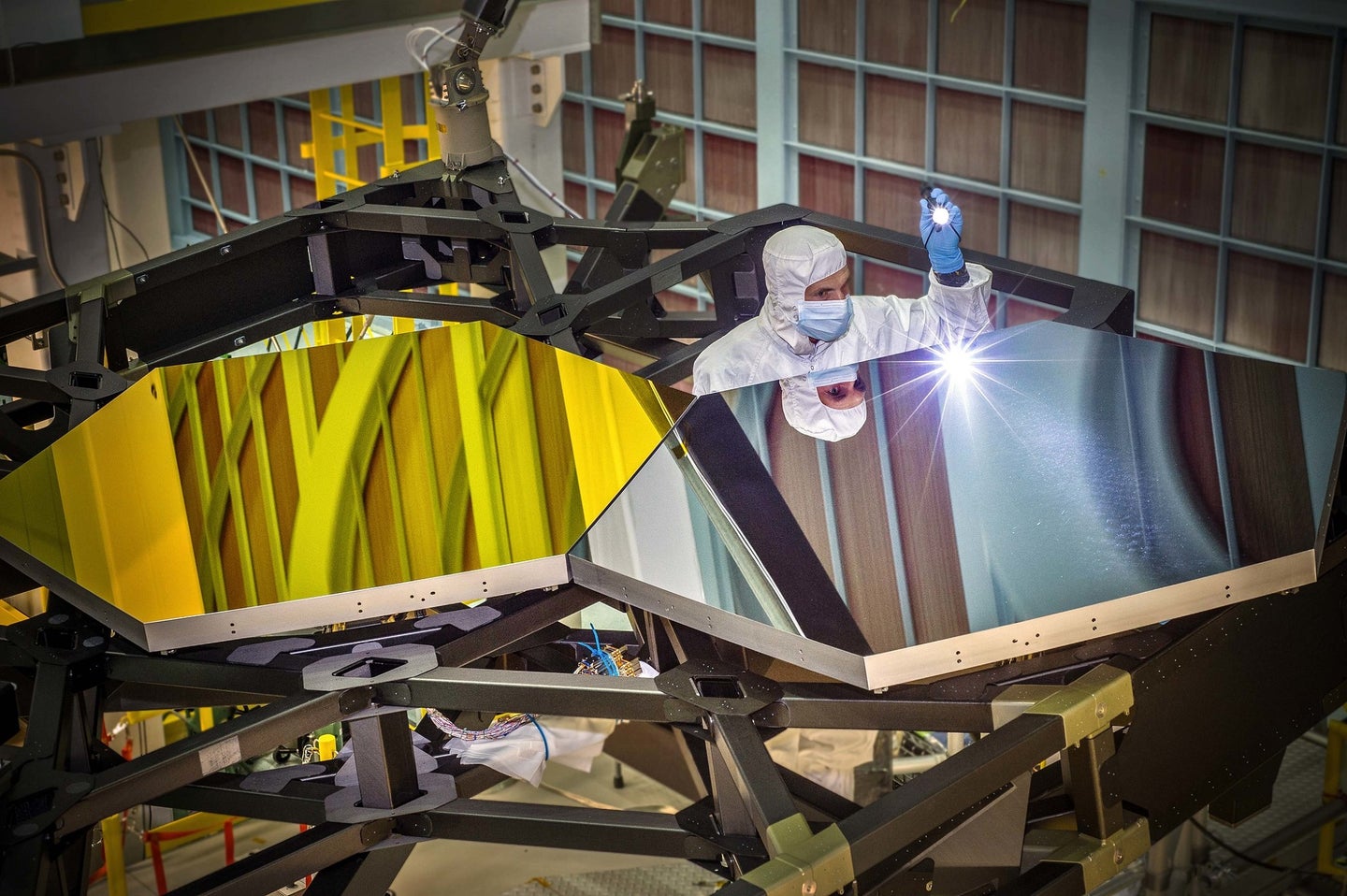 As the James Webb Space Telescope (JWST) pushes to the end of its final alignment phase, perfecting its instruments to capture full-color scientific images, it’s making quite the impact.

A few weeks ago, the JWST team detected a micrometeoroid hitting one of the telescope’s 18 hexagonal mirror segments. A micrometeoroid is a piece of space debris, usually left behind by a comet, that’s just a fraction of an inch long. While the majority of them are innocuous, if they pick up enough speed in the vacuum of space, they can cause damage to flying or orbiting craft. But in this case, NASA engineers concluded that the mirror’s functions stayed intact and that operations could go on as planned.

“After initial assessments, the team found the telescope is still performing at a level that exceeds all mission requirements despite a marginally detectable effect in the data,” the agency wrote on its blog. “Thorough analysis and measurements are ongoing.”

JWST is currently in orbit at Lagrange point 2, about 930,000 miles away from Earth. Given the telescope’s remote location, the team that designed it predicted it would face multiple micrometeoroid collisions. So, they made sure to check its durability with both computer simulations and lab-based stress tests. Still, the engineers noted that the real-life impact was much more serious than any they had practiced.

The telescope’s 44-pound mirror segments are made of beryllium, a soft, light metal that’s surprisingly hardy against water, air, and heat. They’re also coated in gold to maximize clarity and reflectivity. NASA didn’t specify if there was any superficial damage on the impacted mirror (it might be hard to tell because we can’t see JWST anymore)—but the agency gave some details on how they adjusted the entire system post-crash.

“Webb’s capability to sense and adjust mirror positions enables partial correction for the result of impacts. By adjusting the position of the affected segment, engineers can cancel out a portion of the distortion. This minimizes the effect of any impact, although not all of the degradation can be cancelled out this way. Engineers have already performed a first such adjustment for the recently affected segment C3, and additional planned mirror adjustments will continue to fine tune this correction.”

As JWST snaps into research mode, the team will use data from NASA’s Marshall Space Flight Center to carefully track meteor showers around Lagrange point 2. That way, they can redirect the mirrors when needed to avoid bombardment. Even then, however, some collisions will be unavoidable. As precious as JWST is, at the end of the day, it’s a next-gen astronomy tool, built to travel far and encounter many unknowns. If Hubble can survive more than 30 years in space, and Voyager 1 for 45, our newest telescope should be able to weather most anything hurtling its way.

Correction (June 10, 2022): The acronym for the James Webb Space Telescope was corrected. Also the word “airborne” was changed to “flying or orbiting” to describe spacecraft accurately.