In 2001, Dennis Tito used his millions to buy a seat on a Soyuz spacecraft for an eight-day visit to...

In 2001, Dennis Tito used his millions to buy a seat on a Soyuz spacecraft for an eight-day visit to the International Space Station. On February 27 of this year, he announced his plan to foot a large portion of the bill for Inspiration Mars, a flyby mission to the red planet. On Wednesday in front of a House Committee on Space, he called for NASA to pick up the slack to see his mission fly, both financially and technologically. Inspiration Mars had some obvious problems from the start, but this latest development looks a little like it might be the first nail in the mission’s coffin.

Tito unveiled Inspiration Mars earlier this year as a philanthropic mission; technological and scientific ends were secondary to the primary goal of inspiring the nation to aspire to great things in space once again. The mission itself is fairly straightforward. A crew of two (a married, middle-aged, heterosexual couple) will launch in January of 2018, fly to Mars, and whip around the planet’s far side using gravity to boost them back to Earth. The mission isn’t designed to land on Mars of even go into orbit. It would be a 501 day flight with a very short but exciting flyby around one of our neighbours. 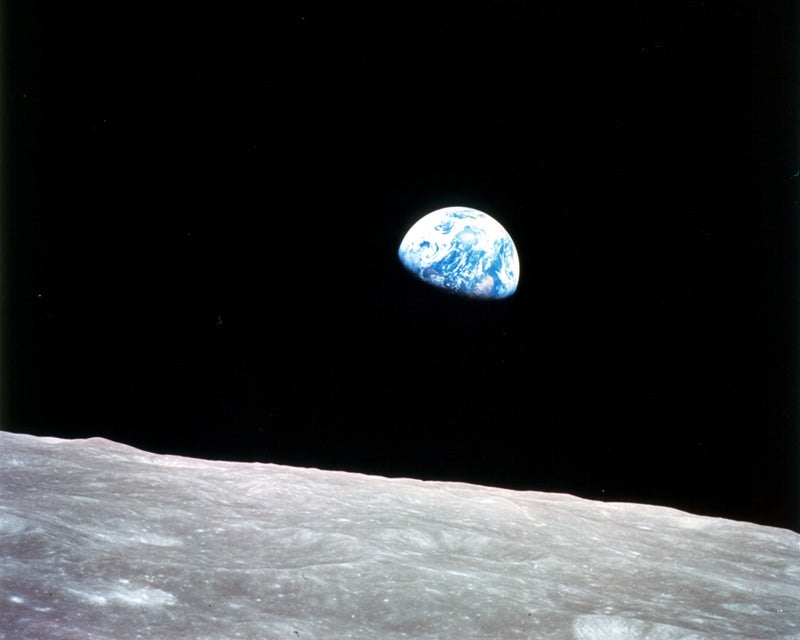 Throughout February’s press conference, Tito and his panel made reference to Apollo 8, the second manned mission of the Apollo program that took half a spacecraft (the command and service modules without the lunar module) to the Moon. But unlike the proposed Inspiration Mars, Apollo 8 went into orbit around its target; NASA wasn’t about to go all the way to the Moon and not test the main service propulsion engine. But Apollo 8 was never about philanthropy. It was about keeping pace on the way to the Moon after the Apollo 1 fire. Apollo 7 proved the rebuilt Apollo Block II Command and Service Module was flight ready in October of 1968 but the lunar module was far from ready to fly. Rather than waste time waiting, NASA moved forward with a revised flight schedule. That Apollo 8 was a fantastic, successful, and a wonderfully inspirational mission, the mission that gave us the famous Earthrise picture, was the happy fallout.

Differences between Apollo 8 and Inspiration Mars aside, the Apollo program does provide a good model for what Tito is trying to do with his mission. It also helps illuminate some of its major problems. When, in 1961, Apollo became the program to land men on the Moon within in the decade, NASA had about eight years to make it happen. Though the technology didn’t exist, the right people knew what technology they would have to design, test, and fly to achieve the goal. The F-1 engines, the guidance system, and even the basic spacecraft were already on the drawing board or under development. When Tito announced inspiration, he had almost six years to make it happen. What was missing from the proposal when it was presented was details about those thing: the rocket, the spacecraft, and all the associated systems.

Funding Inspiration Mars was another issue that was unclear from the start. At the outset, Tito said he would to finance the first two years of the program with about $300 million of his own money. The remaining $700 million (the predicted total cost for the mission that will surely rise if it gets going was set at a little under $1 billion) was to be culled through crowdsourcing efforts and corporate sponsorship. Practical matters, too, was unclear – consumables like food and oxygen, waste storage or disposal, and protection against micrometeoroids and radiation on a nearly two year long voyage. An artist’s concept of SLS and Orion inside the VAB

Now it looks like Tito might have counted his chickens before they hatched. The original proposal called for a simple Inspiration Mars flight that a commercial spacecraft could handle. Turns out, the mission is more complex than simply launching on a set trajectory with enough energy to let Sir Isaac Newton take the wheel. If Inspiration Mars is going to fly, particularly if it’s going to take advantage of the 2018 launch window, it’s going to need NASA technology. The Space Launch System rocket the agency is currently developing will have a Dual Use Upper Stage capable of launching Inspiration Mars to the red planet. NASA’s Orion spacecraft, a modern-day Apollo-style capsule spacecraft, has been designed with long duration missions and high-speed Earth reentry in mind, exactly what an Inspiration Mars spacecraft is going to have to deal with.

And so, Tito has put out the call to NASA: “We submit for the consideration of the American people, the President, Congress, and NASA a new mission. We propose to send a spacecraft bearing two astronauts, a man and woman, to the far side of Mars and return them to Earth, a voyage of 314 million miles in 501 days, in collaboration with NASA, in the name of America, and for the good of humanity.” If NASA were to take up the challenge, the agency would have to make some fast decisions to keep pace with the 2018 deadline. If not, there’s a second option to fly an 80-day longer mission in 2021; it’s Tito’s second choice, but better than not going at all.

Unfortunately, NASA has little if any financial wiggle room these days. The agency’s budget has been shrinking consistently in recent years and programs have been slashed in the name of keeping the James Webb Space Telescope on track for its own launch date (which keeps slipping). Taking on another major mission right now could have disastrous results. Apollo worked in the time frame it did because the government threw as much money at NASA as it needed to make it happen. We’re not going to see the same thing happen with this kind of mission to Mars.

But the financial side is only part of the problem. The other, and arguably bigger problem is the rational of going at all. Tito’s take is that this partnership with NASA would be done in the name of America for the good of humanity. “The endeavor is not motivated by business desires, but to inspire Americans in a bold adventure in space that reinvigorates US space exploration.” 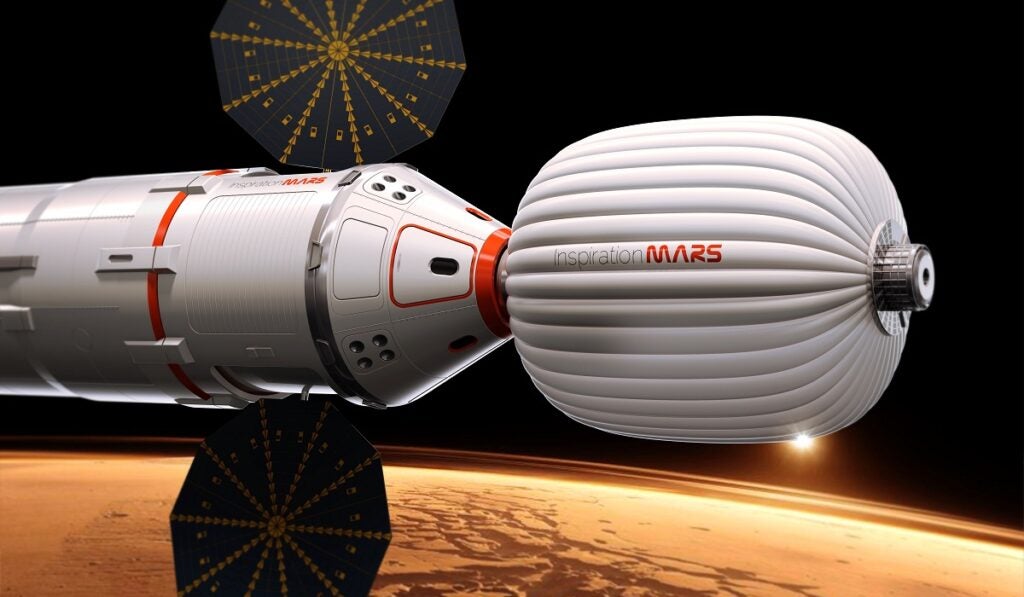 An artist’s concept of Inspiration Mars

As lovely as it may sound, inspiration doesn’t make rockets fly. Inspiration Mars is primed to be a crash program, which is exactly what Apollo was. In getting to the Moon, NASA took the easiest path. The decision to go with lunar orbit rendezvous as a mission mode (having the smaller lunar module land while the bulk of the spacecraft and the bulk of its fuel stayed in orbit) was brilliant in that it facilitated getting to the Moon within the decade, but the technology wasn’t applicable to other missions. And while there were studies that explored the possibility of sending a mission to Venus or Mars with Apollo hardware, the rationale to go was never there; these proposals were never more than “thought missions.”

As though to offer some incentive, Tito said that the technologies developed towards Inspiration Mars will belong to NASA, giving the agency the freedom to use them towards other space goals. But if most of Apollo was shelved after the program was cancelled, why should we expect to see the technology behind a crash Mars program live on beyond its goal?

A flyby, or better yet an Apollo 8-style Mars orbital mission, would certainly be a good step towards the goal of landing men on the red planet. It would be great to have scientists in orbit controlling a rover in real time! But these first steps need to be done in a systematic way that feeds into a longer term progam or generates some widely applicable technology. If private industry couldn’t see this grand crash-program through, it’s unlikely the government is going to be the benefactor of Tito’s dreams. And a forward thinking agency is probably unlikely to take on a short-term crash program.