What We Can Learn From The Disney Alligator Attack Tragedy 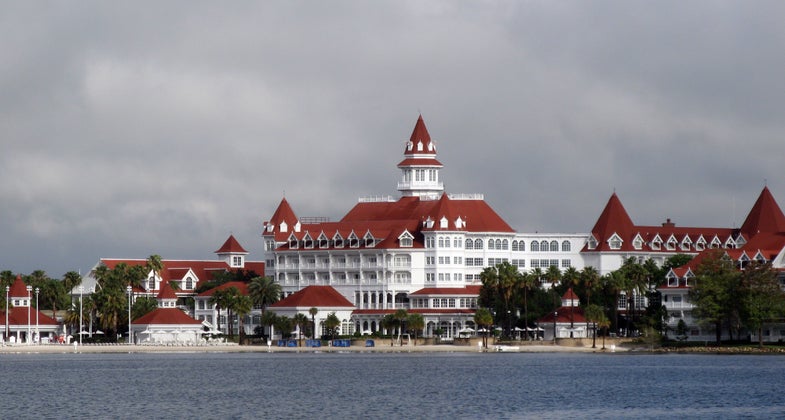 Last night, a two-year-old boy named Lane Graves was snatched from the shore of a man-made lagoon at Disney’s Grand Floridian Resort and Spa in Orlando. According to reports his parents, who were nearby tried to save him, but were unable to reach him in time. A huge search and rescue operation lasted for over 15 hours, but Grave’s body was eventually found intact nearby.

It’s a horrifying incident, but a rare one. In Florida, there have only been 383 reported alligator bites since 1948, only 23 of which have been fatal.

“Considering that there are millions of people and millions of alligators, both attacks and especially fatalities are rare,” alligator expert Frank Mazzotti, a professor at the University of Florida, told Popular Science.

Overall, there are many other animal encounters that are far more dangerous to humans than alligators.

“If you want to look at dangerous animals look at deer. Deer are way more dangerous than alligators, so if you’ve got to be afraid of anybody, be afraid of Bambi.” Mazzotti says, noting that deer were the cause of many traffic accidents, while alligators tended to stay in waterways and away from humans, who are usually too large to be considered an alligator’s prey.

Mazotti also pointed out that statistically, dogs are much more likely to harm or kill humans than alligators.

The motivation behind the attack remains unclear. Alligators tend to eat just about any prey that they can find in their environment. Larger alligators (larger than about 4 feet) will snack on all kinds of vertebrates, from fish to birds, to mammals. A particularly large alligator could even take down a small deer if it wanted to, Mazzotti said. “If you are small, even though an alligator might not normally think of a human as food, if there is a small object bouncing around the waters edge, it might,” he says.

As it is, we just don’t yet know enough about what happened in Florida to know if this alligator was looking for a meal, or defending it’s territory, which alligators typically do by biting and then releasing an interloper Mazzotti says. There are no good answers yet for why this happened. The boy’s body was found intact, and initial statements from the sheriff indicate that he might have drowned. What we do know is that there likely wasn’t anything that anyone could have done under the circumstances to have this situation turn out differently.

“This is simply a set of unfortunate circumstances. This is bad luck, this is an accident.” Mazzotti says.

Mazzotti notes that often after alligator attacks he hears statements from people indicating that alligators are dangerous and/or that the parents must have been neglectful, neither of which, he says, is necessarily true. “These things happen so fast that even if you had your child in your sight, if an alligator came up from underneath the water and grabbed it and tried to take it away, you wouldn’t have time to react” he says. “So, blaming both the parents and the alligator is not fruitful under these circumstances, it really is just a tragic event that happens very rarely.”

Mazzoti notes that if you are worried about preventing an alligator attack, and are living or visiting alligator-friendly habitats, the best thing you can do is pay attention to the most vulnerable members of your group, pets and children. “If you’re with a young child or a small pet, pay the same attention to them as you would to protect them from drowning.” Mazzotti says. “If you do that, you really have done everything you can to protect them from an alligator attack.”

“Would that we could, but the simple fact is we cannot make life risk-free.” Mazzotti says. “We just can’t.”

Update 4:32 PM–This story has been updated to include name of the child and the fact that the child’s body was recovered. Our thoughts are with the Graves family.