The Hot Zone: This Little Fly Can Inflict Some Serious Pain

As if Ebola workers didn’t have enough to worry about 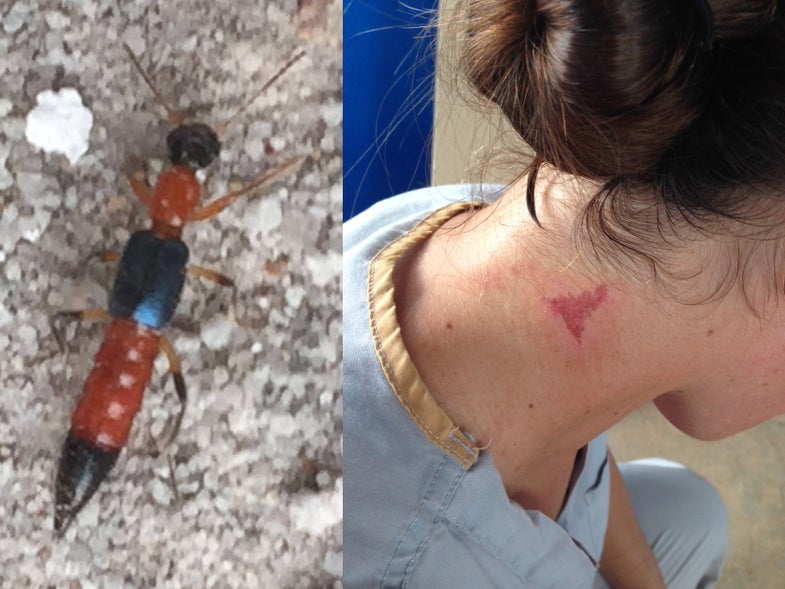 As the Ebola epidemic keeps smoldering in West Africa, we continue to reflect on ways we could have responded better, faster. In most media coverage, this analysis focuses on politics and health factors. But one area I think a lot about is the physical terrain in which we worked and the associated engineering challenges that arose. Those obstacles definitely caused major delays in the response, with new ones popping up each day.

In West Africa, especially in Liberia, Sierra Leone, and even parts of Guinea, tropical forest dominates the scenery. Palm, rubber, mahogany, teak—all kinds of trees crisscross in dense chaotic patterns. Underneath it all is a bright red dusty earth that makes the greenery even more striking to the eye. More about that dirt later.

That biodiversity means many Ebola treatment sites were literally hacked out of jungle. As a result, we were sharing space with new neighbors, many of whom had now lost their habitat and were in the market for a new home. Our sites were their dream homes. With our drainage canals, we would draw field mice, which would in turn draw snakes. Then with our lights, we would draw huge insects like moths and horn-beetles, one of which smacked me in the eye during flight. To my relief, neither of us seemed permanently harmed. And speaking of flight, once clouds of insects hovered around, dozens of birds would buzz in to feed. It felt very much like we were in a new biosphere with our own flora and fauna—mostly fauna.

My colleague in Liberia, John Abregonde, captured some astonishing images of the bugs in shapes and textures I didn’t even know existed: 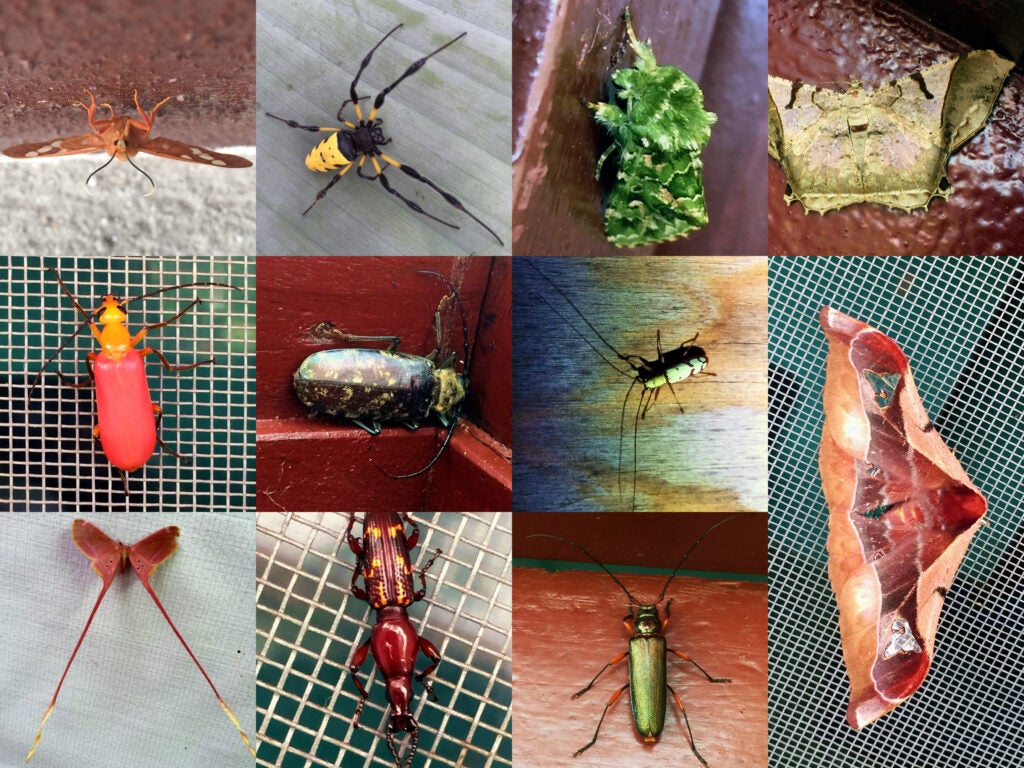 The Bugs Of Liberia

The beetles and moths—plus one spider!—spotted in a Liberian Ebola treatment unit.

John’s observational skills are impressive. (Not surprising, since he’s a nurse.) I missed the majority of these critters, probably because there was really only one insect on my mind: the Nairobi fly.

The Nairobi fly is an orange and black-striped critter that is actually a beetle. It also happens to contain a very nasty toxin in its body. They don’t bite or sting. Instead, if you slap them—like you would a mosquito—their toxin spreads on the skin. And it burns. It’s extremely painful and can even leave scarring. Many people get burns on their necks, where Nairobi flies often land after falling from the ceiling. Some Ebola response workers, myself included, watched movies like Outbreak or Contagion before arriving, just to get a feel for things. The Nairobi fly makes me think I should have watched Alien instead.

There was really only one insect on my mind: the Nairobi fly.

Getting burned by a Nairobi fly can sort of feel like a badge of honor, but there are real implications. It’s already horrible to carry a burn covering your whole neck or forearm, but it’s especially problematic if you’re a nurse or doctor who needs to don a protective suit that can heat up to 120 degrees Fahrenheit inside. Beside the discomfort and irritation that can result, an open wound that size is an immense liability for infection in the hot zone. Some medical workers had to miss a shift or two to get the wound under control first.

Worse yet, there really is no defense or repellent against the Nairobi fly. In 2010 in several African countries, there was an unexpected explosion in the insect’s population. You can still find articles online about that; people thought it was a mysterious skin disease. The invasion was so severe local U.S. embassies issued warnings to U.S. citizens to stay on guard against the bugs, but there was no advice how to get rid of them. We just had to wait for the change in seasons before their numbers dropped.

Waiting out a plague of Nairobi flies was hardly the only time nature won in West Africa. In fact, we found ourselves constantly at odds with the environment. In the next couple posts, I want to look closer at the engineering challenges that we experienced, many of which intersected with each other. Take water, for example—a key ingredient in supplying an Ebola treatment unit. Whether it was the potential health risks of flooding during the rainy season or not being able to drill for wells in the dry season because the earth is so dry and dusty, almost like red sand, finding optimal water sources was a huge challenge.

And, I found out, Nairobi flies are drawn to places with lots of moisture.

Jefferson Mok recently returned to the United States after a six-month stint in Guinea and Liberia as a communications officer, most recently for International Medical Corps Ebola Response Team. The Hot Zone, his Popular Science series, explores the (rubber) boots-on-the-ground response to the Ebola epidemic in West Africa.