Plus, the early days of mishandling deadly vials in labs. 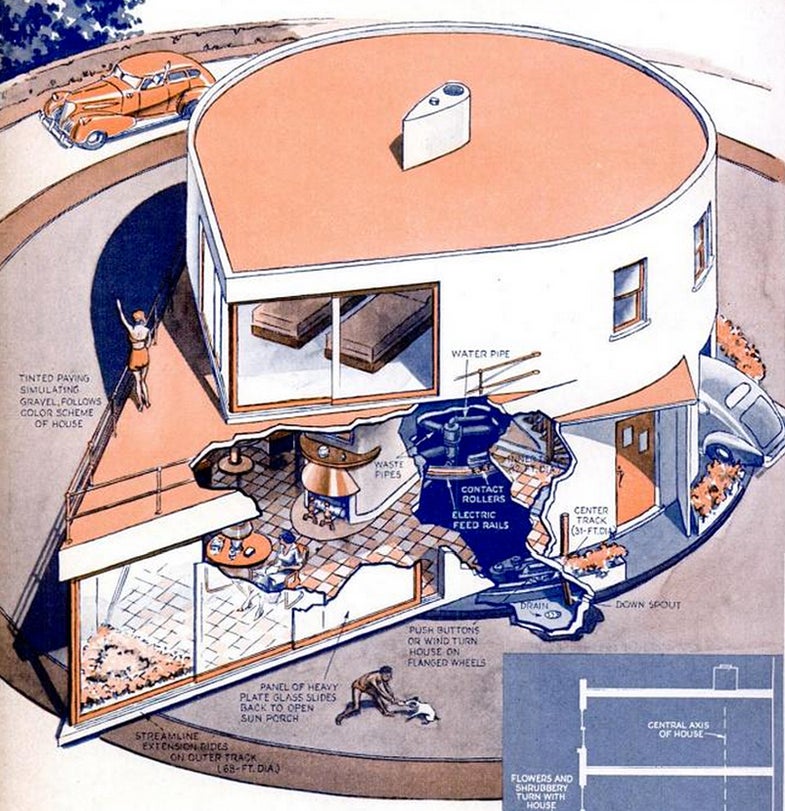 In this Throwback Thursday we look back 75 years to to our October 1939 issue. War was just breaking out across the world, and superior American creativity seemed like the solution to all our worries. Back in those days our magazine explored many of the same themes that excite us today– covering news, science, and cutting-edge technology, while imaginging the world of the future. Of course, some of our expectations were more accurate than others.

Uncle Sam Arms Against The World Though the United States was still a few years away from firing its first shot in World War II, Popular Science was already anticipating America’s entry into the war. Here’s how one of our editors imagined the response to a hypothetical attack:

A surprise attack came of course—though at Pearl Harbor (labeled “Hawaii” on the map above), not the Panama Canal. The Japanese attempted to wipe out the American Pacific fleet rather than bottle it up in the Atlantic. Still, the story pretty much nails how emerging weapons and technologies would shape the war.

Defenses On Land And Sea

The Hurricane House Of Future Past

In a less prescient piece on disaster preparedness, our reporter wrote about a plan for rotary houses designed to withstand hurricanes. The teardrop-shaped dwellings would spin on a central axis like a weather vane to present their most aerodynamic, least vulnerable end to battering storms.

The two-story structure offered a novel approach to weathering weather, but as far as we can tell it never went into production. Perhaps plywood and sturdy walls are the best solution after all. 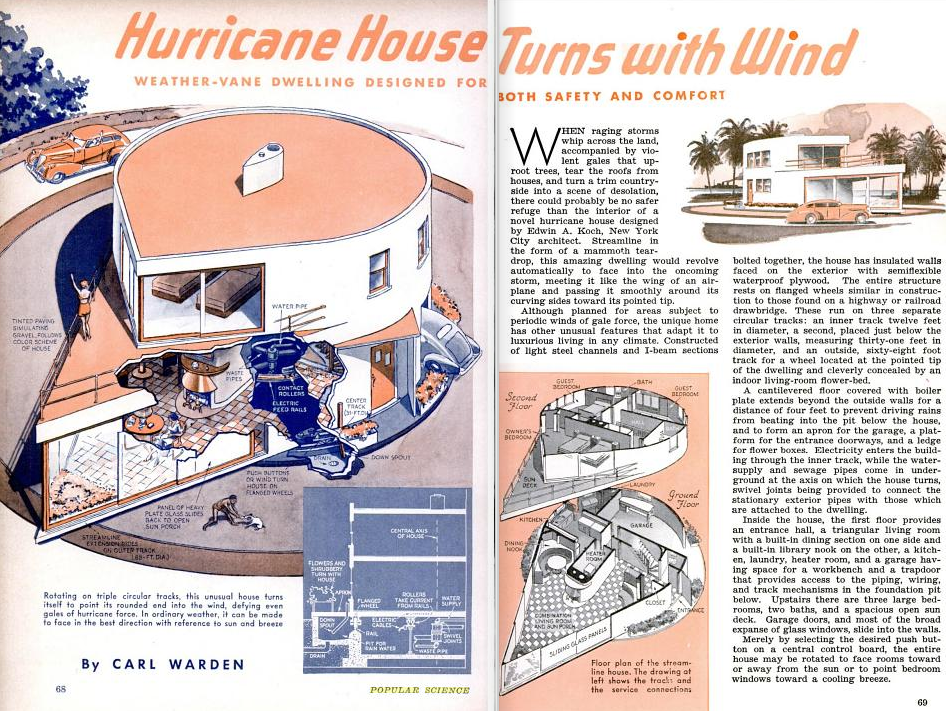 Please Tell Me You Washed Your Hands Afterward

Long before smallpox and ricin poison started turning up in the backs of several lab freezers, we wrote about the early days of buying and selling deadly pathogens. 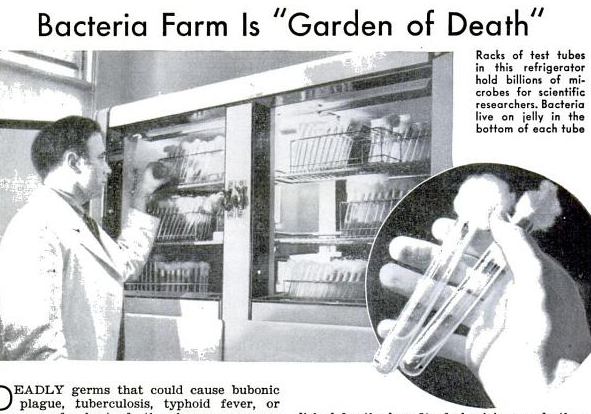 We don’t know what “reasonable prices” are in this situation, and are just a bit disturbed by the cotton ball stoppers on the vials and the bare hands and face on the lab worker pictured.

One of our reporters spent some time with the Texas Rangers and noticed some interesting changes in the frontier force. The days of firing revolvers from galloping horses were gone—replaced by sub-machine guns fired from a speeding car. 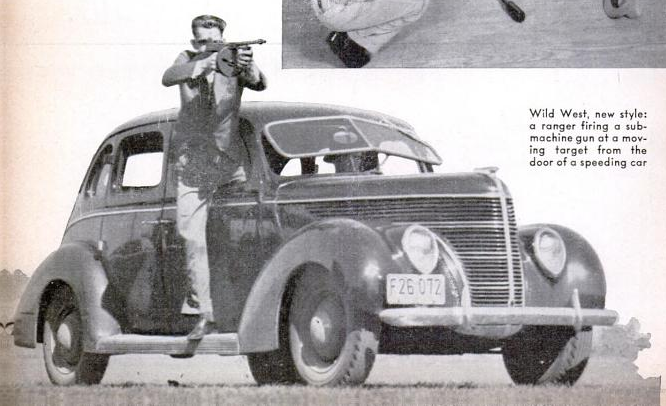 That’s One Way To Do It

First, Do Some Harm?

An attempt to find the cause of heart attacks (then thought to be a byproduct of a gassy digestive tract) produced this alarming illustration. It was a different era in medical ethics, we suppose. 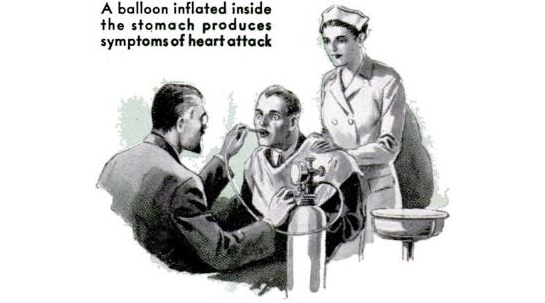 Time To Find A New Doctor

Run Out And Buy This

Last, but not least, we thought this contraption, dubbed “Goofybike,” was worth a second look. Someone get Schwinn on the line? 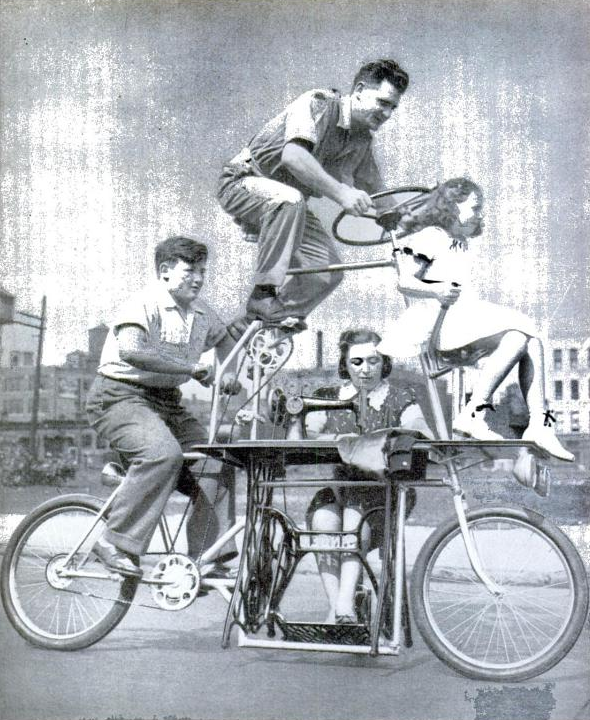