A story of a corpse, a Japanese legend, and misidentified displays 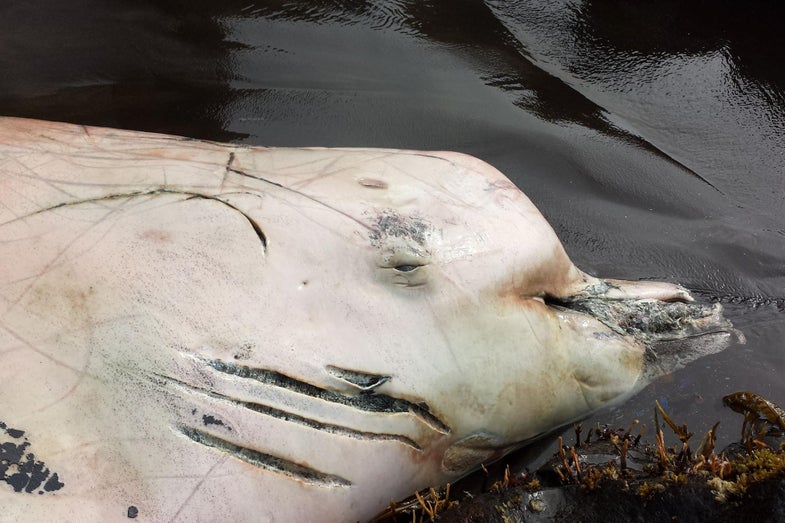 Since the 1940s, Japanese whalers have spoken of a rare whale variety, a smaller and darker version of the Baird’s beaked whale. They called the animal karasu, or raven, and said that you could only see them at the Namuro Strait between April and June.

While a group of Japanese scientists did some preliminary research into these stories of a legendary whale, a dead whale washed up on the beach of St. George Island, an Alaskan Island in the Bering Sea. The scientists that came across the corpse originally thought it was a Baird’s, but soon they started to realize that they couldn’t identify it, with its different dorsal fin and head shape, and darker coloration.

This morbid discovery was passed on to Phillip Morin of NOAA’s Southwest Fisheries Science Center in California. Already on the trail of the legendary karasu, Morin and his team added these samples to their collection to compare. With their samples, also including skeletons from the Smithsonian Institution, Los Angeles County Museum of Natural History and Unalaska High School in Alaska’s Aleutian Islands, the team has released a study in the journal Marine Mammal Science that sets up the path to naming a new species.

“It’s just so exciting to think that in 2016 we’re still discovering things in our world—even mammals that are more than 20 feet long,” Morin said to National Geographic. 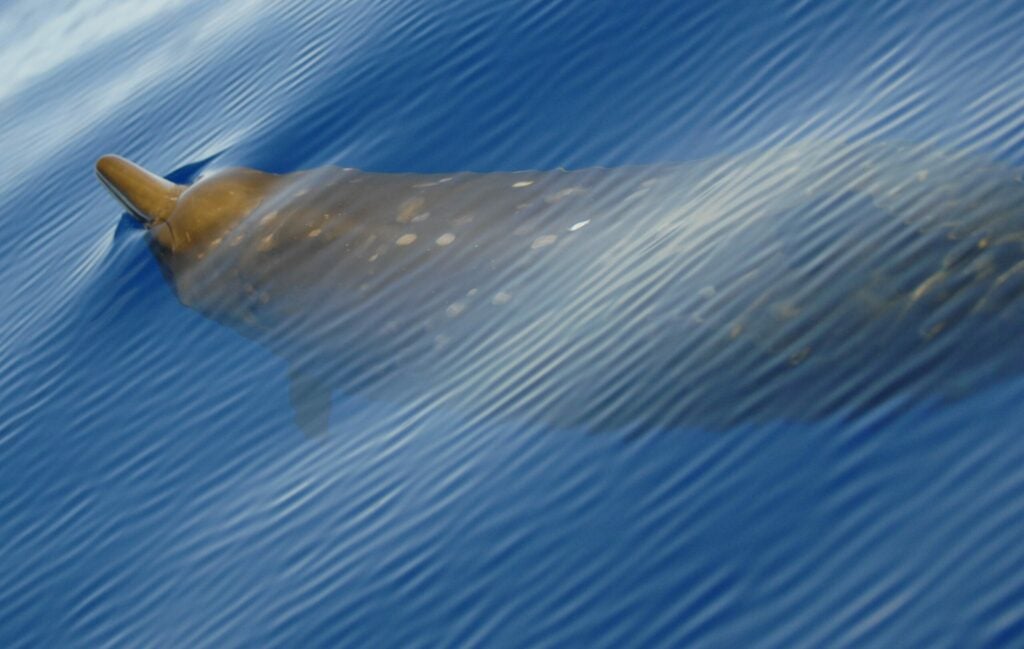 While there are only 22 species of beaked whales in the world, a possible new species, known in Japanese legend as “karasu,” or raven, would be the 23rd.

While the whales still need to gain official recognition and naming via a formal review, the DNA sampling from the various samples — Morin and company sampled 178 different specimens — has found what seems to be a separate species. Though the karasu whale seems to live in a similar range as the Baird’s beaked whale, its DNA is much closer to that of the Arnoux’s beaked whale, which only resides in the South Pacific.

Not much is known about this possible new species of whale. There is no scientific research about the karasu in the wild. Other than in legend, none have been observed alive. They may have many similarities to other beaked whales, and scars left on the St. George’s corpse, which look like shark bites, could suggest that the species migrates to tropical, shark-rich waters.

Erich Hoyt, a coauthor on the new study and research fellow with Whale and Dolphin Conservation in the United Kingdom, believes that this possible discovery points to a need for greater conservation efforts for marine mammals.

“The implication of a new species of beaked whale is that we need to reconsider management of both species, to be sure they’re sufficiently protected, considering how rare the new one appears to be,” Hoyt said in a press release. “Discovering a new species of whale in 2016 is exciting but it also reveals how little we know and how much more work we have to do to truly understand these species.”