When female finches fail to find mates, they dump their eggs and move on

Female zebra finches are picky in their mates, and have found a clever way to reproduce if they don't find someone. 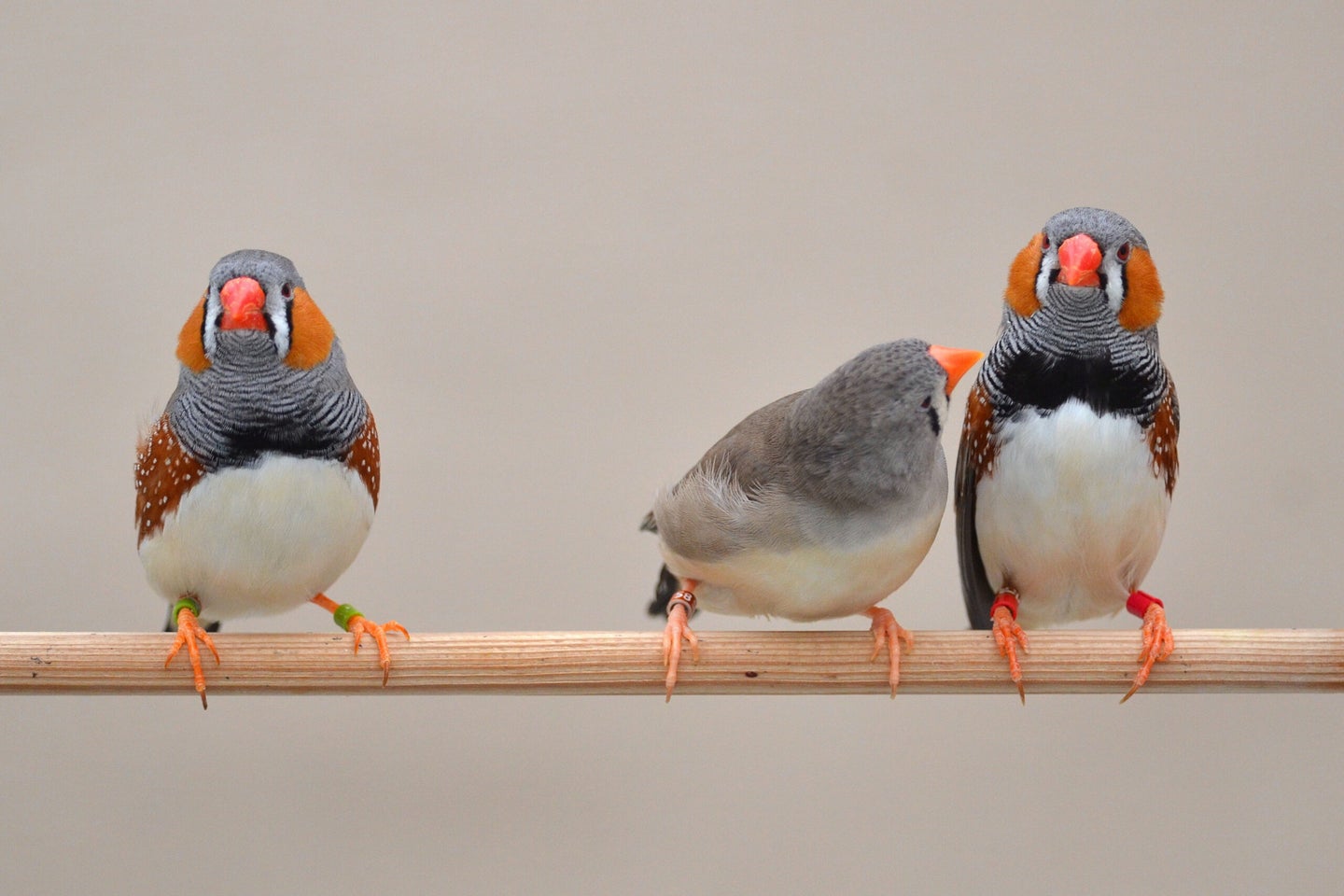 Nature documentaries ripe with images of bouncing birds with crazy plumage have led us to believe that animal preferences have a lot to do with natural selection. While true for many creatures, this is not really the case for monogamous zebra finches. One of the only proven preferences that female zebra finches have is for male birds that sing in the same dialect as them, meaning they have songs similar to those in the female finch’s home habitat. But in a setting where there are not that many male birds, researchers recently found that this pickiness has little effect on reproduction.

Researchers at the Max Planck Institute for Ornithology simulated scenarios where female finches did not have much choice in males to understand if being picky affected the number of offspring the female finches ended up having. It turns out, the female finches remained selective and got creative: The female birds who ended up without a mate still laid plenty of eggs, but instead of taking care of them, the finches dumped them in other nests.

“This is like a cuckoo strategy,” says Wolfgang Forstmeier, researcher in ornithology and lead author on the study published in PLOS Biology, “where females that don’t have a partner just lay eggs in the nests of other females and let their chicks be raised by them.”

The female finches have previously shown their preference for male birds with their dialect. The reasoning behind this is not entirely understood, but the songs that a bird has heard for several generations in its native environment is the one they seek out when choosing their life partner.

[Related: Many animals climate-control their homes. Global warming could mess with that.]

The dialects are in such ratios that some of the females have plenty of choice, and others have to compete for a few,” Forstmeier said. “That is supposed to mirror the situation where many females share the same preference for a very limited resource.”

Forstmeier expected that the female birds who had less choice in their male partners and their song dialect would have less offspring, but because of their clever egg dumping tactics, they did not lay less eggs than their counterparts in the more competitive setting and did not start laying eggs any later. Forstmeier explained that if this experiment were repeated multiple times, they could start to see a slight cost come from the choosiness of females, but not nearly as much as initially hypothesized.

“I did the experiment to demonstrate that there are costs, and then they turned out to be much smaller than I had expected,” Forstmeier says. “The birds are actually quite pragmatic, and quite successful in handling this difficult situation of having preferences that are hard to satisfy.”

While not every species can exactly dump their eggs into another creature’s nest, this experiment is an interesting look at how animals deal with environmental stresses in unexpected ways.

Correction, 11/5/2021: A previous version of this story incorrectly stated the ratio of females to males in one of the experiments in the new PLOS Biology study. The groups where not all females found a mate had eight females and four males, not four females and eight males.