Recent tremors in California have brought up some common misconceptions. 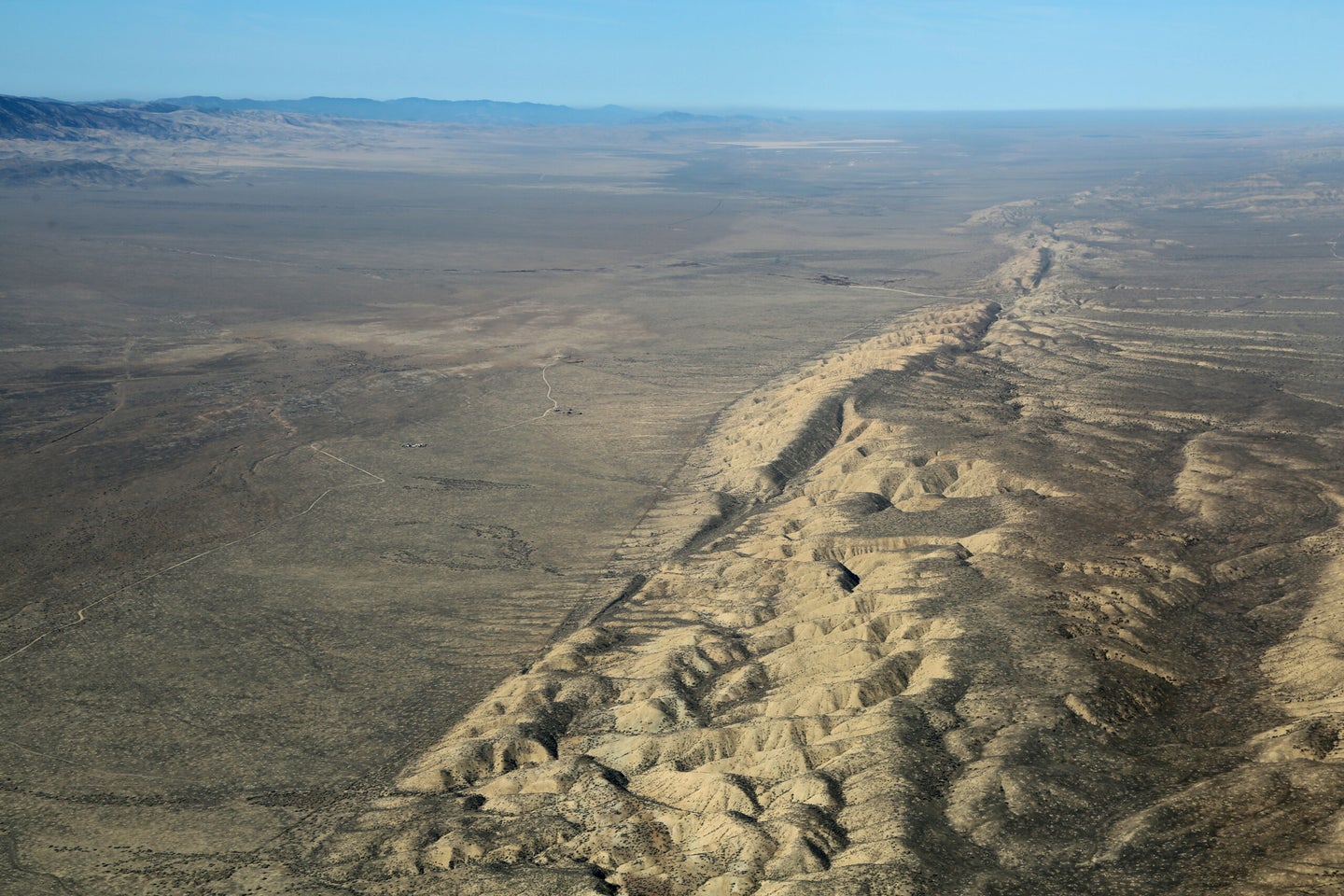 Back-to-back tremors shook up Southern California last week. A magnitude 6.4 quake struck Thursday morning, followed by a magnitude 7.1 event Friday night. Both occurred near the small city of Ridgecrest, located about 122 miles east-northeast of Los Angeles. While there are no reports of deaths or injuries, the U.S. Geological Survey says economic losses to the area are at least $1 billion.

The earthquakes have also raised questions among SoCal residents, some wondering if the tremors have somehow mitigated the ongoing threat posed by the precarious San Andreas Fault. The shaking also brought back many other old earthquake myths. Like many natural disasters, quakes are scary and out of our control. And since humans don’t like uncertainty, we sometimes we attempt to make sense of events like these with poorly interpreted geology. “People don’t like having their world come unglued,” says Susan Hough, a geophysicist at the USGS. “They’re looking to make sense of it.”

But the complex reality of earthquakes evades many of these beliefs. Here’s a few common myths and their corresponding realities.

Earthquakes do release stress within the earth—that’s why this idea feels so intuitive. Fundamentally, the planet’s plated crust is shifting to release energy originating in its hot core. As plates push against each other, they occasionally slip and slide to release pent up stress. Faults are cracks in the earth in which one side has moved relative to the other. Large faults like the San Andreas occur at plate boundaries, but smaller faults—like those that caused the recent earthquakes—often form outside this border.

The two earthquakes that rocked SoCal have no bearing on the activity of faults outside of that localized zone in the eastern part of the state. “No pressure was released from the San Andreas,” says Hough, referencing the infamous fault, which runs north-south through the state where the North American and Pacific plates meet. Many Californians live in fear of the ‘Big One,’ a catastrophic shaking that appears imminent based on the fault’s historic activity. But, Hough says that the Ridgecrest faults are too far away to relieve pressure from the San Andreas Fault.

USGS officials stated in a press release that in the week after July 6, there’s a 2 percent chance of at least one aftershock greater than magnitude 7.1. And indeed Ridgecrest has been rocked by many magnitude 5 aftershocks since the first quake, says Christine Goulet, executive director of the Southern California Earthquake Center, who was out studying the initial earthquake when the second, larger one hit.

While quakes relieve pressure along the bodies of faults, their ends haven’t moved, so now those parts are more stressed, says Hough. And then the actual shaking can rumble other faults in the area, triggering more quakes.

That’s why earthquake odds are now elevated in Southern California—and could remain so for years to come. “You can think of every earthquake as a parent that is potentially going to generate daughters,” says Hough.

Earthquakes occur during a certain time of year or part of the lunar cycle.

Hough says a common myth that she encounters is that earthquakes occur when it’s hot and dry. But there’s no evidence of that. Goulet says she hears it all the time, too, and adds that there’s no way surface temperatures can impact earthquakes, which are fueled by fault activity miles below the ground.

Nor does the moon play any substantial role. While the moon does bring us tides and can even exert some stress on the solid parts of the Earth, that force isn’t enough to bring on big quakes. Hough even investigated this very question in a study. She took all earthquakes magnitude 8 and over from the 1600s to today and ran an analysis to see if there were any meaningful patterns in what time of year they occurred or at which point in the lunar cycle. The abstract of the study, which is titled “Do Large (Magnitude ≥8) Global Earthquakes Occur on Preferred Days of the Calendar Year or Lunar Cycle?,” should win an award for academic brevity: “No.”

Our pets can predict earthquakes

Accounts of animals acting weird before earthquakes date back to ancient times. Today, some people describe their dogs barking or their cats taking shelter in the hours leading to a tremor.

“There’s a chance that there’s some germ of truth to that,” says Hough, because pets might be able to sense the first wave of an earthquake, called a P or compressional wave, which rolls through just before the obvious movement occurs. “Sometimes dogs and some animals will react to the first wave, the compression wave—they’ll feel it and we won’t,” says Goulet.

But this ability would only kick in in the seconds before an earthquake. Hough says that there’s no scientific evidence for pets having a built-in early warning system for earthquakes. She says that in one study, scientists tested this hypothesis by looking at shelter records to see if pets were more likely to run away before an earthquake. But that didn’t hold up, and there were actually more pet escapes after earthquakes than before.

It’s probably another case of us searching for order—a way to make sense of a shocking event. We might not normally notice or care if our dogs are acting antsy, but this observation takes on a new significance after an earthquake. “Maybe Fluffy ate something she shouldn’t have,” says Hough. “You can identify all sorts of things that you think are significant that aren’t.”

Wait, what? Hough says she’s not sure if this is real myth or a joke, but Goulet says people genuinely ask her that.

It seems this idea is based on the fact that the state is split between two tectonic plates. The central and southern coast of California lies on the Pacific Plate, while the rest of the state is part of the North American plate. But these plates are moving along the horizontal plane. Some plates do move away from each other, and other fault lines have one plate sliding beneath another, but the San Andreas fault isn’t like that. Los Angeles is scooting toward San Francisco at an average rate of about two inches a year. In 15 million years or so, the cities might meet, and who knows what that will do to NorCal/SoCal animosity if we’re still around then. But no one’s getting submerged as a result of an earthquake.

A building that was deemed earthquake-safe decades ago might not meet the best standards today. Although cities actively identify old buildings to retrofit, there are still a lot of out-of-date structures in cities like San Francisco. “The building code evolved over time as we gained knowledge,” says Goulet. And, being up to code is also based on probability—not exceeding a two percent chance of collapse in 50 years. Those are pretty good odds, but even if your home or office doesn’t crash like a stack of pancakes it’s not necessarily safe. “You may lose all the contents [of the building], or it might have to be torn down,” says Goulet. “There’s no such thing as earthquake-proof.”

There’s a lot we don’t know about earthquakes. Predicting them is impossible now, and may be for a long time. Seismologists can only—based on past events and statistics—offer forecasts that say what the odds are of a certain magnitude earthquake occurring within a given time frame.

One thing we do know is how to be prepared, something many people in earthquake-prone regions neglect. Goulet recommends the website earthquakecountry.org for tips on preparing an emergency kit and having a plan. Even basic steps like securing bookshelves and water heaters to walls or stocking up on disaster supplies could significantly impact your well-being after a big quake. And it’s always better to over-prepare than the alternative.