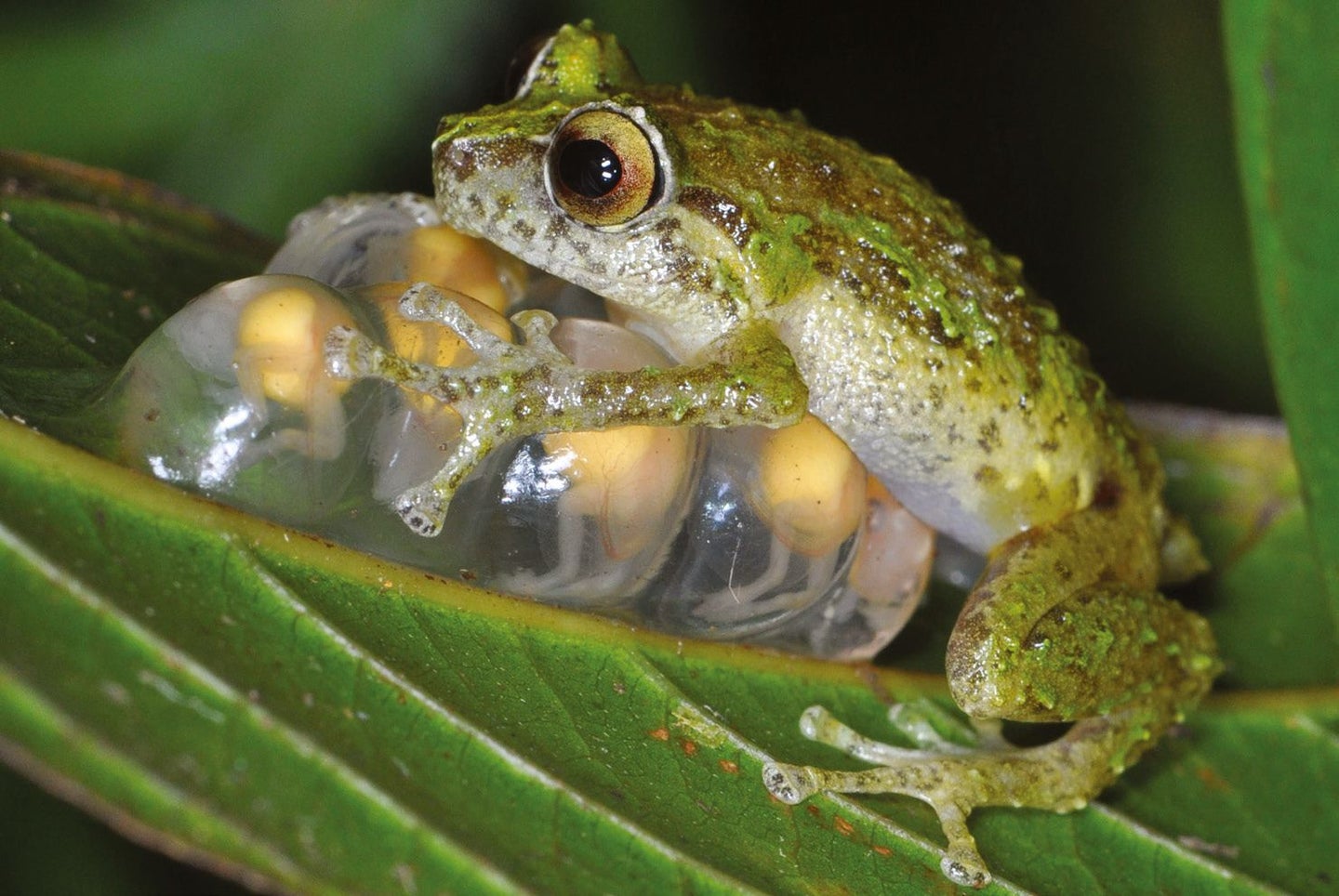 The world’s amphibians are fighting a deadly pandemic: the ancient chytrid fungus. It’s already killed off 90 species of frogs and caused population declines in over 500 others, and it’s a principal reason why over 40 percent of amphibian species are threatened with extinction. Scientists believe there’s one place where our web-footed friends can find a safe haven from the disease—but without proper protections, it won’t remain safe for long.

Chytrid fungus causes a condition called chytridiomycosis, in which the parasite infects the skin and causes it to thicken. This is bad news for frogs, who use their skin to drink water and absorb electrolytes. When their electrolyte levels go out of whack, their hearts stop.

A 2007 study called the fungus the worst infectious disease ever recorded among vertebrates in terms of the number of species impacted—more than infections found in birds or even mammals. It’s spread to every continent amphibians live on.

But one major island remains untouched by chytrid fungus: New Guinea, the world’s largest tropical island, just north of Australia and east of Indonesia. It’s a biodiversity haven, particularly of the amphibian variety. About 6 percent of all known frog species live there, along with many more that haven’t even been described yet. Its central highland forests provide the perfect habitat for amphibians, but they’re also a prime breeding ground for the fungus.

In a paper released Monday in Frontiers in Ecology and the Environment, a group of 30 researchers outlined the precarious situation—and what to do about it.

New Guinea’s highlands are often touted as some of the most remote places on the planet, relatively cut off from industry and mass tourism. But that’s changing, and researchers fear increased human presence in the area could bring along the deadly fungus. The paper mentions that, while New Guinea is currently chytrid free, nearby exotic pet trade networks—major spreaders of the disease—could introduce infected frogs to the island. And because many New Guinean frog species are similar to species already affected by the disease (particularly Australian amphibians, which experienced significant declines when the fungus arrived there), nearly 100 of them would be at risk if that happened.

The loss of frog populations in New Guinea will cause issues that extend beyond just amphibians, the authors emphasized. It could hinder nutrient flow and decomposition in ecosystems and leave insect populations unchecked. The paper says this would likely result in a loss of overall biodiversity in an area of the world well known for its wide variety of species. But the good news is that all this hasn’t happened yet.

“You don’t often spot a conservation disaster before it happens and get the chance to stop it,” says lead author Deborah Bower of the University of New England in Armidale, Australia, in a press release. “We know what needs to be done.”

The scientists laid out a detailed plan to protect New Guinea’s frogs. First, education, policy change, and behavioral adjustment (all particularly involving local communities) could help prevent the fungus from colonizing its shore. But making sure the plan works would require scientists establish a system for long-term monitoring of frog species on the island, which are so remote they remain poorly understood compared to many other regions of the globe. If the disease does take hold, and researchers identify it early, the study authors propose using innovative and environmentally conscious techniques to eradicate chytrid; methods include habitat manipulation or creating “exclosures”—enclosed spaces set up in the wild instead of in captivity.

Finally, the paper argues that conservationists should prepare for how populations will recover after the fungus arrives by preserving the genes of at-risk species and reintroducing bred captive frogs back into the wild. The authors added that involving and empowering indigenous communities on the island is crucial to preserving biodiversity.

Though enacting these measures would be more cost-effective than undergoing emergency conservation efforts after the disease hits, prevention will require significant funding and international cooperation as the island of New Guinea is split between Indonesia and Papua New Guinea. But it remains a rare opportunity to stop a crisis before it happens, and it could spare some of the most diverse and threatened amphibian species from devastation.

The message from scientists is clear: To save frogs, governments and international organizations will have to hop to it.