Biologists discovered two new species of shrew rat, no thanks to peanut butter

These two shrew-rats from the Philippines slurp earthworms and hop like tiny kangaroos. 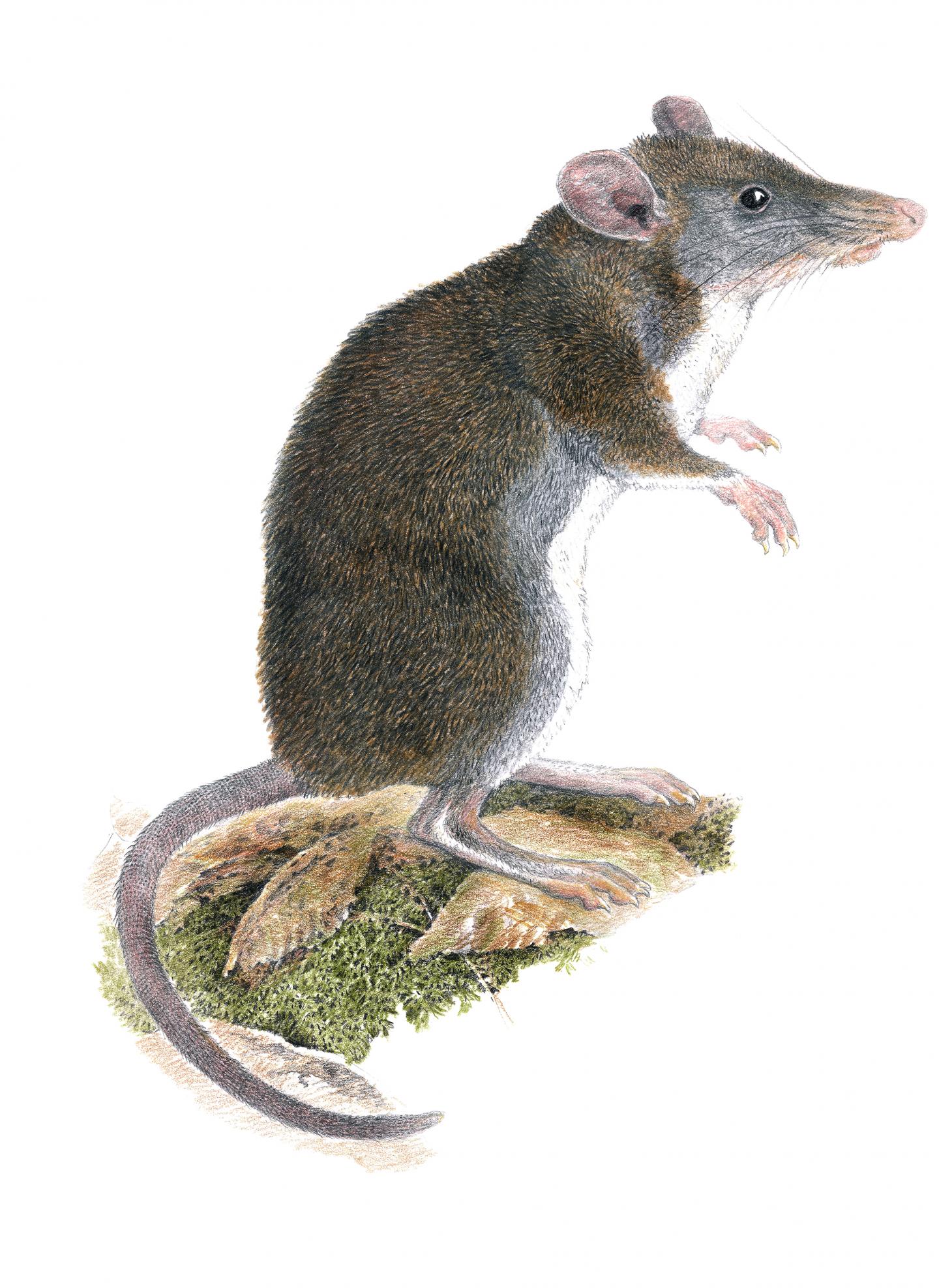 But, as a group of mammalogists learned through trial and error, that bait will not tempt the shrew-rats of Luzon Island.

“We weren’t catching any of them,” says Eric Rickart, vertebrate zoology curator at the Natural History Museum of Utah, of an expedition to Luzon, in the Philippines, to find shrew-rats in 1988. “We knew they were there, but we didn’t know how to trap them.”

That is, until, days before the expedition’s end, when Rickart and his colleagues accidentally trapped two Rhynchomys, also known as shrew- or tweezer-beaked hopping rats. The picky eaters turned up their long, thin rodent noses at the soft fruits, nuts, mushrooms, and insects that mammalogists offered them. But when a researcher gave an earthworm to a shrew-rat they’d accidentally captured, Rickart says, “it just slurped it down, like a noodle.”

That gastronomical breakthrough “has been responsible for the discovery of a lot of new species,” on later expeditions to the Philippines, says Larry Heaney, a curator of mammals at the Field Museum in Chicago. Among them is the discovery of two new species of tweezer-beaked hopping rats, Rhynchomys labo and Rhynchomys mingan, which Rickart and Heaney described for the first time Thursday in the Journal of Mammalogy and named for the mountains they were found on, Mount Labo and Mount Mingan.

The plushy shrew-rats are found only in the moist cloud forests of Luzon. They’re referred to as tweezer-beaked for their long snouts and miniscule teeth, which they use to pluck worms and other soft-bodied invertebrates from the ground. With their strong hind legs and relatively short fore-legs, Heaney says they don’t scurry like city rats—they bound like tiny kangaroos. Day and night, they form and patrol miniature trails along the moss-lined highlands they inhabit, clearing leaves and scouting for food.

“They hop along these little trails in the cloud forest, undoubtedly moving very quietly, trying to sneak up on worms,” Heaney says. “They have extremely rapid reflexes; when they detect a worm, they pounce.”

Thursday’s announcement brings the number of described shrew-rat species up to six, and comes 121 years after British zoologist Oldfield Thomas first named the genus in 1898. Rickart and Heaney have helped describe four of the six known species of shrew-rats.

Their work expanding the Rhynchomys species helps build a case for preserving the country’s natural habitats—which Rickart says benefits not only odd creatures like the tweezer-beaked hopping rats, but humans, too.

“‘Rat’ has a very bad connotation — people think of sewer rats, or at best, lab rats; it’s hard to get people interested in a serious way to protect these bizarre rats,” Rickart says. “But there’s much more to it than that. When we go and find unique animals in a place, it’s one more argument to protect an area.”

The Philippines hosts the greatest concentration of unique mammals per square mile in the world. More than 50 mammal species can be found only on Luzon—an island about the size of Kentucky—including a variety of cloud rats that spend their most of their lives in trees and other earthworm mice such as shrew-rats.

“In a place like the Philippines,” Rickart says, “when you encounter something that’s new to you, you know almost automatically that it’s new to science.”

Because Luzon is an island completely isolated from any main continent whose mountains provide a variety of climates across its many elevations, its zoological residents are distinct and odd animals who have adapted to survive to very specific conditions. In fact, each of the six shrew-rat species have evolved on geographically separate parts of the island.

Only about 6 percent of the islands’ original old growth tropical forests remain, making it one of the planet’s most extensively deforested places. Previously, those and other forests acted as a sponge to soak up rain during typhoons (between 10 and 20 feet of rain soak the Philippines’ high mountains every year) and slowly release that moisture over time.

But discoveries like these could help fight that deforestation. Mount Mingan, home of one of the new shrew-rats, is in the process of being designated as a nationally protected area, Heaney says, with Mount Labo under consideration for the same designation. “Having a new species described from there will be a contributing factor,” in that decision, Heaney says. “We’ve learned these discoveries actually carry quite a bit of weight with the government there.”