When growing their penises for the season, ducks bend to social pressure

Nothing to quack about. 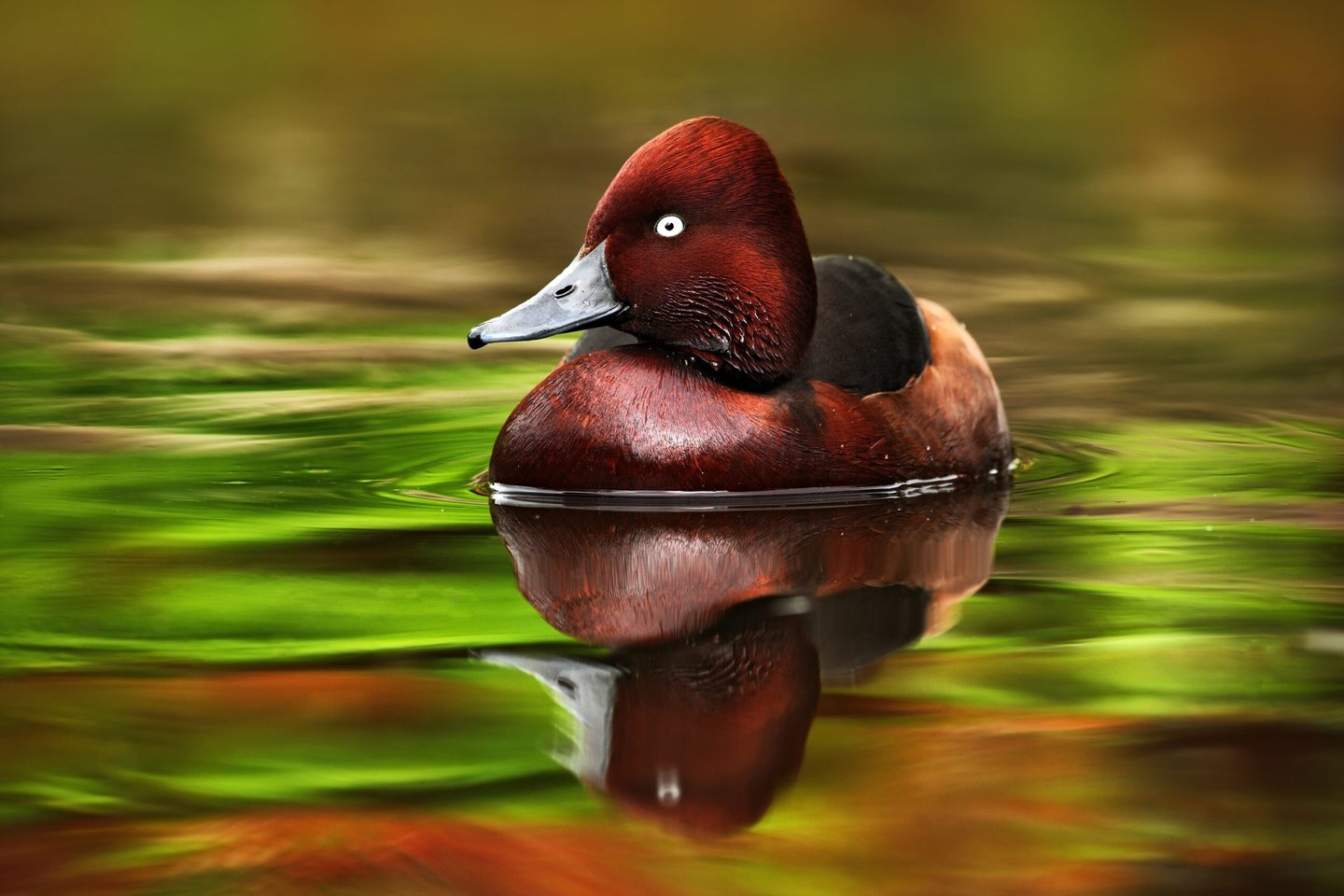 Only two known animals can adjust their penis size to meet environmental pressures: the sessile hermaphroditic acorn barnacle, and the duck.

Barnacles can stretch their long members through the crashing waves to engage in a salty tryst. And not to be outdone, male ducks can grow their penises to different lengths depending on how many female ducks are around, according to a new study in The Auk: Ornithological Advances.

Ducks are famous in animal behavior circles for their uncomfortable mating practices. Patricia Brennan, an evolutionary biologist at Mount Holyoke College, studies the strange evolutionary contest between the duck vagina—which is often convoluted and rigged with deceptive pouches—and the duck penis, which is sometimes covered with small hooks like a pale spiral cactus. Over the course of many generations, female ducks have developed increasingly twisty vaginas to help keep the sperm of all but the most formidable mates at bay; males, in response, have evolved ever-more-horrific lengths, bends and barbs to fight their way inside.

But while many are aware of the corkscrew-shaped monstrosities sported by our semi-aquatic friends, you might be surprised to learn that this unwieldy genitalia isn’t always present. Similarly to antlers (and, luckily, unlike human genitals), duck penises grow seasonally. In her latest study, Brennan did more than just observe this bizarre phenomenon: she tried to figure out what it’s all about.

Brennan hypothesized that male competition drives the drakes’ penis changes. To test this theory she gathered two different breeds, the lesser scaup and the ruddy duck. She put two groups—five females and eight males from each species—into pens to replicate the social pressures of an unequal sex ratio. To check the consequences of a lack of competition, Brennan created two other groups, with a male and a female pair from each species.

Ruddy ducks came into play for a few reasons. They’re mean; the paper says they’re the “most combative of waterfowl.” They’re quite promiscuous, too. And they also have the small distinction of possessing some of the largest penises in the avian world. Lesser scaup ducks, in comparison, stick with a mate for the season (though they also mess around a little on the side). The species has a short penis—one and a half to three inches—with smooth ridges, which stands in sharp contrast to the ruddy duck’s 8-inch-plus organ, which is covered in spines. In other words, they’re birds of a different, um, feather.

The results of the experiment surprised even Brennan. The ruddy duck drakes that were left alone with females simply grew their penises to full magnitude. But those penned in with other males developed a social hierarchy, and that pecking order (quacking order?) seemed to dictate how long their penises grew. The most dominant male grew his penis to a normal length (for a ruddy duck, anyway) first, and kept it up all mating season. The rest of the ducks took turns having fully-grown penises, only boasting them for four to six weeks at a time.

Lesser scaups also seemed to react to competition, but they didn’t form the same sort of social hierarchy. The drakes that outnumbered the females all became much better endowed than their paired peers. And they all remained sexually active for the same amount of time. That actually makes sense, when you think about it: the lesser scaup starts out having a small, (relatively) benign penis, so increased competition drives males to grow as big as possible. The ruddy duck, already possessing a penis large enough to haunt human nightmares, has to do something extra to stay competitive in a male-heavy mating market.

The researchers drew blood samples from each of their study subjects, and plan to study the hormones involved in penis growth. Brennan hopes that learning about the way ducks develop penises might help scientists figure out how humans could grow them. There are wider environmental motivations for this research, as well. “It is important to see how these animals that might seem insignificant, like a barnacle or mosquito fish or a duck, are able to maintain their population sizes in the face of environmental changes,” says J. Matthew Hoch, a marine biologist at Nova Southeastern University who researches barnacle penises.

Brennan and her team don’t know the energetic costs of growing a penis every year—birds evolved from animals that had penises, but many present-day species lack them completely—but the advantages in reproduction are obvious. Each egg a female duck lays could be sired by a different father, and the closer a male duck can get his sperm to the ovaries, the more offspring he is likely to have. Though often called upon to justify her research, Brennan is not yet tired of learning about duck nether regions. “Genitalia are the most direct mechanical interaction between males and females,” she says. “There’s no other place where males and females come together to influence evolutionary change.”

Correction: A previous version of this post stated that Brennan was affiliated with University of Massachusetts at Amherst. The article has been corrected to reflect her actual institution, Mount Holyoke College.