These animals will self-amputate arms, legs, and even sex organs to survive

And for other weird reasons, too. 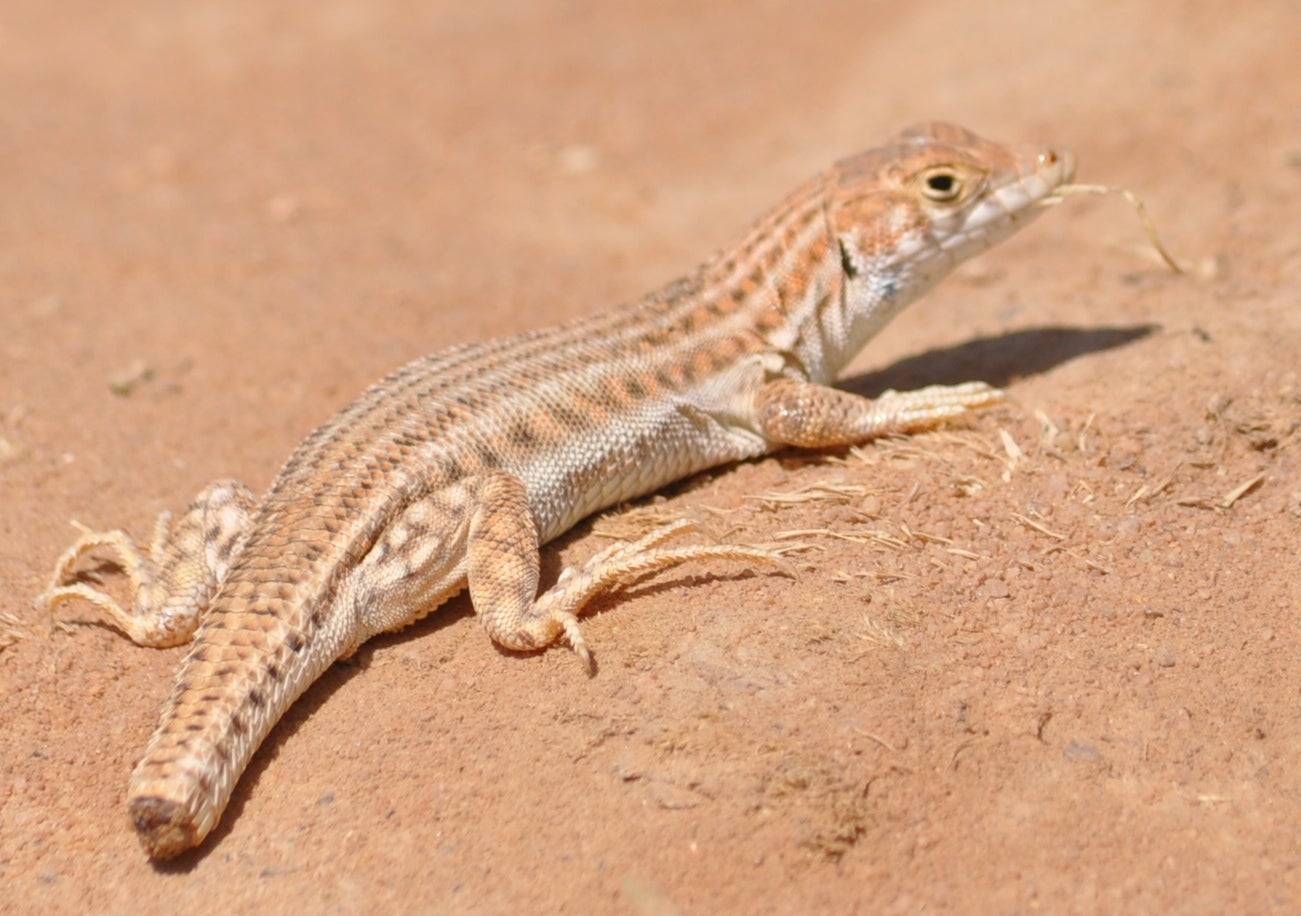 To escape a vicious attack from a predatory bird, this crab snips off its injured claw to make a quick getaway.

Only a few humans have ever opted for self-amputation in order to escape from danger, but some animals do it all the time.

You probably already know that lizards can shed their tails. You may also have seen the viral video of a crayfish snipping off its own arm to escape being boiled alive. More than 200 animals have the unique ability to autotomize (the scientific term for self-amputation), but it’s not always to get out of hot water.

Autotomy is an extreme behavior, but Zachary Emberts, a behavioral ecologist and Ph.D. student at the University of Florida, says it can make the difference between life and death. Unlike humans, who could easily bleed to death if they lost a limb in the wild, for some animals sacrificing an appendage can actually be less damaging than trying to recover from an injury.

“There’s very little blood loss and it reduces the chance of infection,” Emberts says. “These injuries also heal quickly. Within 24 to 48 hours, the organism’s immune system returns to its baseline.”

Self-amputation is primarily used to escape predators, but can deployed in other sticky situations—like if an insect’s leg is caught in tree sap, or if a spider gets stuck while shedding its skin. If you’re having flashbacks to the movie Saw, don’t worry, it’s not quite that grotesque. Although it’s hard to say whether animals who perform their own surgeries feel pain, Emberts says the action is extremely quick—it only takes seconds for animals to autotomize.

For creatures like squid or lizards that don’t have pincers handy to do a surgical snip, Emberts says they can remove appendages using more creative forces. Squid will somersault or jerk sharply in the opposite direction to break free from a limb that’s caught in a predator’s jaws or simply too tangled to get loose. Other animals have an Achilles’ heel, or maybe more appropriately, an iguanas’ tail. If these lizards suffer injury to their long luggage, the muscles in it naturally pull apart, causing it to fall off.

This squid sacrifices a tentacle to escape a fiercesome predator—a bottlebrush.

Suddenly lopping off a limb seems severe, but many animals have the benefit of growing lost appendages back, like salamanders (which can also regrow their eyes and hearts), octopuses, and crabs. When under attack, inky-eyed African spiny mice—the only mammals known to autotomize—“release” their skin, which starts growing back shortly after it’s shed. Scientists have suggested the mechanism may be related to a human’s ability to regenerate skin after an injury, but unlike these spiky gerbils, we certainly can’t shed our skin on command.

For those who can’t regenerate body parts, like the beaked Hemiptera insects known as “true bugs” Emberts studies, autotomy means saying goodbye to an extremity forever. And for some, like the Ananteris species of scorpion in South America, it can be deadly. These scorpions can drop their tails to escape a moment of danger, but this in itself is a death sentence. For lizards who can’t regenerate their tails this wouldn’t be a problem, but then again, their butts aren’t in their tails. The lower half of a scorpion’s digestive tract is in its tail, so if they lose it, they’ll never poop again. The buildup of feces will inevitably lead to its death. A quick death may seem optimal over a long, plugged up parting, but tailless scorpions have up to eight months to live, giving them plenty of time to still reproduce.

It’s a tragic tale, but it’s not all bad. Even after it’s amputated, the limb will live on—for a few seconds, at least. When a scorpion loses a tail, it thrashes about to distract a predator, or perhaps to get one last sting in. Emberts says the same can be seen when a salamander drops its tail or a daddy long legs spider loses a leg—the appendages will continue to flop or crawl around, entertaining predators while the amputee makes a quick getaway.

A lizard’s tail boogies on even after losing its body.

But autotomy is also used for a process quite the opposite of escape—procreation. Starfish, for example, reproduce asexually by dropping an arm that eventually evolves into another starfish. The red sea slug, Chromodoris reticulata, actually releases its penis after sex (don’t worry, it has two backup penises). It’s not certain why they do this, but scientists who’ve studied the phenomenon guess the penises are kind of like disposable needles—one time use only.

In some species of spider (for the brave souls curious what these spiders look like, here’s a terrifying video for you), males will break off their spidery version of a penis, while still inside the female. This forms what’s called a copulatory plug, which seals in sperm and also prevents other spindly suitors from accessing the female. Leaving your organs in a lady is a little rude, so some spiders will perform other self-amputations to prove they’re worthy.

“Some male spiders will autotomize their limbs and give them as nuptial gifts to females,” Emberts says. “The female will then feed on the autotomized limb. By doing this, the female is more receptive to the male’s sexual advances.”

Having sexy legs really has a whole other meaning now, doesn’t it?