Welcome to the neighborhood, fire ants! Sure is hot out today! 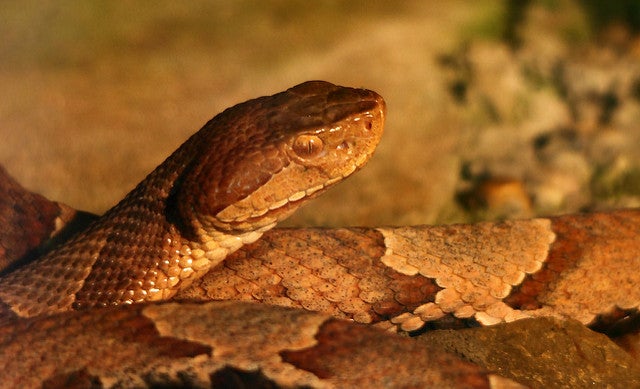 For most animals, climate change is seriously bad news. By 2050, it will be the fastest growing threat to biodiversity in the Americas, and by 2100 it could have wiped out more than half of African bird and mammal species. From sea turtles to polar bears to pikas, many of our most charismatic species are in jeopardy.

But certain less cuddly animals may fare better—and will cope with rising temperatures by moving to new latitudes. “There’s always winners and losers, and it seems that some of the organisms that are doing well and may do well into the future are [the] venomous species,” says Isabelle Neylan, a graduate student in marine ecology at the University of California, Davis.

Many venomous animals that live on land will migrate north or south in coming decades, away from tropical areas and into places that are more densely inhabited by people, Neylan and her colleagues recently reported in the journal Wilderness & Environmental Medicine. The team pored over predictions other researchers have created in recent years for all manner of toxic creatures and predict that, on the whole, they will cross our paths more frequently in future. What’s more, many of these species are already on the move.

“It looks like for a lot of species in the U.S. it’s a range expansion, so we’re going to see them in places we’re not expecting them or they haven’t been found in the past,” Neylan says. Still, she says, there’s no need to panic. “There’s not going to be an explosion of [venomous] spiders or anything crazy like that.” And there are steps we can take to prepare for their arrival.

Here’s what we have to look forward to as venomous wildlife heads for new territory.

Eventually, climate change will likely cause such profound disruptions that even venomous species will decline, says Timothy Erickson, a medical toxicologist at Brigham and Women’s Hospital in Boston and another author of the new study. But in the near term, he says, “Some of the arthropods, spiders, and snakes benefit from a little warming.”

Venomous animals tend to be cold-blooded; their wellbeing is dictated by the temperature of their surroundings. So when their preferred conditions shift north or south, these animals will follow. “A lot of the venomous creatures don’t necessarily increase their population per se, they’re just changing their geographic location,” Erickson says.

So it will be for snakes. One of the forecasts Erickson and his colleagues examined found that venomous snakes will push farther into the northern United States and Canada and southward in Argentina and even Chile by 2050. This will put an additional 5.5 to 6.7 million people at risk for snakebites. Extreme weather events—which will become more intense thanks to climate change—may also lead to an increase in bites, says Carlos Yañez Arenas, a conservation biologist at the National Autonomous University of Mexico based in Mérida, who led the snake migration study.

In the United States, copperheads could be especially troublesome. “They encroach more on human residential areas,” Erickson says, “whereas other snakes would really back off.” Fortunately, their venom is not particularly potent. Other venomous species, including rattlesnakes, will likely migrate northward as well.

Fire ants, currently found in much of the South and California, will also continue to march farther north. According to one prediction, their suitable habitat in the United States will grow by 21 percent by the end of the century. Meanwhile, Africanized bees—which have been known to chase people a quarter of a mile or more—will penetrate deeper into the central United States and California. Brown recluse spiders are also shifting farther north and will take advantage of central heating to survive the harsh winters indoors. Human encounters in areas such as the Midwest are already on the rise, Erickson says. “We’re definitely seeing more necrotizing spider bites from brown recluses.”

He and his team have also begun to gather predictions about how water-loving creatures around the world like lionfish and jellyfish will be impacted by climate change. In Australia, box jellyfish are appearing earlier in the season and sticking around longer and in more southerly beaches. In future, their numbers will likely grow and cause more shutdowns of beaches and resorts, Erickson says. Other jellyfish are booming in the waters around Italy. The crown-of-thorns starfish, which is bristling with venomous spines, will likely also swell its ranks.

The sea snake population may not increase, but these marine reptiles are likely to move to new areas. Yellow-bellied sea snakes occasionally wash up on the shores of California and may do so more in future, while sea kraits are heading for South Korea.

Lionfish, which have been invading the Caribbean and Florida for decades, will also colonize new waters. They’ve been spotted as far north as New York, but the winters are too cold to allow them to thrive year-round. “Even though there’s the potential for them to expand their range at least seasonally, they’re kind of cut off,” Neylan says. “It may be controlled a little bit naturally.”

Not everyone will adapt well to climate change. “In certain regions of the world the suitable environmental conditions for many venomous species will be reduced or disappear completely,” Yañez Arenas said in an email.

Marine animals will also have to cope with ocean acidification. Many jellyfish may in fact be hardy enough to handle warming and more acidic waters. “As coral reefs blanch, they’re actually going to do quite well,” Erickson says. But these upheavals could harm other venomous animals or their food supply.

Certain poisonous animals—which secrete toxins instead of injecting them—are in for a struggle, too. Like other amphibians, poison dart frogs are already under threat from habitat loss, deadly fungi, and changing weather patterns. Even a little warming could lead to drier conditions that the frogs won’t be able to tolerate. “Once you start messing with the moisture content they really lose out because their skin is so permeable and dries so quickly,” Erickson says.

Despite the bounty of predictions about snakes, bugs, and sea critters, there were a few surprising omissions. Erickson and his colleagues could find little research about what climate change will mean for stingrays, blue-ringed octopus, black widow spiders, and scorpions. Erickson suspects that scorpions at least will expand their populations, though. “They are survivors,” he says.

Yañez Arenas and his colleagues are currently working on projections for where scorpions may travel in Mexico. “We will identify rural communities that currently have no risk of scorpionism but could become vulnerable in the future,” he says.

Even if climate change makes an area more appealing for venomous animals, it doesn’t guarantee that they will move in. Some animals, like snakes, may invade more slowly because they tend not to travel far from where they were born. Others may be thwarted by obstacles like mountains and cities.

“If there’s a big city in the way and all the forest has been paved over for parking lots, that might not be a hospitable environment for them,” Neylan says. On the other hand, “They may be able to make their way there and encounter humans more than they would in the middle of nowhere.”

So it’s hard to say exactly when or where venomous animals will show up. When they do arrive in a new area, though, some of us might be caught unaware. People may not know to steer clear of fire ant mounds, or not to approach lionfish they spot while swimming, because they’re used to more benign native species. “More people are encountering those and not knowing that you shouldn’t touch the spines, whereas if you grew up knowing this fish you would leave it alone,” Erickson says.

Going forward, healthcare providers will need to know how to treat bites and stings caused by invasive venomous animals. Finding ways to make antivenoms cheaper will also be key, Erickson says. Scientists are working on antivenoms that have a longer shelf life or can combat venom from a number of species rather than just one.

The good news is that venomous animals don’t usually go after people, Erickson says. With a little preparation, we should be able to coexist with our venomous new neighbors.

“It’s important to think about having the proper antivenom in the right place and training people to be prepared for encountering species they are not used to,” Neylan says. “Just being aware and paying attention to the environment around you is going to be more and more important.”