Russian cuckoos are taking over Alaska

Thanks to climate change, these crybaby parasites are heading to North America. 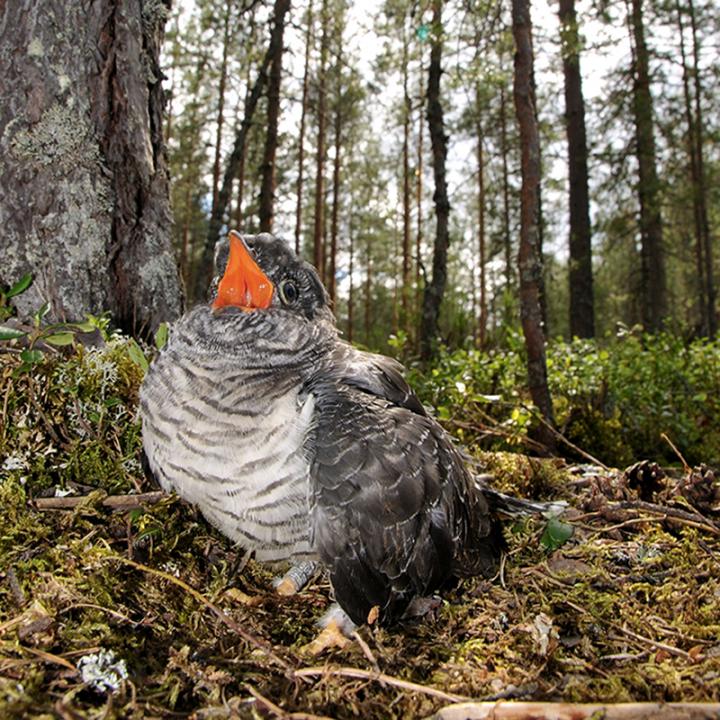 When cuckoos come to town, it invariably spells trouble for resident songbirds. In the cuckoo’s historic range, native species have gotten smart to the cuckoo’s ways and cope with this potential incursion by hiding their nests—and tossing out cuckoo eggs before they have time to hatch. But new research shows that both common and oriental cuckoos may be moving into Alaska, which is a grim prospect for resident warblers, buntings, and wagtails.

“It looks like cuckoos are ready to invade North America,” says University of Illinois ornithologist Mark Hauber, the study’s corresponding author. In the past decade, Hauber says, there has been an increase in cuckoo sightings in both Siberia and Alaska, something likely related to climate change. This poses a huge issue for birds in Alaska, Hauber says, as they tend to be fairly specialized and defenseless against cuckoos’ strategies.

Both the common and oriental cuckoos are “brood parasites,” which means they lay eggs in the nests of other birds and rely on those unwitting foster parents to care for their young. The cuckoo babies usually hatch first, then proceed to murder rightful nestlings and chuck eggs out of the nest. Birds that haven’t evolved to detect cuckoos will take care of their solo youngster, devoting all of their time and attention to it. The end result: no new nestlings from the host parents. If this happens in enough nests, it can seriously impact the survival of a given species. And it would be especially worrisome in Alaska, where many of the native birds are rare and specialized.

To conduct their study, Hauber and his multi-university team of colleagues placed more than 100 3-D printed cuckoo eggs in the nests of birds in Siberia and in Alaska. In Siberia, although the sites were all outside the usual cuckoo nesting range, 14 of the 22 eggs were rejected, suggesting in the words of the study that “Siberian birds had strong anti-parasite responses.” In Alaska, however, only one among the 96 eggs planted was rejected, by a Red-throated pipit. The other test subjects accepted their eggs, not seeming to mind that it differed from their own in color and size.

If those had been real cuckoo eggs, the parents would likely have squandered their breeding season taking care of a demanding chick, rather than breeding again—even if the first nest included a cuckoo that did not survive. It was surprising to see “no rejection whatsoever from Alaskan birds,” Hauber says.

Because the cuckoos pose a threat to native species, more study is needed to figure out how they are moving during breeding season and which species they are targeting, says Hauber. He’d like to see researchers fit some cuckoos with radio trackers and begin this work.

“While an invasion may spell trouble for Alaskan songbirds, the evolutionary implications are intriguing,” says Mary Caswell Stoddard of Princeton University, who was not involved in study. “Will cuckoos evolve better egg mimicry to deceive these new hosts? Will hosts begin to evolve defenses, like mobbing cuckoos or developing more recognizable patterns on their own eggs? A cuckoo invasion into Alaska would open up tons of new questions and research possibilities.”