Many animals climate-control their homes. Global warming could mess with that.

Nests and dens are often designed to stay at a reasonable temperature. 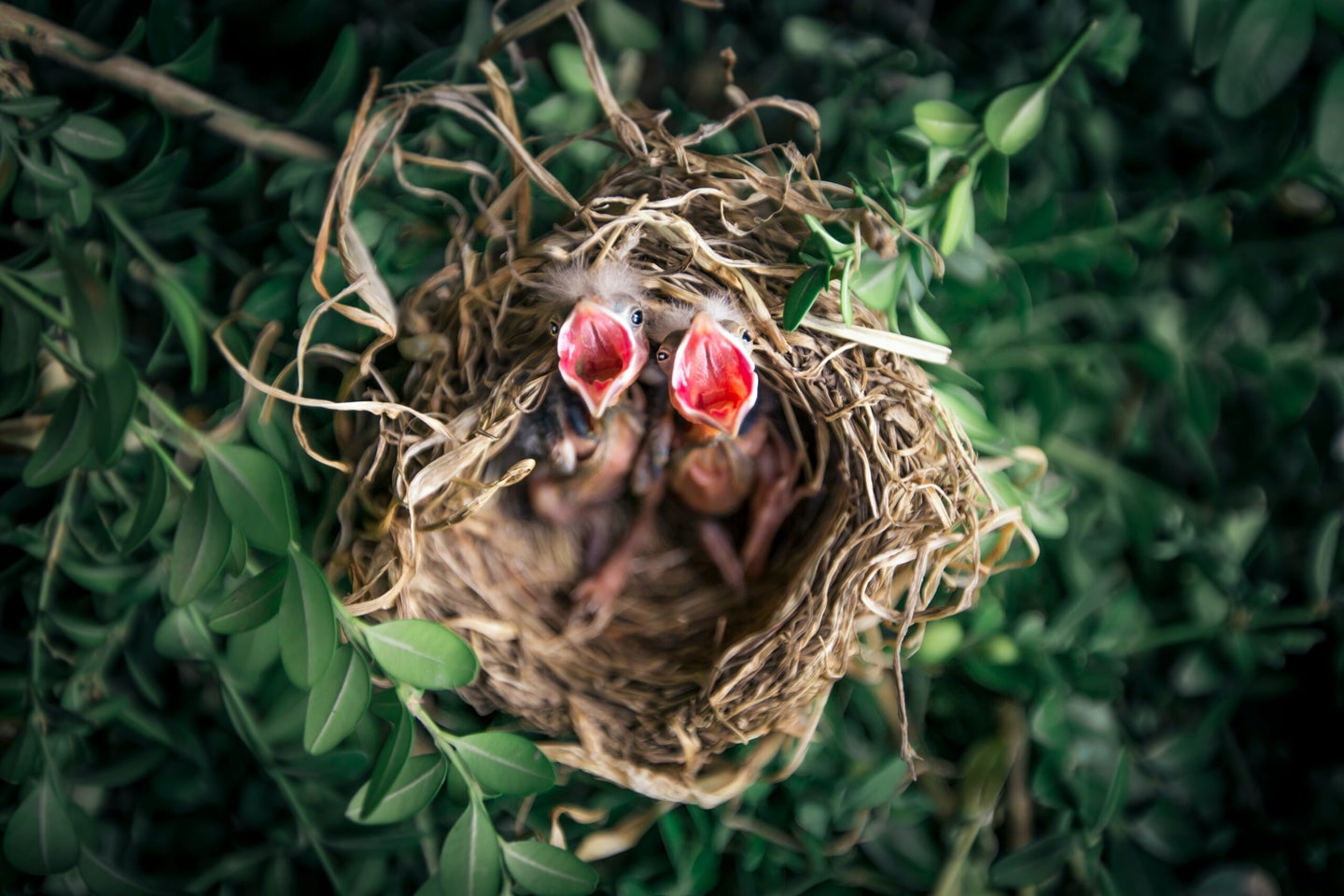 Termites famously build ventilation into their mounds, which allow them to keep cool air flowing deep underground even on scorching days in central Africa. But they’re far from the only animals to engineer their own temperature-controlled homes. Birds’ nests help them stay warm. Mammals burrow deep into the ground to escape the heat; so do some types of tortoise. Even leaf miners, a tiny insect you might find chewing paths across your spinach leaves, create microclimates for themselves in the interior of crops.

“We’re really familiar with these things,” says Michael Dillon, an ecologist at the University of Wyoming who studies how insects respond to temperature. “Ask anybody about birds, and you’ll hear: ‘they build nests.’” As obvious as that might seem, there’s very little research on how temperature influences the way an animal engineers their dwellings—and in turn, what climate change might mean for those homes.

“We tend to think about climate as something that’s external to the animal, something that impinges on the animal,” he says. “I think it’s harder for us to change our brains and realize that, no, they all modify the climate they experience. The interaction between the animal and its local climate is really exciting and interesting, and potentially understudied.”

And, of course, humans have always done the same. In the American South, that meant transom windows that allowed a breeze to run through a house. In the Southwest, thick adobe walls insulated against desert heat and cold. Even the courtyards and atriums of Mediterranean buildings act as passive fans. As recent research on urban heat islands and deadly heat waves have shown, we’re just as reliant on—and vulnerable to—the microclimates we build.

That blank spot in our understanding of animal engineering is the subject of a recent opinion piece from Dillon and a team of collaborators, published in the journal Trends in Ecology & Evolution.

There are a few better-studied examples of thermal engineering: zebra finches, which live across most of Australia, build thicker, insulating nests in cold climates, and thin-walled nests in the heat. One of the few experiments that actually tested the plasticity of nest construction was done in alfalfa leafcutting bees, a solitary species that pollinates alfalfa plants.

For less adaptable animals, those homes could become a liability. Some cold-weather species, including birds like the yellow warbler, build their homes specifically to keep themselves warm. “If you built a structure to keep you and your young warm,” Dillon explains, “and then the climate becomes warmer and you have no ability to modify that structure, you’re essentially trapping yourself in a hot spot rather than escaping the heat.”

Or take honeybees. The sheer size of a beehive allows its inhabitants to smooth out daily and seasonal temperature variation. But if the average temperature starts rising, that advantageous property might instead make it hard to cool, much like a dense stone wall holds onto heat long after the sun goes down.

“If the climate around you shifts, and you breach the boundaries of what that structure can do for you, the problem is that you’ve invested everything in that structure,.” Dillon says. “So to pick up and move is not a trivial exercise. And it’s not even clear in many cases, whether they have the plasticity to do that–to take apart the structure and move somewhere else.”

The issue is that researchers really don’t know how flexible most species’ engineering will be in the face of climate change. The recent paper catalogues 13 of the best known examples of animals controlling their habitat temperatures, but notes that, in five of those cases, there’s no information on how that behavior changes in response to the environment.

At the same time, it’s not always clear exactly how the animal is engineering its environment, even if it’s clear that it’s happening. The silky webs that tent caterpillars spin in tree branches insulate them from the sun, and the chemistry of the silk varies depending on the amount of sunlight. But it’s not clear if the caterpillars are intentionally laying a different kind of silk, or if the material itself interacts with the environment.

Even in the case of zebra finches, there are surprises. The finch is only adaptable in its first year of breeding. If it’s a cold year, it’ll build thicker-walled nests for the rest of its life, even if the next year is hotter.

It could be that answering these questions will allow conservation biologists to hone in on species that are vulnerable in their nests, while easing up on those that are more flexible. Or there could be bigger surprises in store: Dillon points to the example of the Saharan ant, which survives temperatures as high as 130 degrees Fahrenheit. When researchers tried to understand how it did so, they found that it was covered in tiny structures that actually radiated heat off its body, like built-in AC units.

“There’s all these really cool outcomes that we have from things as simple as, how does an ant go out in these temperatures? How do caterpillars construct these tents out of silk?” Dillon says. “You study these small things, and you find things that you would never have anticipated finding.”