We’re running out of helium

This lab is trying to stop it. 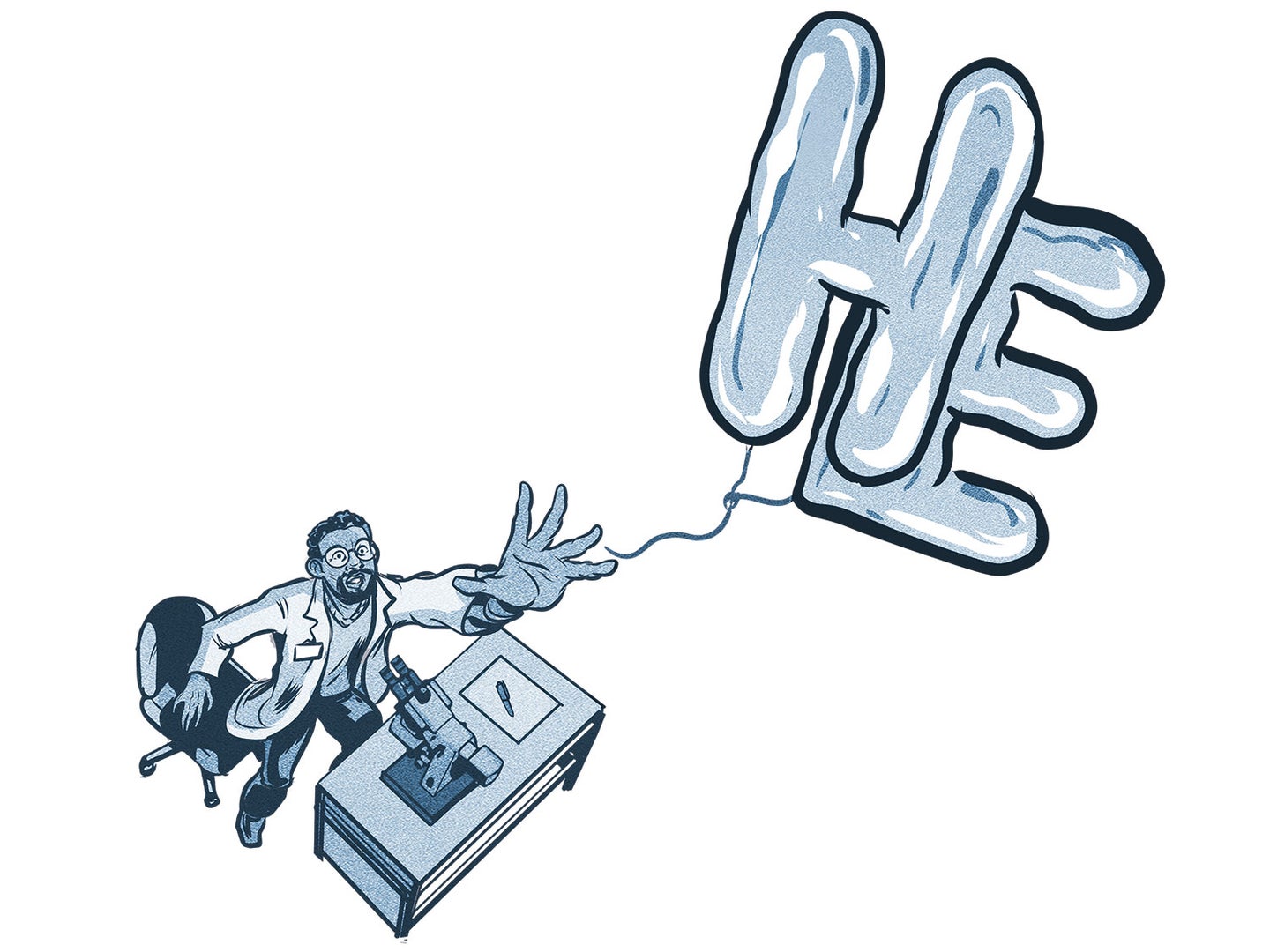 Christopher Rithner is senior research scientist at Colorado State University. Here’s his tale from the field, as told to Claire Maldarelli.

Helium is a little bit sexy, you know? If you ­immerse some solid objects into a vat of the element, the submersible becomes superconductive—electricity flows indefinitely without generating heat. That’s why helium is great for more than just making balloons float. Its energizing abilities make it ideal for everything from space travel, where it forces fuel into rocket engines, to MRI machines, where it cools the imaging magnets. But ­helium is also terribly uncooperative.

The gas doesn’t combine with any other compound, and Earth’s force of gravity isn’t strong enough to hold it down. Once it enters the atmosphere, it’s gone forever. The only reason we haven’t already run out is that over millions of years, other elements such as uranium decayed and formed helium, which got trapped inside surrounding minerals. But most of those reservoirs are located in areas such as Qatar, which are hard to mine for political and economic reasons.

There’s no known substitute for helium, so we must be very good stewards of this rare and powerful element. That’s why my lab—which uses the stuff to create a superconductive environment for powerful magnets—reuses it. We store liquid helium in oversize thermos bottles, like the ones you would use for coffee. But over time, just like a hot beverage making steam, some of the liquid escapes. So we attach a big balloon to the thermos and add a compressor that sucks out the gas, pressurizes it, and stores it. Then we purify the gas and condense it back into a liquid for future use—recycling more than 80 percent in total. Hopefully, as the technology becomes more accessible, more scientists will recycle their helium too.

As told to Claire Maldarelli