This Spider Weaves A Web Of Charged Silk Spider silk is legendarily strong and light. So much so, that researchers are incorporating (or, at least, attempting to incorporate) variations of the material into everything from garments to electronics. Now, it turns out that in addition to being as light as a feather and as strong as kevlar, some spider silk is statically charged, just like a cat’s fur after being rubbed with a party balloon.

Researchers from Oxford University recently published a study in Biological Letters showing how one type of spider manages to spin silk that is imbued with static electricity. The spider, Uloborus plumipes, better known as the garden center spider, spins incredibly fine nano-filaments of silk that carry a small electric charge. The spider shoots the silk out of tiny spigots on a unique organ called the cribellum; you can see what they look like in the picture below. A false color image from a scanning electron microscope of part of the cribellum, where the silk comes from

Once the spider shoots the thread out of its body, it combines the silk from the different spigots (like twisting threads together to form a rope) and charges it by rubbing it swiftly over tiny combs on its back legs. “This combing and hackling–violently pulling the thread–charges the fibers and the electrostatic interaction of this combination spinning process leads to regularly spaced, wool-like ‘puffs’ covering the capture threads,” author Fritz Vollrath said in a press release. 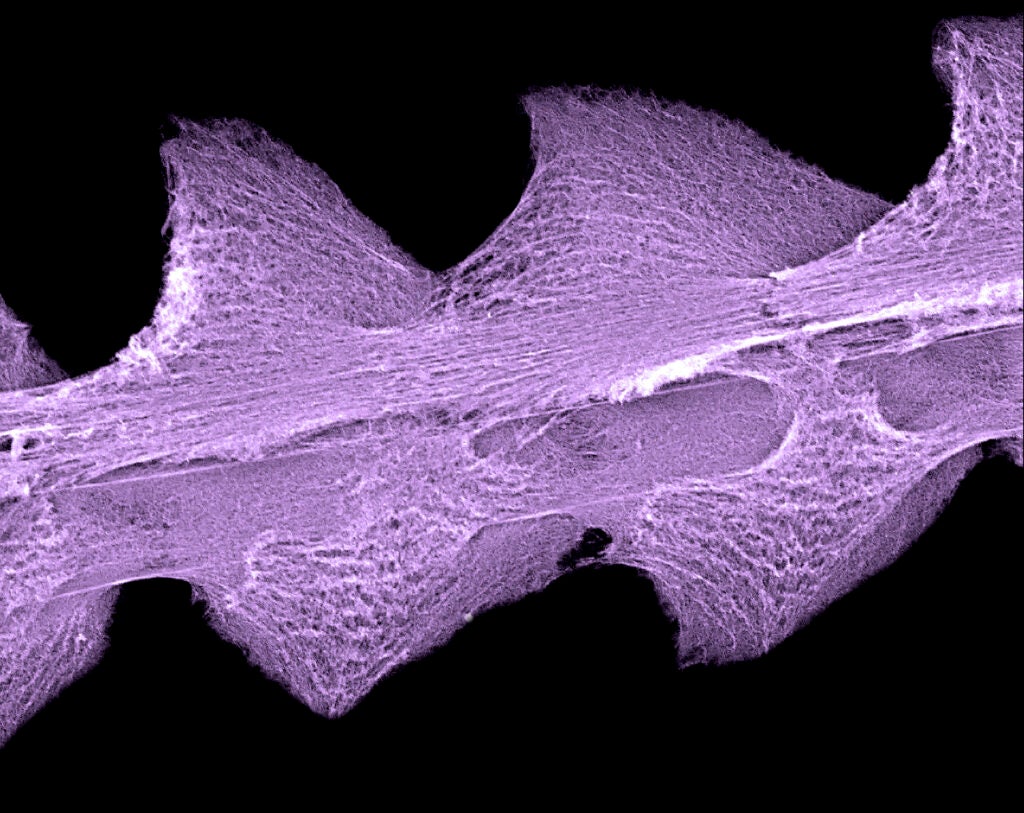 The resulting ‘puffs’ are incredibly sticky, making it easy for the spider to capture prey. Researchers hope this spider silk could be a boon to researchers working on ways to create tiny, strong threads in other fields. “Studying this spider is giving us valuable insights into how it creates nano-scale filaments,” Vollrath said. “If we could reproduce its neat trick of electro-spinning nano-fibers we could pave the way for a highly versatile and efficient new kind of polymer processing technology.”