Vintage PopSci: NYC Tornadoes Were Nothing Compared To These “Supernatural” Storms Of ’35 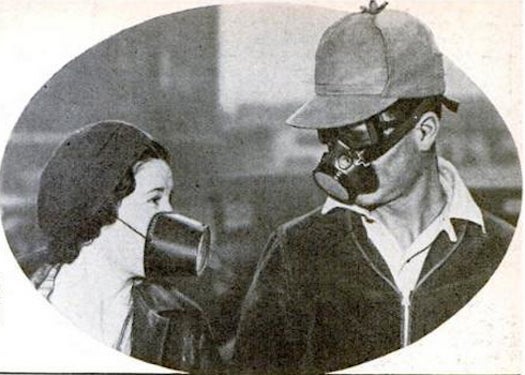 “A whirling vortex that can snatch up a horse and buggy”: July 1935

This weekend’s tornadoes in New York City were mere gentle breezes compared with the monster twisters that terrorized the American prairie during the Great Depression.

Here’s the full text of “Strange Pranks of the Wind”:

“Black blizzards of dust recently swept across the Middle West. From the Rockies to the Mississippi, from upper Kansas to the Texas Panhandle, the scourge left its trail. In rolling clouds and suffocating billows, it blotted out the sun, paralyzed traffic, and buried fertile fields under a drifting blanket of dust.

When scattered showers cut through the haze, cowboys were driving herds from dust-choked ranges, farmers were digging out wagons and tractors, and statisticians were calculating that, in wide areas, crops would be cut to drought-time proportions. 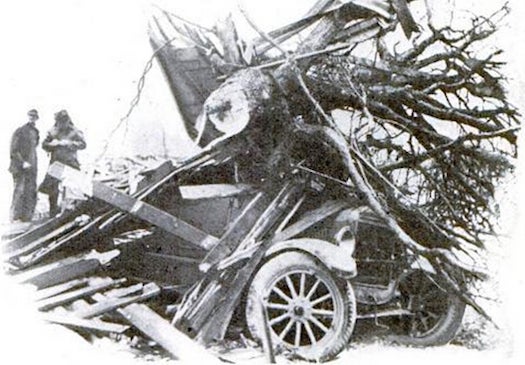 In Kansas, alone, approximately 70,000,000 tons of dirt rode the winds from the western half of the state to eastern counties. Ninety-six miles of trucks, each hauling fifteen tons a day, it is estimated, would have to work for a solid year to return the soil transported by the breeze in less than a week. Dust damage in one Kansas town of 1,500 inhabitants was put at $10,800 or $7.20 for each person in the community.

A million-dollar Government war chest and 200,000 tractors, mobilized in Kansas, represent the initial move the fight the menace of wind-borne dust. In many areas, the fields will be ‘listed,’ or furrowed, every ten feet to form barricades and hold the drifting particles in check. 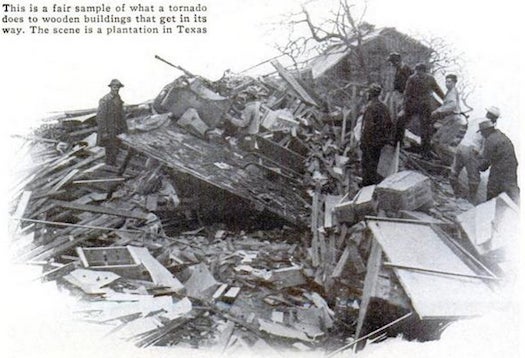 The remains of a Texas plantation: 1935

Recent droughts and the plowing up of western grass lands during the war-time wheat boom, are largely responsible for present dust storms. In line with the Government program of replanting these grass areas, the U.S. Department of Agriculture last year introduced from abroad nearly 1,800 varieties of plants and grasses valuable for checking soil erosion.

When the dust blizzards were at their height, strange things occurred. Static electricity, generated by the flying particles, charged barbed wire fences, stalled automobiles, and made men’s and women’s hair stand on end.”

Read the full story in our July 1935 issue: Strange Pranks of the Wind.