As Hurricanes Approach, the Robotic Storm Chasers of the Future Are Ready

Better hurricane predictions require better data--data that only lives at the center of the storm. NOAA is building the robots that will report back from the very eye of the hurricane 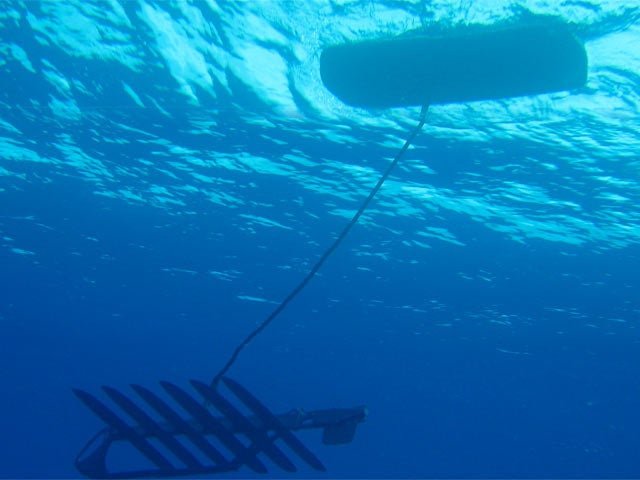 Tropical Storm Isaac is a strange storm. As it steams toward New Orleans today–it’s projected to make landfall tomorrow, seven years to the day after Katrina came ashore–it still lacks the kind of coherent organization typical of similar tropical storms. At least, that’s what a couple of leading researchers at the National Oceanic and Atmospheric Administration are telling PopSci today. But in its strangeness Isaac isn’t really a strange case at all. It’s tough to tell what these kinds of weather systems are going to do next, and that’s a major problem for forecasters attempting to advise those in the storm’s (projected) path. That’s why NOAA is sending in the robots.

Meteorologists tasked with forecasting the path and intensity of a given storm can only work with the data that they have, and right now there is a huge gap in that data. Authorities like NOAA gather storm data from a few different sources–from aircraft circling the weather system from tens of thousands of feet, from stationary weather buoys scattered throughout the Gulf of Mexico, from Earth-orbiting satellites–giving scientists a great view of the area around the storm. But there is virtually no data streaming to shore from inside the storm itself. The space between a growing hurricane and the ocean surface is no place to hang around. It’s also where the most important data is.

As the 2012 hurricane season reaches full tilt, researchers at NOAA are hard at work hacking two different maritime robots that the agency hopes will become critical storm forecasting tools of the future. The first, Liquid Robotics’ Wave Glider, is envisioned as a persistent surveillance platform, an army of mobile monitoring stations that will remain at sea for the duration of a hurricane season, waiting to swarm into the path of a developing storm. The second–Hydronalix’s Emergency Integrated Life Saving Lanyard, or EMILY (a 2010 PopSci Best of What’s New award winner)–will be capable of tracking the storm itself for days at a time, streaming continuous data directly from the center of the storm to researchers ashore.

“We’re going to be able to look at a storm like Isaac as it leaves Key West and goes across the Gulf and know what it’s going to do.”These robotic platforms will offer meteorologists their first continuous data stream from inside the eye of the storm, as well as a full characterization of surface conditions in front of, inside of, and behind a weather system as it develops. Working in tandem with research aircraft in the sky–which are also increasingly robotic–and high resolution weather models running on supercomputers ashore, this new breed of maritime storm chasers will generate a far more complete picture of storms in vivo, a picture that up until this point has been blurry, to say the least.

“Currently there are only two or three ways to get this kind of data,” Dr. Alan Leonardi, deputy director of NOAA’s Atlantic Oceanographic and Meteorological Laboratory, says. “First, you can have a storm serendipitously traverse over a buoy that happens to already be in the water, and that doesn’t happen as frequently as some might believe. Another would be to position a ship out there to collect this data, but that creates a dangerous situation for any crew that might be aboard the ship, so we’re not going to do that. The third–and we have done this–is to deploy instruments from aircraft in front of a storm that can collect data as the storm passes. We then go back in a ship and pick up those buoys–if they survive and don’t end up sinking.”

These new robots are a means of taking the serendipity out of the science, Leonardi says. Thanks to better atmospheric data collected by both manned aircraft and unmanned aerial drones, predictions of a storm’s path have grown more accurate in recent years because. But a storm’s course is largely influenced by upper level winds and conditions around the hurricane rather than inside it. Intensity can really only be measured from within–ideally from the eye of the storm itself–and even then it can change rapidly. It’s tough to know exactly what a storm’s intensity is at a given moment in time, yet it’s what dictates whether a city is evacuated or not. It’s less important to know whether a storm is going to make landfall 50 miles east or west of New Orleans, and far more important to know whether it will be a Category One or a Category Three.

“We know we have to get better at prediction of rapid intensity change,” says Dr. Alexander MacDonald, deputy assistant administrator of NOAA’s research labs and director of the agency’s Earth Systems Research Lab. “The question today is ‘How fast is Isaac going to intensify?’ We actually saw a situation like this with Hurricane Charlie in 2004 along the western coast of Florida. It went from a Category 2 to a Category 4 in less than a day. So the idea is to be able to observe these intensity changes as they happen, to get new pressure readings every half hour. Because if you can’t observe something you can’t predict it.”

The most data-rich part of a storm, where intensity is concerned, is the sea-air interface, the region extending both above and below the water’s surface a few dozen feet. And at no place is the air-sea interface more relevant than in the eye of the storm. Hurricanes feed on heat from the ocean water below, and it’s at the air-sea interface where this heat is transferred upward. Keeping taps on ocean and air temperatures here, as well as the pressure building in the eyewalls, is key to understanding the storm’s present and future intensity.

NOAA’s two robotic platforms are being developed independently of one another, yet their roles dovetail neatly. The Liquid Robotics Wave Glider platform is designed as a kind of storm monitoring sentry–like a weather buoy, but one that researchers can move at will. Wave Gliders harvest their propulsive energy from ocean waves themselves and power their onboard electronics with solar energy. This means they are not very fast–too slow to actually chase a storm in most cases–but they can remain at sea for months on end, waiting and watching.

Packed with both air and water temperature sensors (reaching underwater as far as 23 feet), instruments logging barometric pressure, humidity, wind direction and gusts, wave height and frequency, and a range of GPS navigation and communications equipment, NOAA hopes to deploy a swarm of Wave Gliders in the Atlantic (“many tens of them,” Leonardi says) that will loiter in a widespread formation across hundreds of miles. Like players running a zone defense in football, these robots will swarm into a developing storm’s path, gathering data at each place one intercepts the gathering storm system–not just data from inside the storm itself, but also data from in front of and behind the storm. This additional data will not only help researchers build better models, but will tell meteorologists just how much heat the storm is swallowing up as it goes.

The NOAA’s modified EMILY will then do what the Wave Gliders cannot–track the eye of the storm itself. The re-engineered EMILY packs both a battery and a gasoline-powered engine and the largest fuel tank NOAA could pack onboard while still leaving room for an instrument package very similar to that aboard the Wave Gliders (air and water temperature sensors, barometric pressure indicators, wind speed sensors, camera, etc.). With an operational life of ten days, EMILY can be dropped into the water ahead of a storm, navigate its way into the very center, and remain there, tracking the storm as it moves while streaming data all along the way.

Particularly of interest to EMILY is the pressure at the eyewall–the ring of powerful thunderheads that encircle the eye of the storm. The eyewall in larger storms moves in cycles, MacDonald says, and those cycles are strong predictors of whether the hurricane is strengthening or weakening. Yet computer models are unable to account for this phenomena–known as eyewall replacement–because they don’t have the data to identify it. NOAA is working on better models all the time, but without the data the models are lost.

“We believe that these eyewall changes are associated with varying pressure,” he says. “And if we can see it on the observations and get it into our models, that’s the Holy Grail. Then we’re going to be able to look at a storm like Isaac as it leaves Key West
and goes across the Gulf and know what it’s going to do.”

The same is true of the air-sea interface, Leonardi says. We know that momentum is being transferred from the ocean to the storm, but we previously haven’t been able to observe how that transfer happens, to monitor it in progress and plug those observations into the predictive models. “We’re looking for new, novel, and safer ways to get these observations from the platforms,” he says. And the observations are already rolling in.

NOAA’s EMILY is still under development, not quite finished making the transformation from robot lifeguard to daredevil robotic meteorologist. But the agency already has one Wave Glider in the water north of Puerto Rico as a test-bed for the dozens NOAA hopes will follow. Isaac tracked south of Puerto Rico and missed the prototype, but the robot did manage to capture data from some intense weather along the outer bands of the system–the first of what NOAA hopes will be a new wealth of hurricane data produced by its robotic fleet.

That data will be the driving force behind a new generation of computer models that will boost NOAA’s predictive accuracy by 50 percent over the next few years That’s not an arbitrary number; there’s a project at NOAA titled the Hurricane Prediction Improvement Program that is geared specifically toward that goal, and researchers there are serious about it. Better hurricane prediction translates directly to lowered economic losses, better mitigation of property damage, and–as it goes without saying on the eve of Katrina’s anniversary–lives saved. The data will drive the models and the models will help us better manage our response to violent storms. And as MacDonald notes, “The higher the resolution of the model, the better we’re going to do.”