But will that actually help protect it? 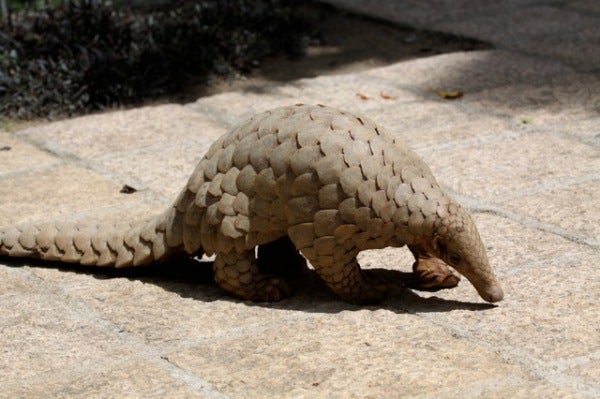 The first three items on the list may be sad or frightening, but this one is downright adorable. The pangolin, one of the most endangered animals in the world, was recently given expanded protection under the Convention on International Trade in Endangered Species of Wild Fauna and Flora. So if you're more into cute costumes than scary ones, cut out some cardboard scales, build a tail out of a stocking, and get a ridiculous manicure to mimic the pangolin's artichoke/dragon look. Wikimedia user Dushy Ranetunge
SHARE

The pangolin may look like a giant artichoke (or tiny dragon) that’s humbly asking you for a favor, but its cuteness and strangeness belie its perilous situation: The pangolin is one of the most heavily trafficked mammals in the world. But international cooperation may change that, as all eight species of pangolins have been uplifted to Appendix I of the Convention on International Trade in Endangered Species of Wild Fauna and Flora–CITES for short. 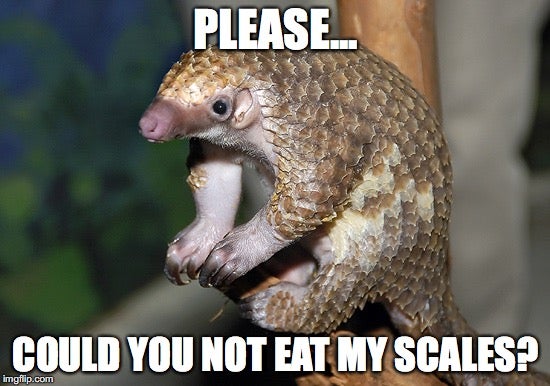 The pangolin has just been added to the list of the world’s most protected animals. Wildlife conservationists hope this will stem the market for its scales, which are used for unproven remedies.

The pangolin had previously been listed under Appendix II, which allowed for limited trade. But with booming demand for the animals’ scales, which have long been used in Chinese medicine, the illegal trade has continued to thrive. Poachers exploited this Appendix II loophole, struggling to keep up with increasing demand that drove the price of scales up 250 percent over the last five years, according to the Natural Resources Defense Council.

But today, at the 17th meeting of the Conference of the Parties in Johannesburg, South Africa, all four Asian pangolin species were protected before lunch, Mary Dixon, senior vice president of communications for the Wildlife Conservation Society, tells Popular Science. Then, after lunch, the convention reconvened to move all four African species up as well. “Global leaders were electrified,” says Dixon. 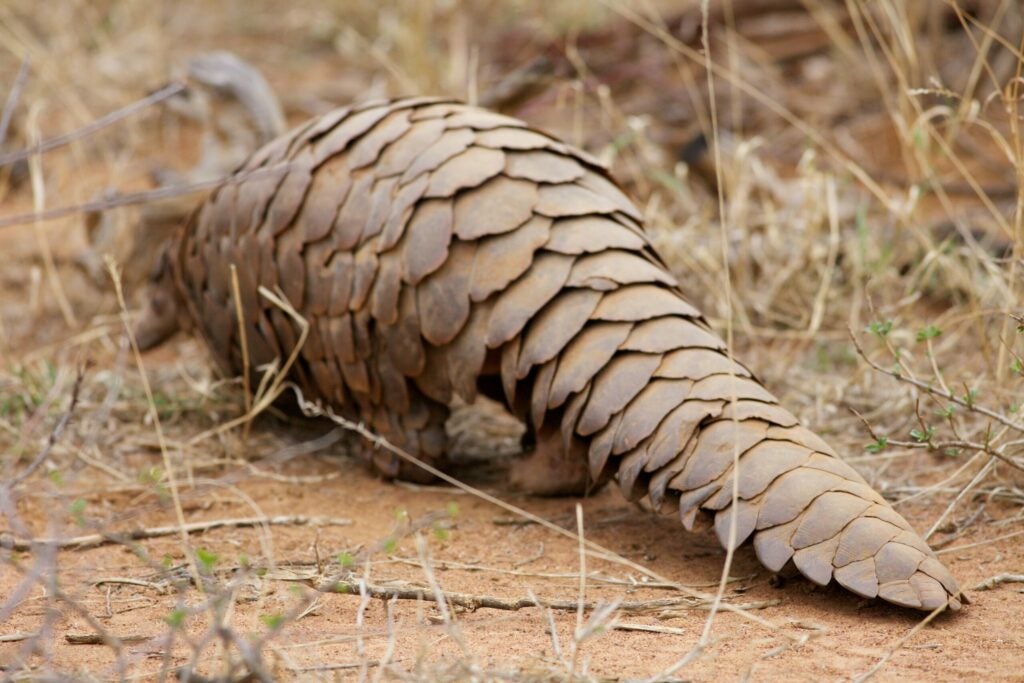 Nope, that’s not a pine cone

This ground pangolin, an African species, shows off the pangolin’s trademark armored scales. These scales, used in some traditional medicines, are part of what has created such high demand for the illegal pangolin trade.

Madhu Rao, senior advisor to the Wildlife Conservation Society of Asia, is pleased, too. “There is a huge coalition of NGOs and governments,” she said. “There’s a large momentum of support.” She adds that the United States Fish and Wildlife Service co-sponsored all the proposals at the conference, helping the measures pass.

And while this is a positive move for the endangered animal, greater legal protection does not necessarily put a stop to poaching. Just look to the continued trade in elephant tusks and rhinoceros horns. But Rao says this status change is just a first step that will empower and educate law enforcement officials to take action to stop the illegal trade. “What needs to happen is a strengthening of national laws for protection of these species,” she says. The pangolin’s uplifting to Appendix I will allow this to happen.

So even though illegal trade may still continue after this status change, Rao points out that poachers will no longer be able to exploit the Appendix II loopholes that allowed them to slip by. “With Appendix I, there can be no legal trade,” she says. “All trade is prohibited.”