As we repair our crumbling roads and transit systems, we have to keep climate change in mind. 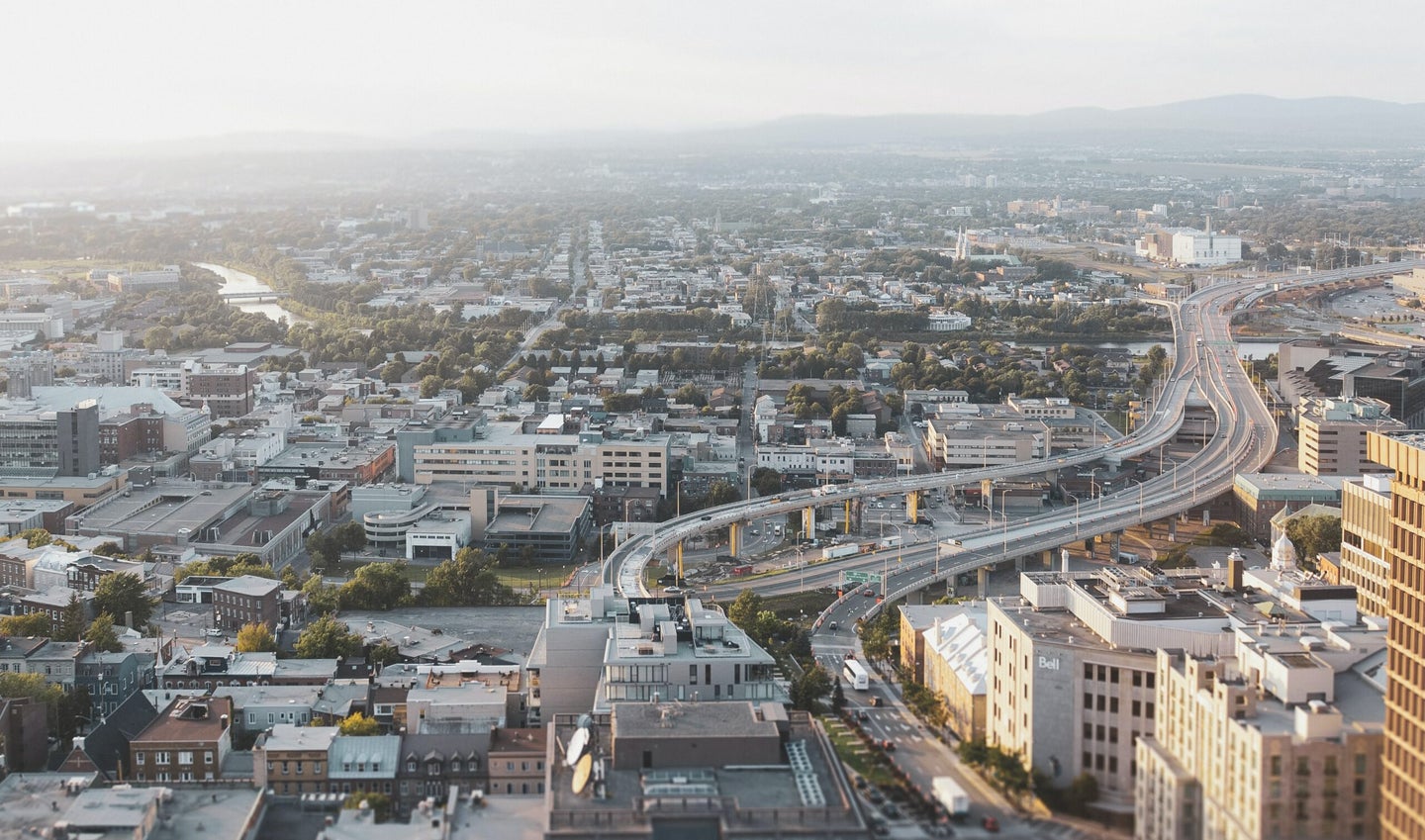 American infrastructure is crumbling, but we have to be smart about how we build it back. Sigmund/Unsplash
SHARE

All around the country, the weather extremes brought by climate change are threatening the built environment. In the late June heat wave that hit the Pacific Northwest, roadways buckled and electrical cables melted from the searing temperatures. At the same time, Detroit experienced its second “100-year flood event” since 2014. Through heat waves, drought, floods, and fires, the warming climate is threatening the literal structures that underpin our modern life.

As these extreme events grow increasingly common, our infrastructure—which, climate change notwithstanding, suffers from a serious maintenance backlog—is going to need a reboot. Meanwhile, the American Jobs Plan, a major infrastructure package proposed by President Biden with numerous climate provisions, is becoming fragmented in Congress. But without climate-focused investments in infrastructure, we risk locking in more carbon emissions while simultaneously reducing our ability to endure climate impacts.

The initial proposal for the American Jobs Plan included around $2 trillion in investments in job creation and infrastructure. Climate change is centered throughout, and 40 percent of the money is directed toward disadvantaged communities. There’s funding to reduce emissions from buildings and make them more resilient to storms and heat waves. There are provisions for a “Civilian Climate Corps” comprising union jobs in conservation and environmental justice. Public transportation and rail are priorities. There’s also the promise of a clean electricity standard that brings the country to carbon-free power by 2035.

But this progressive package faces difficulty in the Senate, where Democrats hold a very slim majority and legislation can easily be blocked with a filibuster. Recently Biden and a bipartisan group of senators settled on a smaller compromise infrastructure deal that’s more tightly focused on road and bridge repair, removing lead pipes from water systems, and improving rural broadband internet access.

But that narrow focus, if not followed by legislation that includes the rest of the package, may be insufficient to buffer infrastructure from climate extremes and steer the country toward clean energy. Many of the crucial provisions from the original proposal are not present in the compromise, including the clean electricity standard.

Climate change will continue to bring more frequent and more extreme extremes, and that will affect basically every facet of infrastructure. Many of the physical systems that we rely on are built to withstand the storms and temperature surges of the past. Heatwaves that historically struck once in a century are becoming more frequent, and households will need to ramp up their energy use to stay cool. “My family just got an air conditioning unit for the first time in 20 years,” says Vivek Shandas, an urban planning professor at Portland State University focused on climate impacts in cities. “If I’m any indication of what might be happening in the coming years, I suspect we’re going to be seeing a lot more adoption of air conditioning units.” That means regions where few homes currently have AC could in the future have a much greater demand for power, putting strain on electricity grids.

On top of that, Ariel Miara, a research analyst with the National Renewable Energy Laboratory, adds that power demand will also increase because moving from fossil power in many ways means switching to electricity—including for cars, appliances, and heaters. So we’ll need more power capacity and transmission infrastructure. Without those changes, we risk dangerous consequences, such as lost lives during combined heatwave and blackout scenarios; one study found that such an event in Phoenix could cause heat illness in more than a million people.

Other examples of infrastructure vulnerabilities abound. Beyond needing their potholes patched, roadways across the country may need to be repaved with a new mix of materials. While pavements in warmer climates already withstand heat, others rupture when hot, like the roads in Portland recently did. “How do we make sure that the roadway can withstand those extra hot temperatures that we’re not used to seeing?” says Kristina Swallow, the director of Nevada’s department of transportation and a civil engineer. “It is something that all [transportation] agencies are considering … making sure that when we pave the road we’re paving it for the conditions and temperature ranges that we would anticipate seeing.”

Infrastructure investments that consider the future climate may be more expensive upfront, but pay off in the long term. “When you invest in resiliency at the outset, there’s a six-to-one return on investment, in terms of not having to rebuild that infrastructure at a later date,” says Swallow.

But without changes that both make infrastructure more robust as well as steer society toward a less emissions-intensive future, we’re still risking greater costs down the road. Repairing streets and building new roads without investing in alternative modes of transit—walking, biking, or taking bus and rail—simply encourages more driving, which further imperils the livability of the planet. That’s why some climate experts worry that the narrow focus on the recent bipartisan proposal could actually lead to increased emissions.

“Many of us have been very keen on trying to build cities that are a bit more dense, and therefore energy efficient, water efficient, in many cases more sustainable [compared to] a single occupancy automobile approach, ” says Shandas. “I suspect that if we’re not actively integrating our understanding of the way the climate system interacts with this infrastructure and potentially makes it degrade even faster, or potentially amplifying climate system impacts, then we’re missing real obvious and low hanging fruit.”

Re-imagining our infrastructure can help protect us from the extremes to come and vastly reduce our impact on the planet. Cities can become sustainable hubs for humanity. But such visions are likely to remain mere dreams if we limit our definition of infrastructure investment to patching up an automobile and fossil fuel-centric status quo.