A powerful but inefficient metabolism generates the heat otters need to survive. 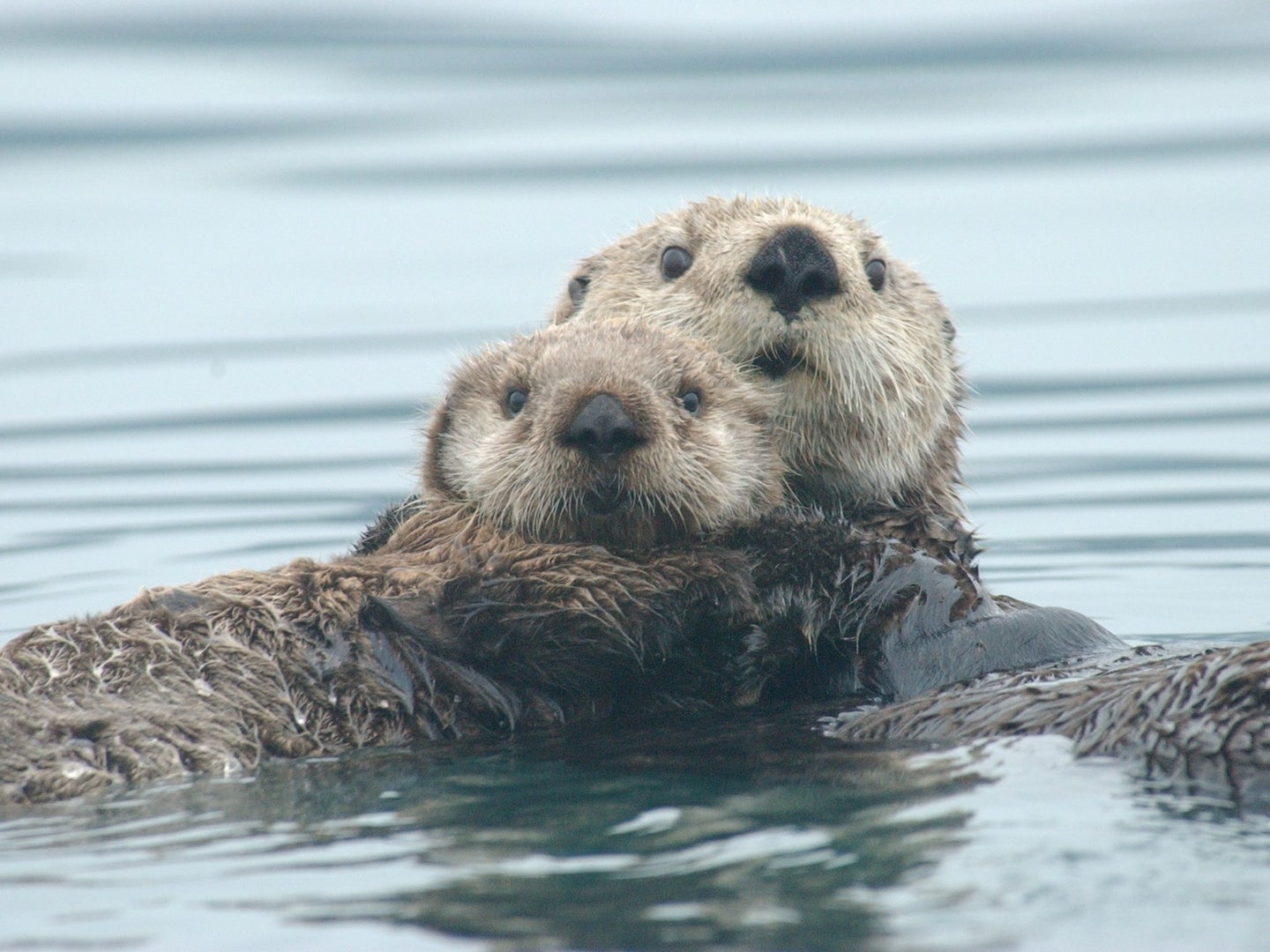 Sea otters spend up to half their day eating, during which time they can consume up to a quarter of their body mass in food.
SHARE

Keeping warm is no easy feat for sea otters.

The animals spend most of their time in water, which sucks heat away from the body about 23 times faster than air. Their North Pacific habitat is impressively chilly, with water temperatures ranging from zero to 15 degrees Celsius (32 to 59 degrees Fahrenheit). Sea otters are also the smallest marine mammals, which means they have a larger surface area relative to their body size through which to lose heat, and they lack the insulating blubber found in their more massive relatives.

“These guys do have the densest fur of any animal on Earth, and that’s [still] not quite enough to keep them warm,” says Traver Wright, a physiologist at Texas A&M University in College Station. “So they have a really revved-up metabolism and it’s thought to be for the cause of generating heat and staying warm.”

He and his colleagues wanted to know how the animals maintain a resting metabolic rate that is three times higher than that of similarly-sized mammals. When they examined tissue samples from wild and captive otters, the scientists found that heat leaking from the skeletal muscles could account for this impressive ability.

“These guys have got a metabolism that is really kind of tailored for being inefficient,” says Wright, who reported the findings on July 8 in Science. “The muscle can burn a lot of energy even when it’s not being physically active.”

Skeletal muscle—the most common kind of muscle, which is responsible for voluntary movement—is one of the body’s most metabolically active tissues. It constitutes 40 to 50 percent of the mass of most mammals, making it the largest tissue in the body. Muscles generate heat when they contract during exercise or shivering. However, they can also give off heat via a process called nonshivering thermogenesis, which Wright and his team suspected was crucial for the sea otters.

The researchers focused on how the muscle cells make energy. Typically, carbohydrates are broken down in the cells to form a chemical called pyruvate. Pyruvate enters the energy-generating machinery of the cell, known as the mitochondria, to be further metabolized. This process releases energy that is used to pump protons, or positively charged particles, across the mitochondrial membrane. This so-called proton gradient fuels the conversion of adenosine diphosphate (ADP) into the energy-storing molecule known as adenosine triphosphate (ATP).

“ATP can be used to power things in the cell—in this case, [in] a muscle cell, to power contractions and just the normal, everyday energy expenses of maintaining a cell,” Wright says.

However, sometimes the flow of charged particles that turn ADP into ATP is interrupted.

[Related: These otters learn how to snag snacks by watching their friends]

“Essentially little holes that are poked in the inner membrane allow those protons to flow back into…the center of the mitochondria,” Wright says.

This means that the cell has to work harder to make the same amount of ATP, burning energy and creating heat that disperses instead of being put to work. Wright and his team wanted to understand the sea otters’ metabolic leak capacity, a term that refers to how much energy the sea otters’ muscles can “lose” this way.

The scientists collected small muscle samples from 21 otters ranging in age from newborns to adults and cleaned out any remaining fats or sugars the cells could have burned for energy, as well as any lingering ADP.

The researchers then placed the tissue samples in a sealed chamber, fed them pyruvate, and measured how much oxygen the cells used up to metabolize the chemical. Since the cells were unable to make ATP, any work they did would be aimed at keeping the proton pump running. The harder the cells worked, the more “leaky” they were.

Finally, the researchers supplied the cells with ADP. This let them examine how the cells would operate under normal conditions.

The researchers found that the “leaky” energy generation accounted for up to 41 percent of the cells’ metabolic capacity. The otters’ leak capacity varied from roughly two to seven times greater than that recorded for other mammals including Alaskan huskies, humans, horses, elephant seals, and rats.

The scientists could only find data on a handful of species, so it’s not clear how representative these other mammals might be, cautions Wright. However, he and his colleagues also noticed that the metabolic leak capacity of newborn and captive otters was similar to that of adult and wild ones. This suggests that the driving force behind their unusually high metabolic rate is keeping warm rather than swimming, foraging, or other activities.

Using this heat to warm the body is energetically costly. Sea otters have to spend up to half their day eating. In a single day, they can consume up to a quarter of their body mass in food.

“It’s important to recognize that just because that leak capacity is there doesn’t mean that it’s always running at full tilt,” Wright says. Still, he says, “It highlights the importance of skeletal muscle for more than just what we typically think of as the ability to let us move, and how important it is for regulating the metabolism of the entire body.”

Although humans don’t have muscles that “leak” as much heat as otters do, scientists are investigating whether leak metabolism can be manipulated to regulate obesity, he adds.

It’s possible that this inefficient form of metabolism was a critical adaptation that helped the terrestrial ancestors of marine mammals inhabit the world’s oceans, Wright and his colleagues concluded in the paper.

“This ability of this muscle tissue to change to suit the [otter’s] needs seems critical for these animals to survive in what we would consider extreme environments,” he says.