The argument for a permanent Olympic City

Olympic stadiums can be costly and wasteful—so why not just have one? 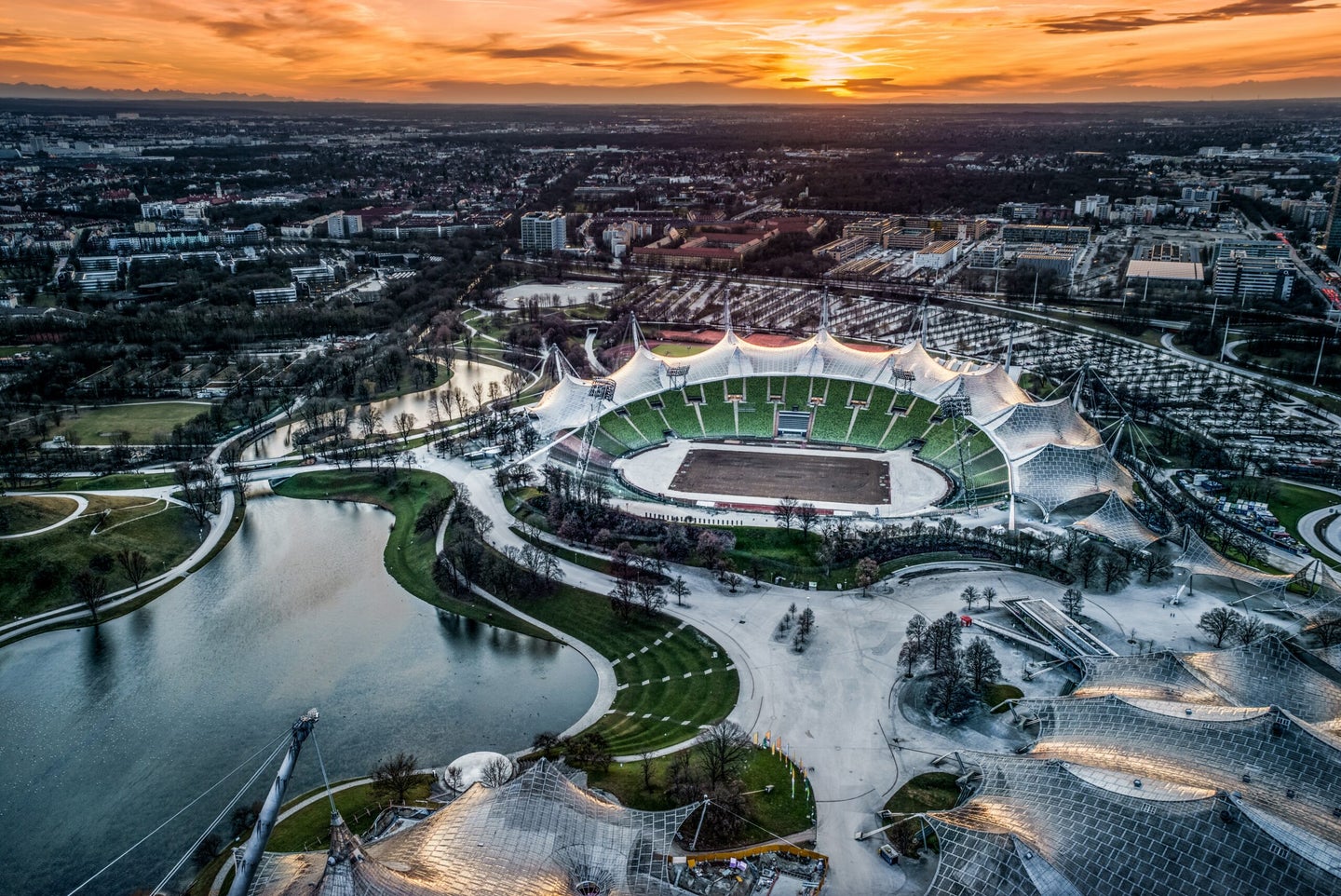 Some Olympic stadiums live on in relevancy and use (like the Munich stadium, pictured here)—but some simply deteriorate once the athletes and spectators are gone. Christoph Keil on Unsplash
SHARE

The summer Olympics have been a quadrennial tradition ever since the late 1800s—when modern sports and rivalries freshened up the ancient tradition. Since COVID-19 crashed the schedule for last years’ events, now the world is gearing up again for another round of competition in Tokyo.

Transporting athletes and fans from all over the world and to cities hosting the Olympic games comes with a gigantic carbon footprint, for example, the 2012 London Olympics had an estimated footprint of over 400 thousand tons of CO2 emissions. Constantly building brand-new stadiums every few years that often go unused after the games, with very few exceptions, is also extremely wasteful. The 2016 Rio Olympics whipped up a whopping  3.6 million tonnes of carbon when including all that went into infrastructure. Eerie listicles of decaying stadiums, including Rio’s, litter the internet with costly examples of the wasted hundreds of millions of dollars worth of labor and materials that go into just one site.

For as long as the games have existed, there have been proponents of having just one Olympic location. King George of Greece gave a speech offering to permanently host the games in the spirit of its origins in 1896, the year of the first modern Olympic games. Some countries, like the United States, agreed, while others, including Pierre de Coubertin who revived the modern Olympics, worried that it would make the games too Hellenistic and that it would hurt the international spirit behind the worldwide event. John Rennie Short, a public policy professor at the University of Maryland, has spoken in the past about the environmental and financial benefits of having the games in a singular location.

“The feeling was that the cost of hosting the games was getting more and more gargantuan … costs were increasing, the environmental impact was getting heavier, you’re transporting thousands of athletes and trainers,” he says.  “The carbon footprint is enormous.”

According to a 2018 New York Times report,  the Pyeongchang organizing committee estimated that the winter games would generate about 1.6 million metric tons of carbon dioxide emissions— more than the island of Barbados produces in a year. A third of the emissions would come from transporting and housing the athletes and spectators.

“[The argument] is always ‘this is great for the city, we’ll get new infrastructure…. We’ll make money,” Short said. “But the [financial] cost of the games are rarely covered by the [International Olympic Committee].”

So many major cities have lost the equivalent of millions of dollars hosting the games—money that could be used to help cities switch to renewable energy to keep up with growing promises to meet net-zero carbon goals.

Hosting the Olympics in a single location could mean more environmental oversight, especially for governments that do not take climate and environmental issues seriously. The 2014 winter Olympics in Sochi, Russia was widely criticized for its negative environmental impact to the region. The Russian government told members of the International Olympic Committee, or IOC, that the games would be “zero waste,” Time Magazine reported. Sadly, the games were anything but.

Construction that led to 2014 was rife with illegal waste dumping, limiting water access for locals, and disrupting the migration routes for regional wildlife. The main event itself was hosted inside of the Sochi National Park, which is a UNESCO World Heritage site that boasts the greatest biodiversity anywhere in Russia.

“The IOC actually made sustainability one of its pillars. But you always have to look at the IOC and what they say and what they do,” he said. “Sochi was a complete disaster.”

The IOC does have an extensive Sustainability Strategy that includes a section about the repurposing of materials and offsetting carbon emissions. But the skeletons of former Olympic stadiums dot the globe unused, and the material in them is deteriorating instead of being repurposed for housing and other large events.

Short argued that having a singular location that is vetted extremely carefully with engineers and the input of different conservation groups could potentially stop another environmental blunder in the future. Having a single stadium would make it easier to have quality control and either add on or take off structures. Old buildings could even be retrofitted for other future uses. But, having one location would depend on if the IOC would be open to it, if outside environmental and economic oversight were allowed, and if a country would be willing to allocate the space for an Olympic center.

Short hopes that it can be a possibility one day and feels that the organizing efforts behind a single Olympic village will be worth the time and labor.

“​​If you had an Olympic-sized Greek island … the place would be a site for international meetings involving everything from math competitions, to folklore to helping young athletes from poorer countries [for training],” Short suggested. “The Olympic Games is the last of this throwaway package mentality. Build this stadium, then move on … it just seems ludicrous in this day and age.”