Shark Week may be hurting, not helping, its namesake creature

More focus on conservation, and less on gore, is necessary to truly help shark species. 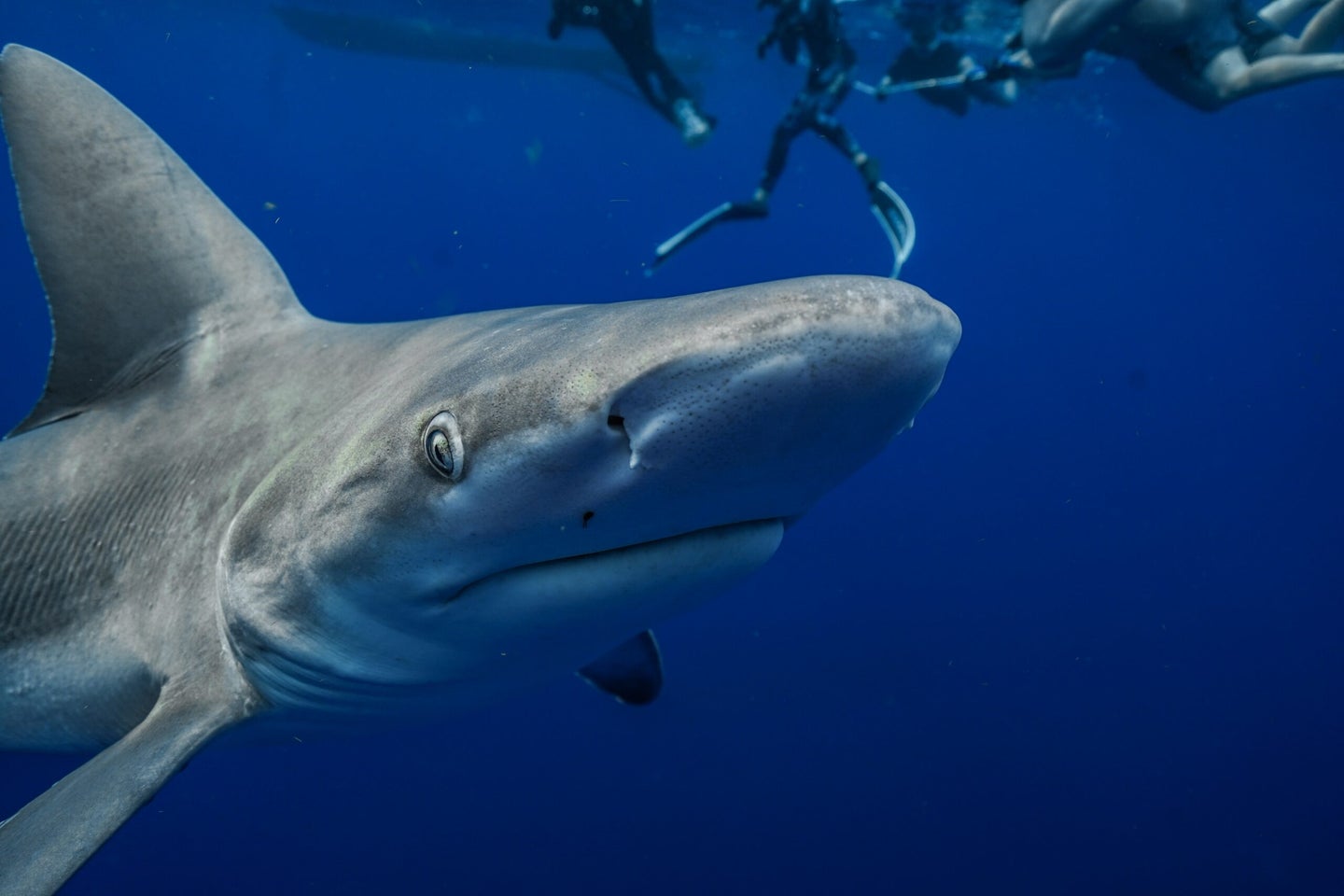 Sharks are worthy of protection—not so much fear. Alina Myers from Pexels
SHARE

Now in its 33rd year, Shark Week is the longest-running cable event in history reaching 27 million viewers—a gigantic audience for marine biologists and conservationists. Discovery Channel claims the goal of Shark Week is to shed light on the latest scientific findings on these underwater predators and encourage conservation efforts of the often misunderstood creatures.

Shark conservation is crucial in today’s world. About 27 percent of cartilaginous fish, including sharks, are estimated or assessed to be threatened with extinction, says Lisa Whitenack, an associate professor of biology and geology at Allegheny College.

But, according to researchers, the iconic week of television might be hurting those it claims to help. According to a talk given by Whitenack at the American Elasmobranch Society (AES), an organization dedicated to the research of sharks, skates, and rays, Shark Week fails to deliver on this goal. The analysis, which is currently under review at PLOS one, found Shark Week consistently portrays sharks negatively, airs falsehoods, and does not adequately represent shark scientists.

As apex and mid-level predators, sharks play a critical role in underwater ecosystems. By gobbling up weak and sick fish, these herculean beasts ensure species diversity and healthy competition. In fact, the loss of sharks in particular habitats can lead to a decline in coral reefs and seagrass. Efforts to protect these agile marine residents are essential to protecting even the smallest living things in the ocean.

The takeaways from hundreds of hours of of Shark Week

To understand Shark Week required hours of binge-watching—around 201 episodes out of 273 aired over three decades of shark obsession“We watched a whole lot of TV, basically as many episodes as we could get our hands on,” says Whitenack, whose research usually centers on shark teeth and the evolution of these mighty swimmers.

What the researchers found was that over 50 percent of the episodes contained negative images of sharks or negative statements about sharks, like calling them killers or describing them as hunting humans — which, by the way, sharks rarely do. Only about a dozen of more than 300 species of sharks have been reported attacking humans, and if they do, it’s probably a mistake: sharks prefer snacking on seals, sea lions, and other marine mammals.

Shark bites were also the third most common episode topic, and almost 22 percent of episodes had damaging titles with words like attack, fear, deadly, and monster. And, only six episodes gave viewers action-based advice for supporting shark conservation, like donating to conservation efforts.

[Related: Sharks have a sixth sense for navigating the seas.]

But, at the same time, over 50 percent of the episodes also mentioned, if only briefly, the importance of shark conservation and their role in the ecosystem. “It was a whole lot of negative with a quick positive statement or a quick pro-conservation statement at the end,” says Whitenack.

The contradictory message could be confusing for viewers, especially when paired with gory, dramatic reenactments of shark attacks.

“I can say, personally for me, there were a lot of painful moments of stuff that was over the top in reenactments,” says Whitenack. “I have an eight-year-old and an eleven-year-old. They love sharks just like their mom, and they really like watching some of these shows, but they did not like seeing the blood and I didn’t want them seeing all that gore either.”

Another cause of concern was about 22 percent of the 204 “experts” featured on the programming had no published research. In fact, the most prolific expert, having appeared on 43 episodes, had no scientific credentials.

“Some of the people who are being presented as shark experts are either filmmakers or divers,” says Whitenack. “They are experts at underwater cinematography and experts at diving with sharks, but that is absolutely not the same thing as being an expert who knows about the biology of a shark and how they work.” Sometimes, the stories told weren’t even rooted in science at all— 16 percent of episodes contained no scientific research, and seven percent are purely based on myths and legends of sharks that never existed.

For example, Shark Week aired a fictional feature on Megalodon, the world’s biggest shark that went extinct about 2 to 3 million years ago during the Pliocene. There was a short disclaimer about the story’s basis in fiction, but the message didn’t stick with viewers, according to Whitenack. In fact, 73 percent of viewers in a poll conducted by Discovery after the show aired believed the Megalodon was swimming the deep seas.

[Related: Sharks and rays are far less abundant in the world’s oceans than 50 years ago.]

The final problem Whitenack and her colleagues found was the lack of diversity amongst shark experts presented. Almost 79 percent used male pronouns and 93 percent were white or white-passing. This is especially problematic due to filming taking place in predominately non-white populations like Mexico, the Bahamas, and South Africa. Today 55 percent of AES members are female and 33 percent do not identify as white, according to Whitenack, so there’s no shortage of diverse shark experts.

How can Shark Week improve?

Despite these troublesome statistics, Shark Week still presents a unique opportunity to educate the general population about the importance of these sea-swimming predators. And while there were problems with plenty of episodes of Shark Week, Whitenack says she still found a couple of favorites in the show Alien Sharks that were “factual and true.”

“We’d like to see more fact-based and positive programming, and a lot less fear-based and contradictory programming, so that there is a clear, positive message about these sharks,” Whitenack says. “We’d also like them to add actual conservation content, so they aren’t just stating sharks are in trouble or they’re important for the ecosystem, but giving people ways they can help.”

Some ways people can actually help sharks is by voting for politicians who support marine conservation efforts, signing conservation petitions, and donating money to conservation efforts, says Whitenack. And pushing out that information instead of fear and terror on one of TV’s most iconic weeks of programming can make it so these mesmerizing creatures can keep gracing our screens for years to come.