We finally know what sparks the Northern Lights

It took researchers more than 20 years to figure out this light show mystery. 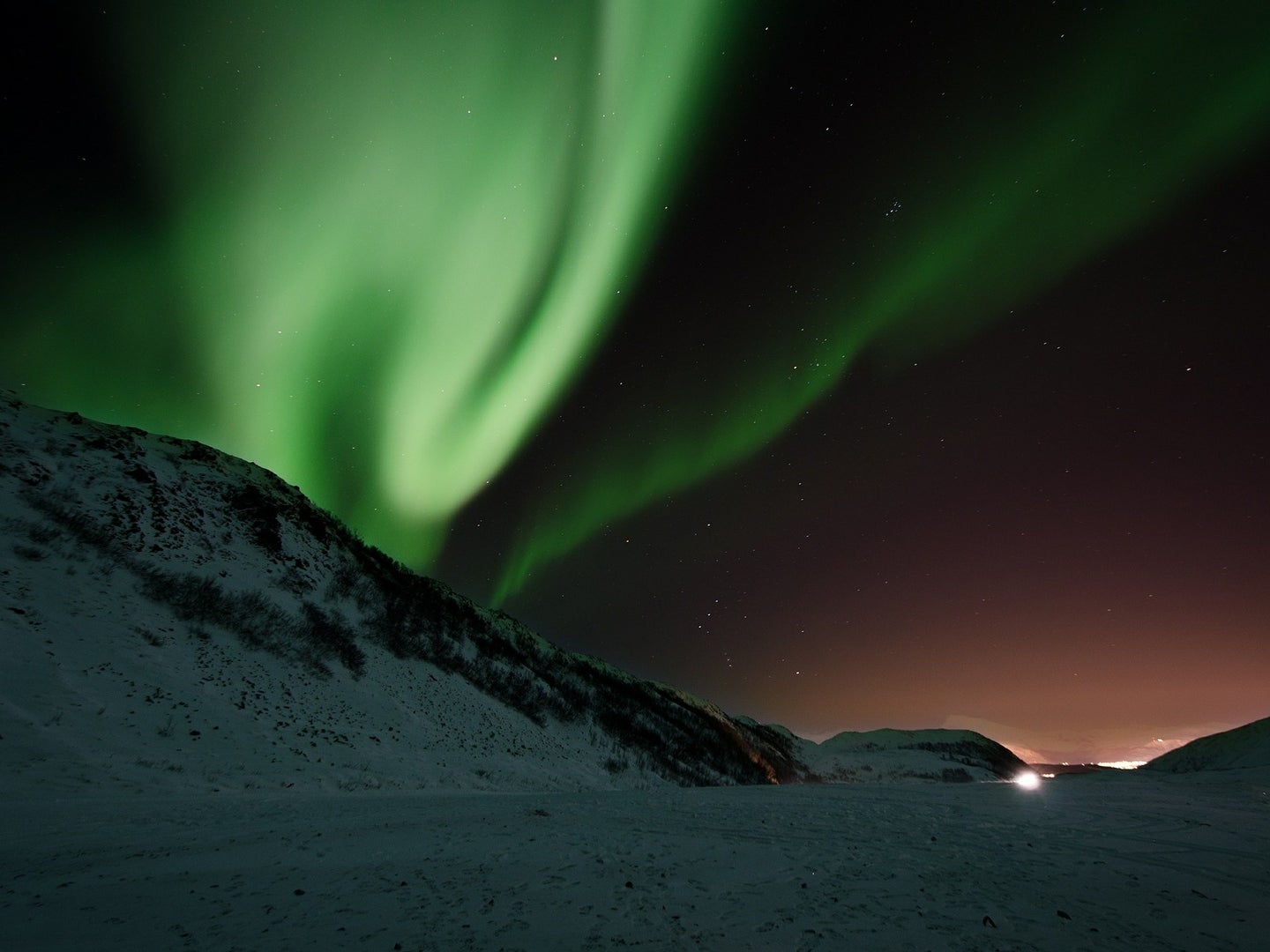 It took 20 years for scientists to understand what forms auroras. Pixabay
SHARE

Find yourself up high enough in the northern or southern latitudes, on a night with clear skies, and you might just be treated to one of those mesmerizing natural light shows called auroras. Scientists had long known that solar storms were responsible for those dancing curtains of light, but until now they hadn’t confirmed the underlying mechanism: thrill-seeking electrons.

It’s not a revelation that came cheaply. Published in Nature, this latest evidence is the product of over twenty years of work.

Auroras appear when solar storms, outbursts of radiation and charged particles from the sun, strike the Earth’s magnetic field in the upper atmosphere. But then what happens?

Scientists had a theory: Alfvén waves. Picture a magnetic field as a web of lines. If you stretch and pull at those lines, an Alfvén wave is what spawns when the lines attempt to snap back into place. It’s the magnetic equivalent of a wave surfing down a string.

As solar storms wash over the Earth, they bend the lines of the Earth’s magnetic field out of sorts. Scientists think that the resultant Alfvén waves accelerate electrons. Like a skier hurtling down a mountain on broken skis, those electrons then go crashing into our atmosphere’s oxygen and nitrogen atoms. The excited atoms release their newfound energy as the dazzling light we know as auroras.

Scientists like Craig Kletzing, a physicist at the University of Iowa, had predicted this rubber band-like sequence in the 1990s. What they hadn’t done was test it. It’s hard to do that by watching the atmosphere with spacecraft. So they decided to make a plasma splash for themselves.

[Read more: What happens when the sun burns out?]

You can’t really replicate outer space in the laboratory. “But we can zero in on specific conditions or specific mechanisms,” says David Schaffner, an experimental plasma physicist at Bryn Mawr College outside Philadelphia, who wasn’t involved with this work.

Here, that meant creating their own gnarly Alfvén waves. “The way to make Alfvén waves is to produce disturbances in magnetized plasma,” a combination of a magnetic field with a soup of hot charged particles like ions and electrons, says James Schroeder, a physicist at Wheaton College in the Chicago suburbs, and the paper’s lead author.

Fortunately, researchers could turn to something on the ground: the Large Plasma Device at the University of California at Los Angeles’s Basic Plasma Science Facility.

The rather bluntly-named device is a tube as wide as a tree trunk and as long as a tenpin bowling lane, shrouded in magnetic field coils. By filling it with a gas and shooting an electron beam through it, scientists can quickly make a magnetized plasma. In fact, scientists can make it happen once every second.

“We have a lot of experience in launching Alfvén waves in this device,” says Troy Carter, the plasma facility’s director. “That’s what it was built for.”

But while the device has been used for all sorts of research—everything from supernovae to nuclear fusion—auroras weren’t really in that list when Kletzing and his colleagues first went to Los Angeles with the Alfvén wave idea in 1999.

“Initially,” says Gregory Howes, a theoretical plasma physicist at the University of Iowa, “he thought it would take about three years…”

It ended up taking more than two decades, and required the contributions of a half dozen graduate students.

The technical challenges were daunting. First, not just any Alfvén wave would do. The researchers had to create an antenna that could launch Alfvén waves with enough amplitude to accelerate the electrons.

Next, the researchers needed to find a way to watch specific electrons. “Only about one in a thousand of every electron in the plasma actually interacts with this wave,” says Howes. “The electrons that are being accelerated in this plasma are the ones going much faster than your typical electron. So measuring them is extremely difficult.”

They did this by launching more waves into the magnetic field. But these waves, called “whistler waves,” are ultra-sensitive to electrons. Scientists can use them to track even fast-moving electrons. It’s a method commonly used by fusion researchers, but after years of tinkering with it, these aurora experts were able to use it for their Alfvén waves.

To analyze their data, Howes and a graduate student turned to a technique used in spacecraft calculations, combining electric and magnetic measurements with measurements of the electrons to generate a distinct “signature.” From that, they could tell if electrons were actually riding the Alfvén waves.

“This is the first time we used it in laboratory measurements,” says Howes. “It was really sort of the final piece of the puzzle to say, ‘Hey, we’ve actually made the measurement we’re aiming at.’”

“We’d done the experiment 65,000 times,” says Schroeder. “That sounds really impressive, but the way [the device] is set up, it’s designed for this high repetition. So the experiment runs once a second.” That’s 65,000 seconds in total—or about 18 hours.

Looking at their results, the scientists saw that already fast-moving electrons were really the ones being accelerated, a bit like surfing. “You have to paddle pretty close to the speed of the wave,” says Howes, “and then the wave can start to pick you up, and you start to slide down the front of the wave, gaining energy as you go along with it.”

And importantly, their electrons behaved just as Kletzing and his colleagues predicted they would. Accelerated by the Alfvén waves, those electrons surged to energies high enough that, were they sailing in polar skies, they could trigger auroras.

“It’s really … the kind of work that a lot of us aspire to, in terms of bringing together all of these different elements,” says Schaffner.

It’s a major achievement, but auroras are far from a settled science. There’s all sorts of unanswered questions. The Iowa team’s research only looked at discrete auroras, the intense kind you normally see in pictures. “This research doesn’t answer other types of auroras,” says Schroeder, “how those are formed.”

To unlock more details about what emerges from the sun, plasma scientists are eagerly following the Parker Solar Probe, which will come into place around the sun in 2024.

“The kinds of conditions that are seen closer to the sun,” says Schaffner, “that’s a lot of fertile ground for trying to identify laboratory experiments that might be able to further probe what’s going on.”