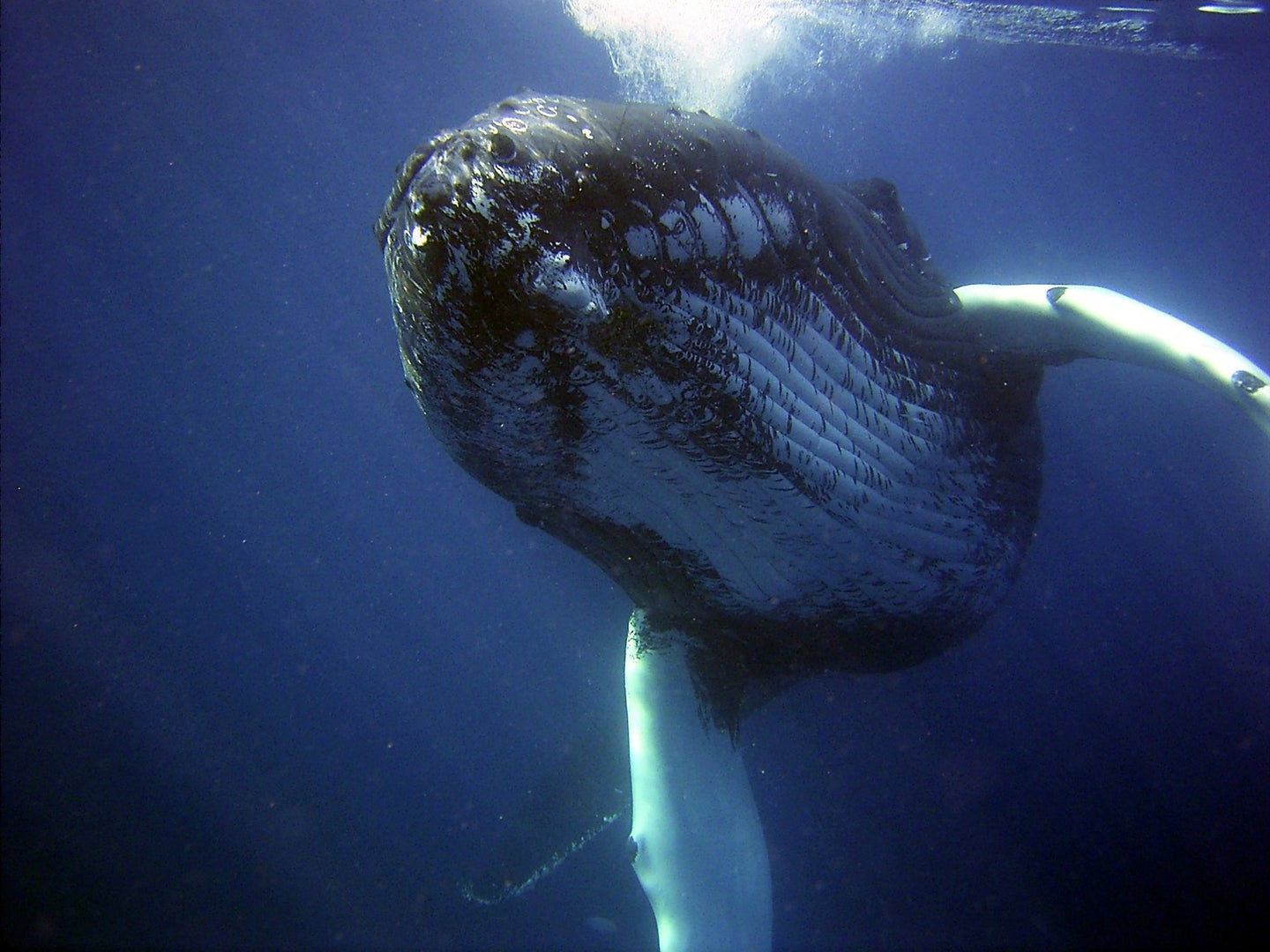 On January 15, 2016, a dead humpback whale was spotted floating off the coast of Virginia Beach. Then Virginia played host to two more stranded humpbacks.

In the waters and beaches of New York, people reported four dead humpback whales, and in North Carolina, the sad total reached five. Rhode Island, New Jersey, and Maine each reported two deaths of the same species. Maryland and New Hampshire each found one. Delaware and Massachusetts found three each. By any account, 2016 was a terrible year to be a humpback whale on the east coast of the United States.

The new year is no better. So far, 15 additional dead humpback whales have shown up along the east coast, bringing the total to 41. The high number led the National Oceanic and Atmospheric Administration (NOAA) to open an investigation into what is now officially classified as an unusual mortality event.

NOAA is now investigating why so many humpback whales are dying in this particular area. They’re doing necroscopies—animal autopsies—on whale carcasses that aren’t too badly decomposed, collecting environmental and population data, and generally trying to figure out why this keeps happening.

Just under half of those events remain biological cold cases, with cause(s) of death still uncertain.

In cases where researchers were able to determine a cause of death, infections, biotoxins from algae, and ecological factors were the top culprits. Human causes—like ships running over whales—also played a role in some instances.

So far, 10 of the 20 dead whales that have been necropsied clearly showed signs of being hit by boat propellers. That stands out because normally, NOAA only gets an average of 1.4 reports of boats hitting whales per year. Seattle Times reports that boat traffic in the region has not increased.

Estimates put over 10,000 humpback whales in North Atlantic waters. Several populations of humpback whales (including this one) were recently removed from the endangered species list, but the species is still protected under the Marine Mammal Protection Act.

The humpback whale isn’t the only unusual mortality event that NOAA is looking into. They currently have open cases looking into the mysterious deaths of Sea Lions and Guadeloupe Fur Seals in California, and large whales and seals in Alaska. Until we know what’s causing them, we can’t take action to avoid further disaster.