You think those monkeys aren't gossiping about you? How naive. 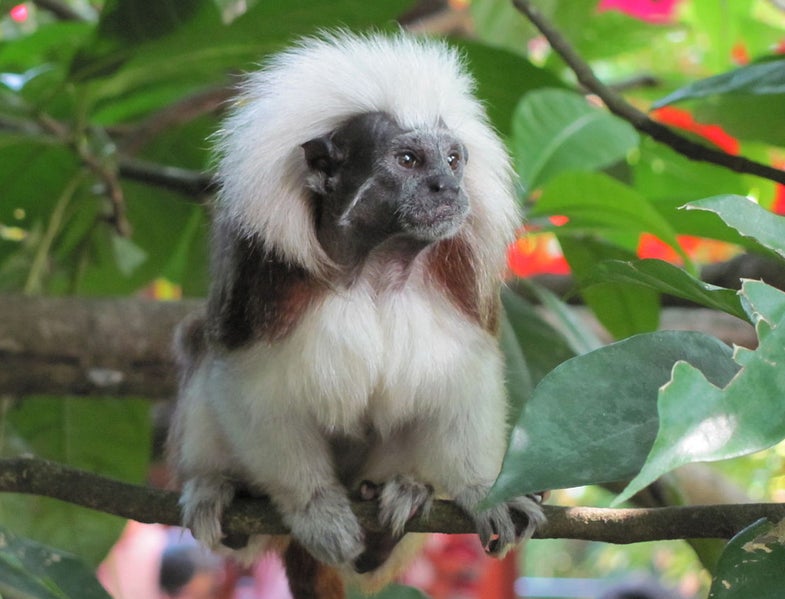 The tamarins of New York City’s Central Park Zoo have been caught telling secrets. In the first recorded evidence of whisper-like behavior in non-human primates, the tiny monkeys were observed making very quiet, almost inaudible vocalizations in the presence of zoo supervisor who they found threatening.

These cotton-top tamarins had a history of going wild in the presence of this supervisor, who they associated with their both capture and uncomfy medical procedures. In the past, they had harassed him with loud vocalizations, according to the zoo staff. But when researchers from the City University of New York recorded the tamarins’ behavior before, during and after visits from the supervisor, they found that the monkeys didn’t mob him as they had previously–instead, they emitted low amplitude chirps and whistles, the monkey equivalent of whispers. The calls were so quiet that the researchers didn’t even catch them at first.

“Although it is unclear what the motivational state of the tamarins was when in presence of the supervisor, it appears that they were responding to him as an ambiguous threat and may have been investigating the situation by cautiously approaching him to determine the actual level of threat and communicating to each other the appropriate behavioral response to take,” they write.

This is the first observation of a monkey’s whispering ways, but other animals have been caught lowering their voices before. Richardson’s ground squirrels use ultrasonic whispers to warn nearby relatives of danger, for one. Some birds, bats, and even a species of fish have also been found to occasionally lower their voices, in threatening situations, while hunting and during courtship. It’s possible that more animals than we realize have the ability to whisper, the researchers conclude, but since the whole point of a whisper is to be subtle, scientists just haven’t noticed.

The full study is available in Zoo Biology.