Further research has been halted after the robot's head was ripped off by angry birds. 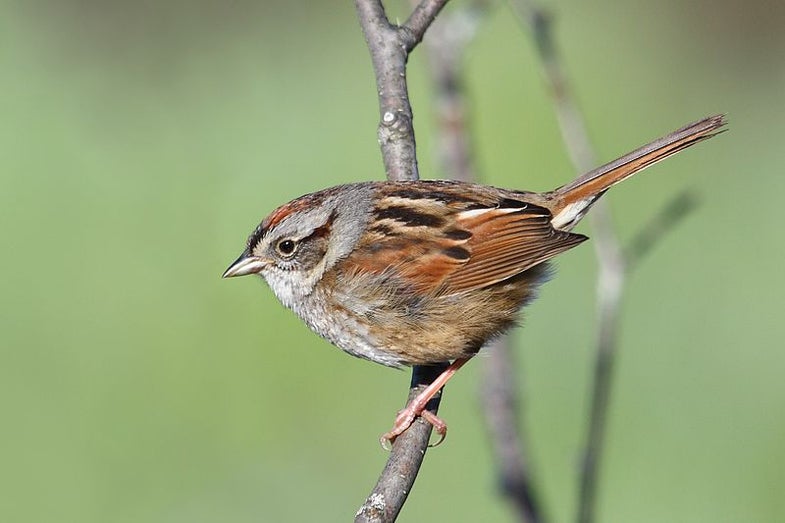 Male sparrows do indeed get angry, especially when another male is intruding on his territory. Angry birds can fight to the death in whirling masses of feathers and beaks. But sometimes a bird would rather try to bluff and scare off a potential foe, using rude wing gestures to show it’s ready to fight and welcomes the challenge (although it might not). To study this in more detail, scientists at Duke University stuffed some robotics equipment inside a dead bird.

Duke undergrad David Piech assembled a miniature processor and some servos and put it into a taxidermied sparrow. Then biologist Rindy Anderson and colleagues took it into a swamp sparrow breeding ground in Pennsylvania. The team rigged a speaker beneath a robo-bird perch, so the dummy sparrow would seem to be “singing” to alert other male birds of his presence. It also could move a wing, in a bird version of raising your fists. Then the team watched what happened.

The live birds responded aggressively toward the wing-waving robobird, Anderson said. They were so aggressive that they killed it–one bird ripped off robobird’s head during a true fight to the death. Further experiments are halted indefinitely.

The team also used a stuffed bird that could twist from side to side and not wave its wing, and the real birds attacked this one, too, but were not as aggressive about it. Anderson’s team thought the real birds might match the wing signals of the robobird, and they did, with each bird demonstrating different levels of aggression. The study is a step toward understanding how birds communicate using visual displays, as well as tweets and song, the researchers say. It’s published in the journal Behavioral Ecology and Sociobiology.