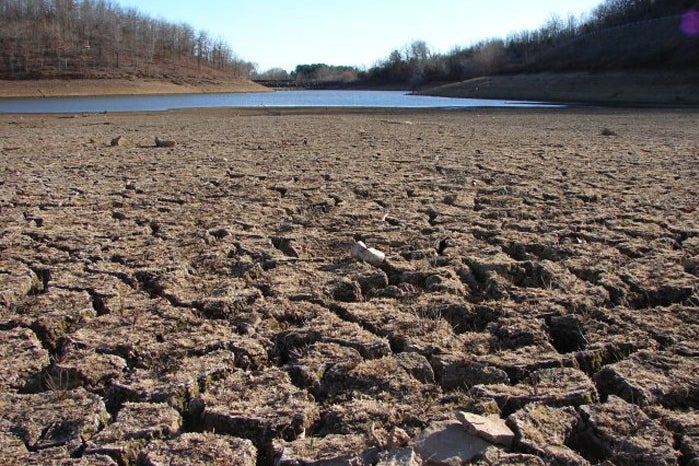 Here’s your latest global warming update: It’s still happening. Intense heat is now four times more likely to strike in the U.S. than it was in pre-industrial times, according to a new study from Stanford University researchers.

July 2012 was the hottest month on record in the lower 48 states, and the summer brought the “most severe and extensive drought in at least 25 years,” according to the USDA. And it seems summers like last year’s are going to become more commonplace, with 2012-esque temps becoming more likely, specifically in the north-central and northeastern United States.

This study follows on the heels of a recently leaked draft of an Intergovernmental Panel of Climate Change report, which noted that scientists believe we are experiencing more heat waves because of climate change–which yes, we’re still sure humans are causing.

“It’s clear that our greenhouse gas emissions have increased the likelihood of some kinds of extremes, and it’s clear that we’re not optimally adapted to that new climate.”As always, we can’t point to climate change as the cause of one specific weather event. But it’s pretty clear it raises the likelihood of extreme weather, including extreme heat.

“It’s clear that our greenhouse gas emissions have increased the likelihood of some kinds of extremes, and it’s clear that we’re not optimally adapted to that new climate,” co-author Noah Diffenbaugh, an associate professor of environmental Earth system science, said in a statement. “Knowing how much our emissions have changed the likelihood of this kind of severe heat event can help us to minimize the impacts of the next heat wave, and to determine the value of avoiding further changes in climate.”

The report was part of a special supplement to the _ Bulletin of the American Meteorological Society_ called “Explaining Extreme Events of 2012 From a Climate Perspective.”