Meet The Chimp Who Paints Masterpieces With His Tongue

Who's the finest chimpanzee artist in all the land? This guy. 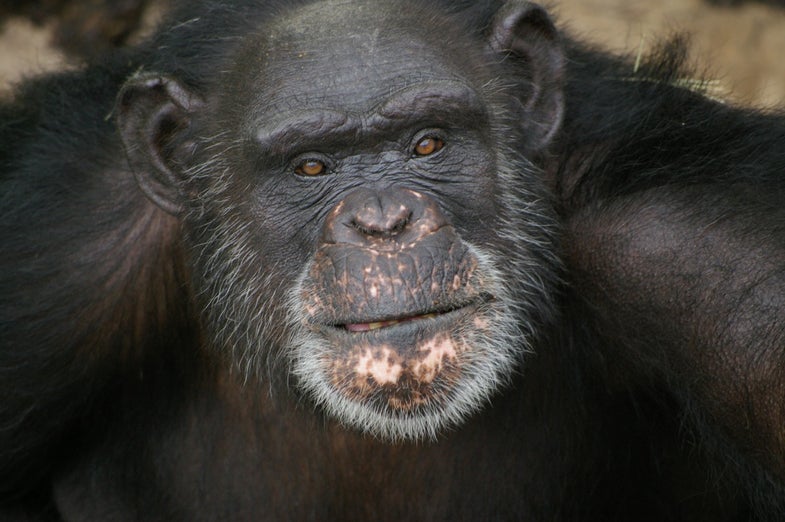 This is Brent. Brent is a 37-year-old chimpanzee who lives at Chimp Haven, a sanctuary in Keithville, La. According to popular opinion, he’s also the greatest chimpanzee artist America has to offer.

Brent’s painting won first place in the Humane Society of the United State’s Chimpanzee Art Contest, garnering the most public votes during the online voting period, which ended last week. Sanctuaries for chimps retired from medical research or the entertainment industry use painting to keep their primate friends entertained.

All six of the chimp sanctuaries that submitted a work of chimp-created art received a $500 grant. As a top winner, Brent earned his sanctuary an additional $10,000 grant from the Humane Society. What’s his secret? Well, some might say it’s his unorthodox style. A true avant-garde artist, he only paints with his tongue.

Cheetah, a former lab chimp, got a little extra love–in addition to placing second in the public voting portion of the contest, his artwork was the chosen favorite of famed chimpanzee researcher Jane Goodall.

Third place went to Ripley, a former actor who now lives in at the Center for Great Apes in Florida.

Keep an eye out–the contest masterpieces will go up for auction on eBay at some point soon, according to the Humane Society. The money will go to the North American Primate Sanctuary Alliance.