And it's on the same scale as parts of the Grand Canyon! 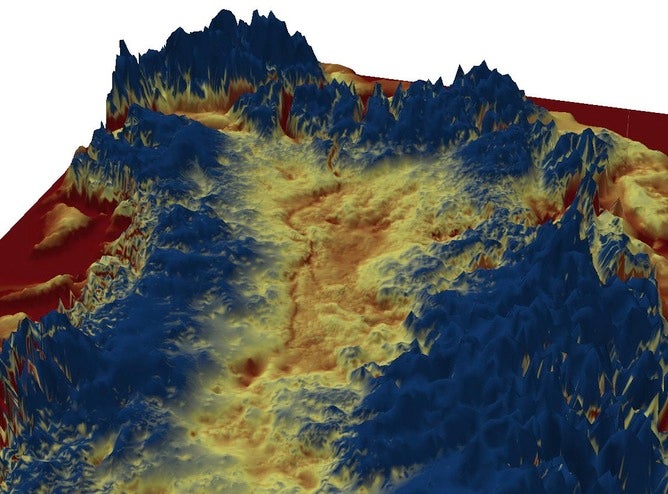 A previously unknown canyon has been discovered in Greenland, hidden beneath the ice. It is at least 750 kilometres long. To put that in perspective, imagine a ten kilometre wide gorge, up to 800 metres deep, running from the Southern coast of England and into Scotland. This is on the same scale as parts of the Grand Canyon.

Jonathan Bamber, who led the research, was originally mapping Greenland’s bedrock, which was previously thought to be relatively flat and smooth. “Unexpectedly, we found an enormous apparent formation,” he said. “We looked at it in more detail, and realised it was a canyon.”

The canyon, which is thought to predate glaciation, has remained hidden beneath two kilometres of ice for more than four million years. It has the characteristics of a meandering river channel, an ancient river system that Bamber thinks hasn’t been significantly modified by ice cover.

It is almost twice the length of the Grand Canyon, half as deep but almost as wide, and certainly the only feature in Greenland this long. 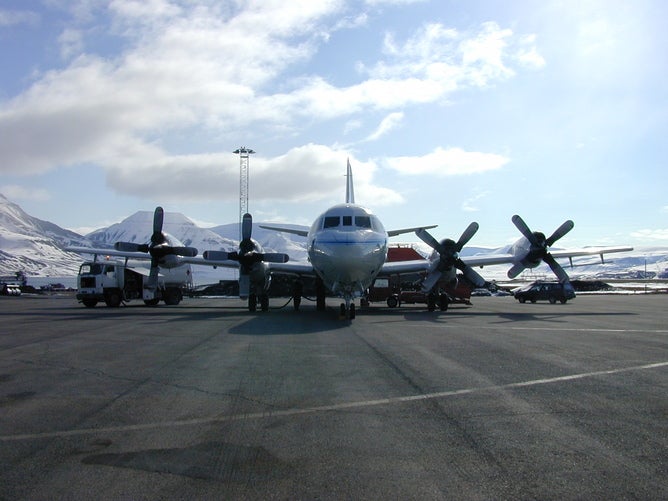 NASA aeroplane in the Arctic, 2002

The discovery of such an enormous geographical formation seems astounding today. We’d probably assume that geographical exploration and mapping were exhausted after the development of satellite mapping.

“This really is quite remarkable,” Bamber said. “In an age when you have Google street view covering the entirety of the inhabited world, when virtually every house is mapped. In this context, to discover a geological feature of such scale is astonishing.”

Timothy James, a glaciologist at the University of Swansea, agrees. “This is very exciting news,” he said. “Although, I’m not really surprised.”

“Considerable effort has been put into collecting bed topography of the Greenland ice sheet recently, and there is a lot of data to be processed and interpreted.”

Accuracy is difficult if the bed proves to be highly featured, which now seems to be the case. James explained that there is much more to be discovered. Take the case of the bed data recently released.

“It has a spatial resolution of 1 km and vertical error that ranges from ±10 m to ±300 m,” he explained. “I’m sure there are many secrets left to discover beneath Greenland’s ice, and likewise in Antarctica.”

The data was collected over several decades by NASA and researchers from the UK and Germany. Radio waves of certain frequencies can travel through ice, but bounce off the bedrock beneath. So researchers sent down pulses of radio energy of this particular frequency. By analysing this radar data, the team were able to map the topography of the underlying bedrock.

Of course, the area contributes to sea level rise, and therefore the findings should help researchers to understand current changes.

“The canyon is significant when we think about the movement of the underlying water,” said Bamber. “This lubricates the ice sheet, and therefore determines the speed at which it moves.”

“We think the canyon is an efficient conduit for ice-melt from the glacier. If you want to model glacial movement – something that is ever more crucial due to global warming – then knowing about such topography is very important.”

The discovery shouldn’t affect our forecasts future sea level in itself, but it does highlights that we still don’t know everything about the surface of our own planet.