This is why it's so hard to catch a fly bare-handed. 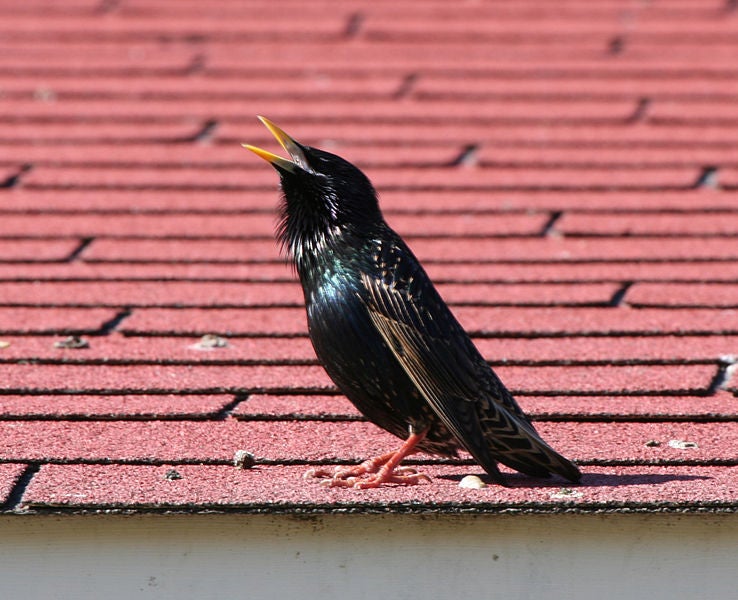 Ever wonder how a fly or a chipmunk can evade your clumsy human grasp so easily? A new study published in Animal Behavior finds that, generally, the smaller the animal, the more information it can see in a small amount of time. That means certain small animals are essentially seeing in slow motion.

But how do you figure out how much information an animal can see in one second? (Hint: you can’t just calmly ask a ground squirrel about its personal life. I’ve tried.) The team examined a trait called critical flicker fusion frequency, which measures how fast the eye can process a blink of light. The test flashes a light, say, four times a second, and checks to see if the eye contracts upon each flash. If the animal’s flicker fusion frequency is lower than four flickers per second (4 hertz), those flashes won’t look like flashes at all; it’ll seem like a steady light. Imagine watching a strobe light but making it go faster and faster and faster until it’s not strobing anymore–it’s just a light. That moment where it becomes a steady light is what the researchers are looking for.

Humans see in 16Hz, or 16 times per second, so videos made for humans need to refresh the screen faster than 16Hz to appear to us as a steady, non-jerky video.

But small animals have a critical flicker fusion frequency much higher than ours; the common starling, for example, an invasive species originally from Europe, has a refresh rate many times higher. Other fast-seeing animals include the golden mantled ground squirrels and the common rock pigeon, commonly known as a flying rat (here in New York City, at least). Generally, the larger and older the animal, the slower it sees. Even in humans, young children are able to see significantly faster than older adults, which can affect things like eye-hand coordination and could be an explanation for Roger Federer’s rough streak of play lately.

You can read the study here.